Consumers today still crave one-to-one attention from their banking providers, and have a strong preference for in-person assistance when making major financial decisions such as first-home mortgages. That’s according to a study from TimeTrade.

In their “State of Retail Banking 2016 – Consumer Survey,” research findings reveal that all ages — but particularly younger generations — say they value the option to visit an actual, physical branch. Both Millennials and Gen Z express a more intense preference for in-person discussions than other generational segments. When it comes to important financial issues, they are among the most willing to visit a bank or credit union branch for advice. 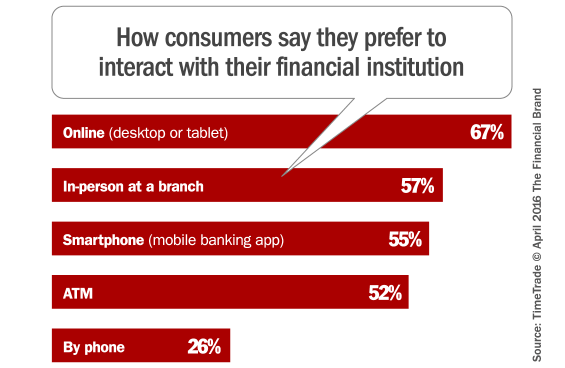 The TimeTrade survey, which encompassed over 2,000 participants, found that nearly half of consumers look to visit a branch, and are more keen to do so when they have bigger banking questions. 43% of respondents report visiting their bank branch more than ten times a year, with the average consumer saying they visited their bank branch an average of roughly six times per year. 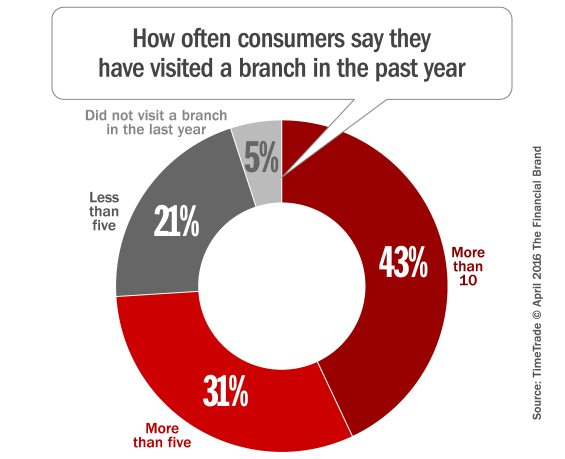 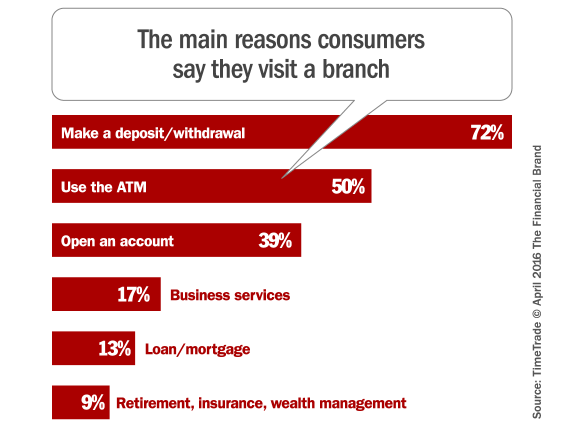 When visiting a branch, 78% said one of the reasons they came in person was that they required assistance from a specialist… perhaps because other digital and self-service channels failed?

TimeTrade says the data indicates that in-person meetings are still a priority, especially when high-value services are involved. However, just because consumers are willing to drive to a branch doesn’t mean they will be patient when they get there. 64% of consumers say they are willing to wait less than ten minutes to be helped.

One way that banks can provide people with a simpler and more convenient service is by offering them the ability to pre-book appointments. 46% of respondents say they would like their bank to offer this option, and 65% overall are receptive to the idea.

Despite industry buzz, consumers seem — for the most part — indifferent about café-style branches, with the majority of respondents in the TimeTrade study saying it has no influence on their decision of where they bank. They couldn’t care less about coffee and wifi, so they say. 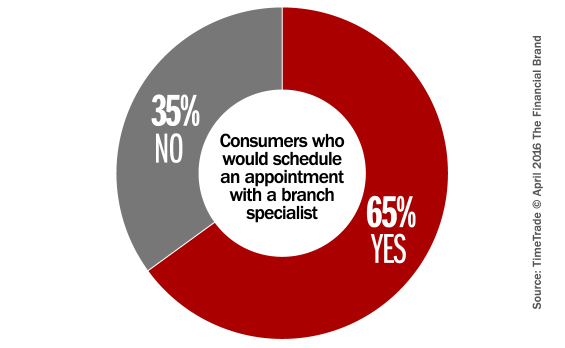 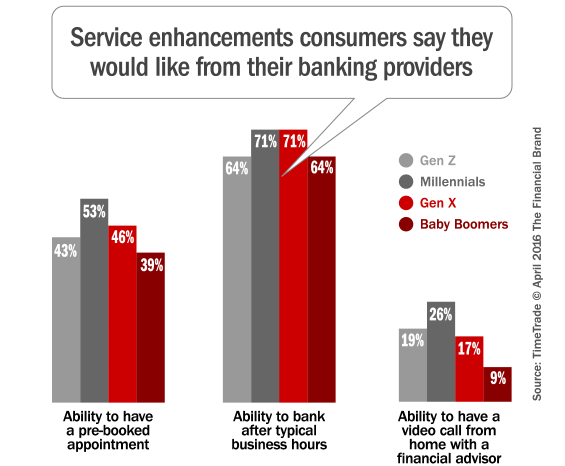 Consumers are also reluctant to embrace a fully-automated branch model. When banking consumers were asked how they felt about branches with no tellers and automated transactions, more than half said they would prefer the option of being able to talk to a teller. Still… there are quite a few consumers who seem more than willing to consider going branchless. 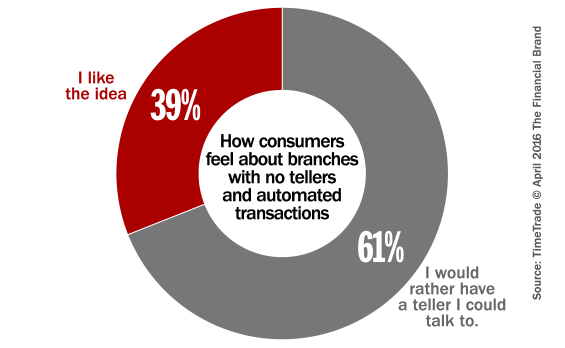 Respondents in the study also expressed apprehension about automation occurring more generally in the banking industry, overwhelmingly saying that — when there’s a need — they would prefer face-to-face assistance from actual people rather than from options like online/remote tellers.

Gary Ambrosino, CEO of TimeTrade, says today’s consumers have the same “on-demand” digital expectations when banking as they do when interacting with retail, travel and other brands. “At the same time, the data tell us that people still want a face-to-face experience when making big financial commitments — not strictly automated online services — and they expect these services with minimal wait-time,” explains Ambrosino.

“In banking, personalization equals trust,” says Ambrosino. “Smart banks are positioning themselves to build trust — and get more business — by personalizing banking experiences.”