Subscribe Now Get The Financial Brand's FREE Email Newsletter
Former Federal Reserve regulator Michael Hsu is the first Biden administration official to take on a banking regulatory job. He's asked OCC staff to take a hard look at past and pending decisions on fintech, crypto and innovation and ordered a major reconsideration of Community Reinvestment Act regulation. And he warns against easy credit practices. 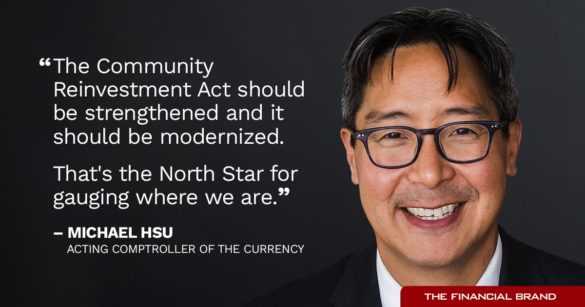