Subscribe Now Get The Financial Brand's FREE Email Newsletter
More people use overdraft service as an intentional personal financial backstop than as a general safety measure, according to new research. Financial institutions that figure out better ways to fill this often critical need can counter the appeal of Chime and other challengers.

The familiar narrative out of Washington about overdraft service generally holds that consumers are hapless victims of evil banks, who set up overdraft plans like mousetraps to snatch fees.

It’s true that some institutions don’t have a history on overdraft policy to brag about, but much of the narrative is flawed because only a comparative few consumers wind up overdrawing by accident, according to a report on people’s attitudes towards overdraft from Curinos. In fact, the report confirms, many consumers depend on the availability of overdraft service as a form of quasi credit, and they don’t want it to be regulated out of existence.

Even among the heaviest users of overdraft service, the surprise overdraft is relatively rare. Only 17% of consumers in that group who went into overdraft said it was because they did not know that their balance was running low.

The research found that two thirds of consumers say that while overdraft is clearly expensive, they don’t want to lose access to the service.

This should give pause to institutions that think the sole answer for their consumer base is to follow institutions, like Ally, that have killed overdraft availability outright.

Making no change to your program, however, will likely cause your institution to fall behind competitively. Though many consumers don’t want to lose overdraft service, for banks and credit unions to merely stick to the same-old, same-old approaches is not going to cut it. Perceptions help drive product inspiration and marketing to laggards’ detriment.

The report suggests that fintechs, challenger banks and innovative traditional banks that build a “better mousetrap” in this area or which at least have liberal pricing on it stand to gain.

The appeal of free overdraft service from newer players like Chime is well-known. The Curinos research found that these companies as well as traditional players that have adopted new features, policies, pricing or technology to combat high overdraft costs have been enjoying twice the average purchase rate for new accounts as those that have not made any significant change.

While these efforts have some substantial payoff, the research found that the advent of mobile and other tools to help with financial management can help avoid overdrafts, but only to the extent that consumers pay attention to them.

The research also found that the days of the “$35 cup of coffee,” brought on by an overdraft that triggers a hefty fee, is fading.

“The proliferation of overdraft grace balances and changes in posting order practices have reduced the number of small purchases that are tied to overdrafts. As a result, the average size of purchases that trigger overdraft fees has nearly quadrupled from $50 to almost $200.”

Today’s Overdraft Will Be a Segmented Product

“Consumers see overdraft as an expensive form of liquidity, but they also consider it to be a backstop to their transaction accounts,” the Curinos report says. While they indicate support for some potential controls on the service, three out of five consumers would reconsider supporting such measures if it could lead to limits on their ability to use overdraft service. 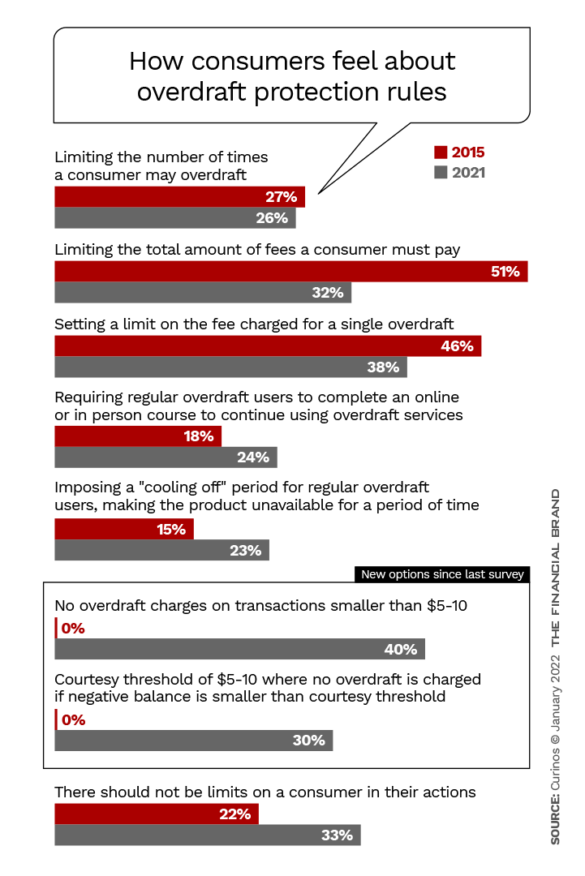 The research found that there isn’t a single profile of overdraft user, and that even among consumers who are not regular users of overdraft programs, certain characteristics or situations can trigger the need for these programs. 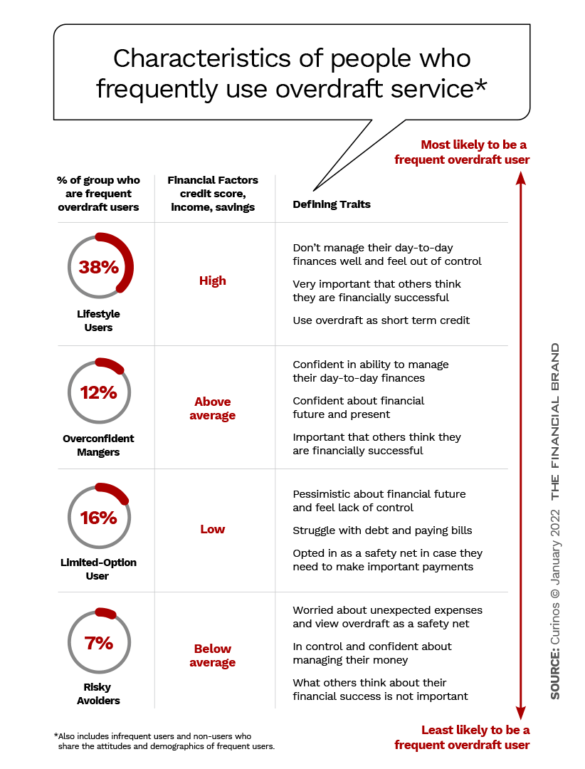 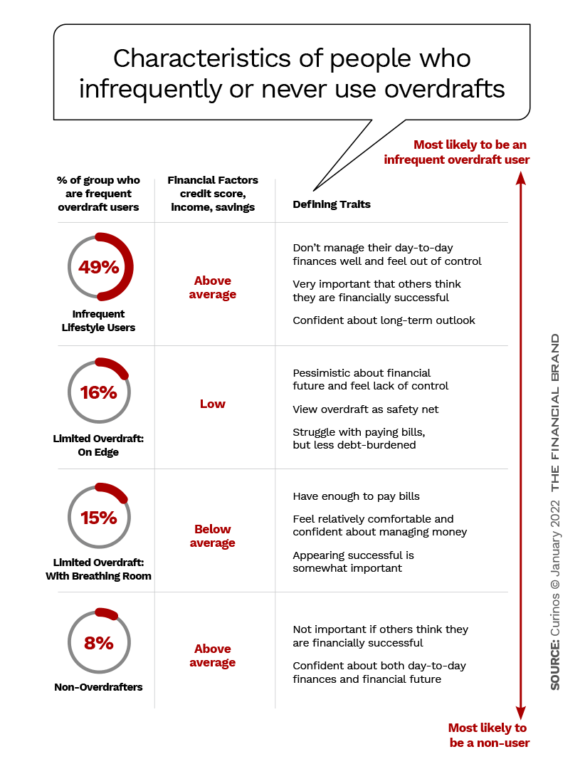 For example, “Lifestyle Users” tend to use overdraft intentionally, as a form of short-term credit card substitute. “Limited-Option Users,” on the other hand, regard overdraft service as a safety device, to protect important payments.

Overall, while alternatives to overdraft exist, some consumers don’t believe they qualify for these options. Financial institutions that come up with new small-dollar loan options will have the challenge of convincing the overdraft-dependent to try them.

Read More: The Beginning of the End for Overdraft Fees — What’s Next?

The days when your bank or credit union would call to say that a check is about to trigger an overdraft have been gone for decades. The modern equivalent are apps and account features, such as text alerts, and the ability to tap funds from, say, friends and family via a P2P service, to avoid overdrawing.

The Curinos report found that the tools now available aren’t always used religiously, even among the people who overdraw the most. 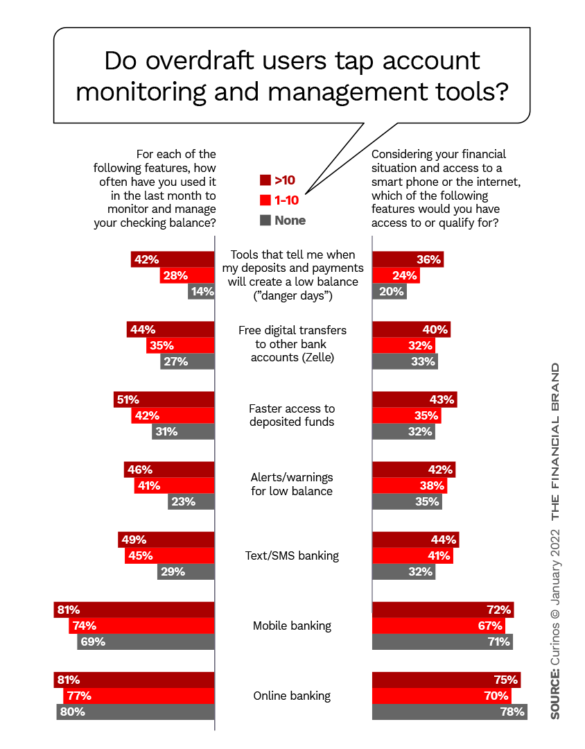 In its report Curinos made several recommendations:

Increasingly, if traditional players don’t produce a better idea, fintechs and challenger banks will do so as a competitive move.

2. Examine all overdraft options your institution offers and prepare to rethink everything.

“There is little doubt that a growing number of institutions will offer innovative liquidity and overdraft solutions while improving traditional overdraft fee structures and policies,” the report states.

3. Consider multiple approaches to the need to overdraft.

Slicing and dicing an institution’s consumer base can help identify differing needs for overdraft and related service.