Why hire a spokesperson for your financial institution when you can just tap some young, ambitious hipster to do the job basically for free?

The four-person marketing team at Summit Credit Union, a $2 billion institution in Wisconsin with roughly 140,000 members, did just that with their “Project Teen Money” campaign that launched ran earlier this year.

“Project Teen Money” is a spinoff of the Summit’s broader “Project Money” initiative, which has been a major component of the credit union’s marketing plan for the past six years. Vice President of Digital Marketing, Joanne Belanger describes the overarching strategy as “one part reality show, and one part savings challenge.”

In the original “Project Money,” participant families work with a financial coach for seven months. The family that does the best job of increasing its savings and reducing its debt walks away with $10,000.

“That program has had such a positive impact on our members and on the community at large,” Belanger says, “We knew we wanted to do something similar for our students, but we also knew we had to structure their program differently, because quite a few of these young adults don’t have jobs. So instead, we decided to focus it more on financial education.”

In the teen offshoot, Summit eschewed the “savings challenge” component, opting instead to task six students attending two area high schools (both schools are home to Summit student branches) to complete a trio of videos running 30 to 90 seconds that were focused on three simple themes: save, spend and give. 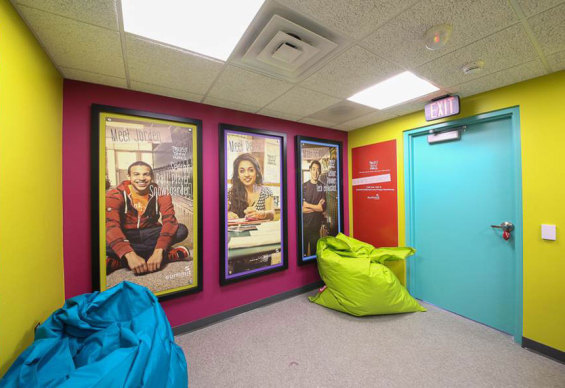 The credit union created large, almost life-sized images of all the Project Teen Money participants and then placed them in their high-school branches. “We only put them up to help raise awareness of the campaign,” Belanger recalls. “So we were pretty surprised when the participants came into the branches with their friends, took selfies in front of their posters and then shared them on social media.” 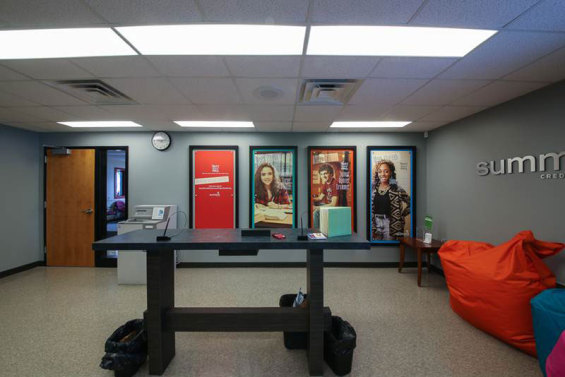 “We wanted to leverage the two high-school branches Summit has by engaging even more than we already do with those students,” Belanger says.

“We wanted to create a new generation of brand ambassadors,” Belanger continues. “Not just so they would promote Summit, though; we also did it so they would become more knowledgeable about credit unions in particular and finances in general, and so doing, they would educate their peers on these subjects, too.”

It helps, of course, that Summit has long viewed the teen market as one of its main target markets (with the other being women). They weren’t starting from scratch.

The students basically had free rein to do what they wanted with their educational videos, with the one stipulation that each video would run short. The finished videos were placed on Summit’s website, and on the credit union’s YouTube channel.

Participants were encouraged to prompt friends and family to cast votes for their favorites. A $2,500 scholarship was awarded to the winner, and the five other students each earned $500. The prizes didn’t simply go to the teen who garnered the most votes, though.

“We didn’t want it to be a pure popularity contest,” Belanger says. Each student had to meet with the manager of their school’s branch, complete at least one financial education module, and curry the favor of a panel of judges picked by the credit union. The judges also evaluated each video based on its content and creativity, alond with some other criteria.

“We really liked that these teens had to first educate themselves on a topic, and then use that knowledge to engage and influence their peers in fun and entertaining ways,” Belanger adds.

The Summit marketing team’s goals for the campaign — which was promoted via Facebook, Twitter, the CU’s website and e-newsletters, as well as the respective high school’s newsletters —weren’t limited to simply engaging a bunch of students, of course.

“We wanted to increase the number of members we have, and we also wanted to improve the relationships in terms of how many products students have with us and what kinds of products they have with us,” Belanger explains.

“We’ve increased the number of new members we have at both high school branches,” Belanger says. Since the campaign launched, one of the student branches has seen a 52% increase in the number of new student members compared to the same period a year prior, while the other branch has seen a 41% increase.

“Project Teen Money” may have helped Belanger and crew with another common-but-important goal credit unions are wrestling with: lowering the average membership age. Belanger says it’s hard to quantify because of the CU’s recent merger activity, “but it seems like we’ve driven that number down because we’ve increased the number of members between the ages of 15 and 18.”

The “Project Teen Money” campaign isn’t the only initiative Summit has underway aimed at the young-adult portion of its membership. The credit union launched a student checking account in March.

“We’ve always had a free checking account,” says Belanger, “but now we have one that’s specifically targeted at students. We’re positioning it as being ‘better than free,’ because our regular free account still has a $5 annual fee for debit usage; we’re waiving that on the student account.” (Yes, there is some degree of irony in charging consumers $5 for a checking account that’s marketed as “free.”)

An added benefit associated with this account is that students are allowed an unlimited number of free ATM transactions, because, as Belanger explains, “it’s so important to young men and women today.”

“It’s all part of our strategy to target this segment of the population,” she adds. “And we’re really thinking about this long-term. We want to try to build brand loyalty with this demographic now, so that when they enter their prime borrowing years we will hopefully be top of mind for their first car loan or for their first credit card.”