Subscribe Now Get The Financial Brand's FREE Email Newsletter
When consumers who frequently overdraw their accounts switch banks, they don't seem to care about the one fee you think they would: overdraft charges.
Subscribe Now!

In December 2014, over 2,300 consumers actively shopping for checking accounts on FindABetterBank.com said what motivated them to open a new checking account. A quarter of these shoppers cited high fees at their current bank. Unsurprisingly, 40% of shoppers who indicated that they overdrew their accounts three or more times in the last year cited high fees as their primary motivation to switch. 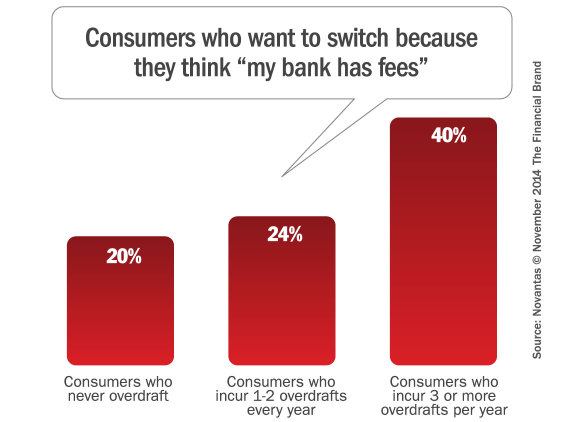 Interestingly, customers who regularly overdraft are more concerned with other fees. So even though some heavy overdrafters are motivated to switch because they don’t like the fees, they tend to focus on monthly service and ATM fees more than overdraft fees.