Subscribe Now Get The Financial Brand's FREE Email Newsletter
Overdraft fees recovered some of what they lost in the early part of the pandemic. But with new sheriffs in place in Washington and neobanks (and some incumbents) touting bounce-friendly options, some question whether this huge source of fee income is sustainable.

CFPB did a major study of frequent overdraft users in 2017 and its findings continue to fuel the desire of politicians and consumer activists to restrict OD fees. The study found that most overdraft-related fees are generated by a small subset of consumers “frequent overdrafters”), who overdraw their accounts once or more each month, as Oliver Wyman states in its report, “Beyond Overdraft“. 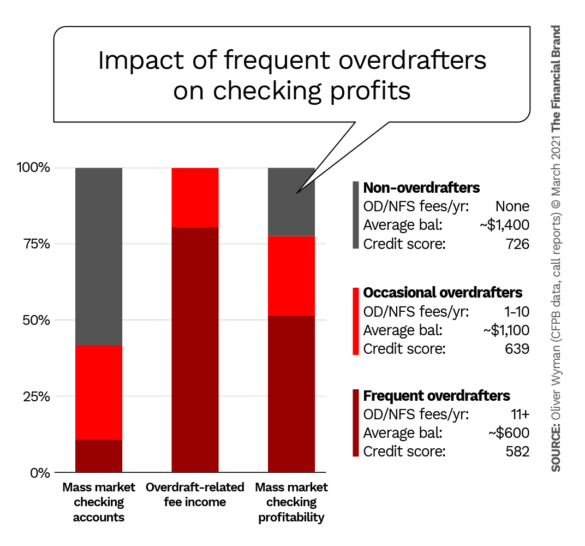 Read More: How Financial Marketers Can Punch Back at ‘Consumer-Friendly’ Neobanks 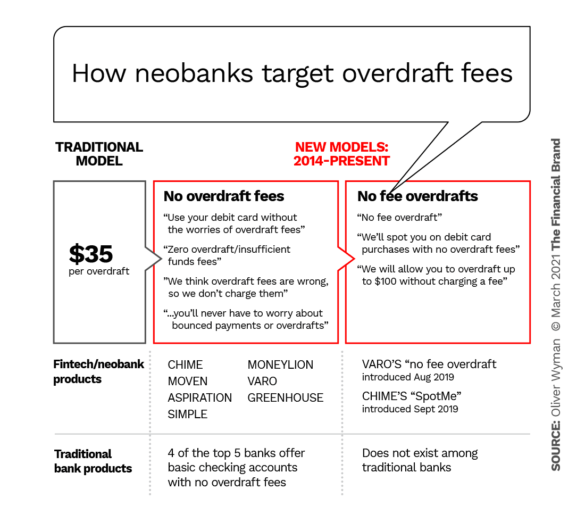