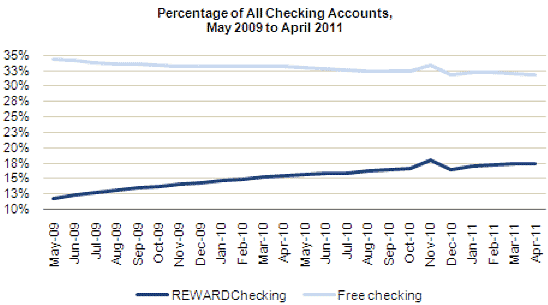 “The profitability of REWARDChecking accounts from May 2009 through April 2011 didn’t come solely from account growth due to higher-than-average rates,” said Ron Shevlin, senior analyst with Aite Group and author of the report. “Profitability was also driven by cost savings resulting from steering customers to lower cost channels, and from the revenue generated from debit interchange.” 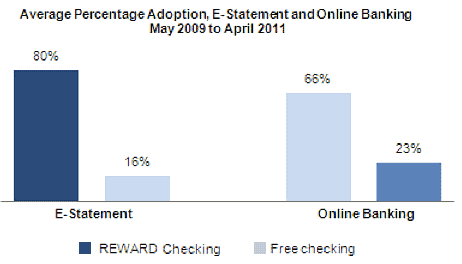 One of the most surprising findings in Aite’s research report is that reduced debit interchange will not have a materially negative impact on high-yield accounts. Over the two-year period analyzed by Aite, interchange revenue accounted for an average of 18% of the total income generated by high-yield checking accounts. If Durbin’s debit interchange legislation had been in effect during that period, high-yield accounts would have been only 14% less profitable each month, but still more profitable than free accounts. 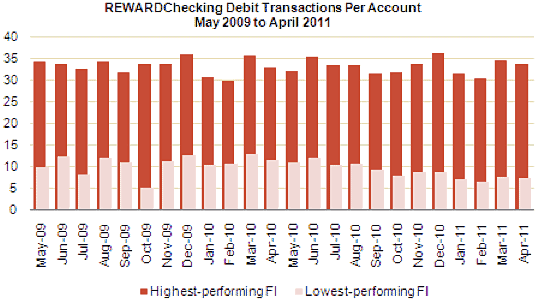 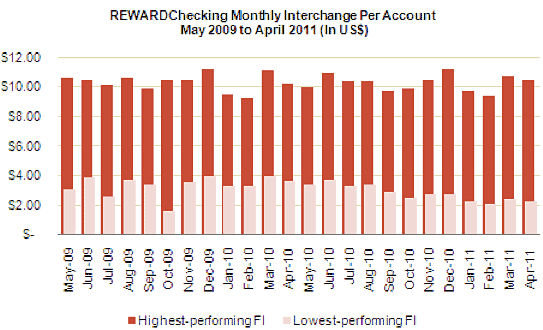 Aite says high-yield checking accounts have a vital place in the product portfolios of community banks and credit unions. A separate Aite study of checking account prospects in 2008 found that 94% of online consumers listed interest on balances as a “must- have” or “nice-to-have” feature, and that 64% ultimately selected an interest-bearing account over a non-interest bearing account.

Aite also believes other revenue sources associated with high-yield checking accounts will continue to accelerate. “Looking ahead, a new source of revenue from checking accounts will emerge in the form of merchant-funded incentives,” Shevlin said in his report. “Increasingly, financial institutions will compete for brands’ marketing dollars by providing brands with more effective and efficient ways to reach customers and prospects through the financial institutions’ online banking and personal financial management (PFM) platforms.”