Subscribe Now Get The Financial Brand's FREE Email Newsletter
What do small business clients expect from their banking relationship? Where are there gaps in the service experience? How can banks measure up in this all-important market segment?
Subscribe Now!

ath Power singled out Bank of the West, Associated Bank and Chase as the top three best of breed. 96% of the small business owners who visited these institutions reported that they would become a customer, compared to 79% for all other banks in the study.

Comerica was the leading bank in the Midwest, and Citibank led in the Mid- Atlantic. PNC Bank scored highest in the Northeast, Chase led in the South, and in the West, Bank of the West achieved the highest overall score.

The report also makes a number of strategic observations. Bankers who worked at the top performing banks were better at asking questions to determine needs and answering a small business owner’s questions. They also showed a clearer understanding of products and services offered, and provided convincing explanations as to why their bank is better than others. 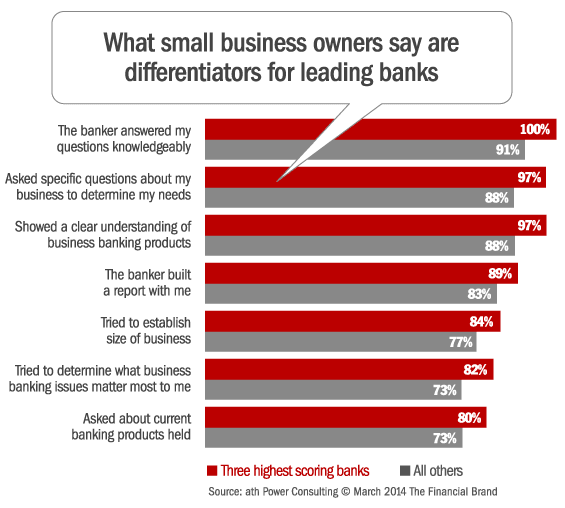 Slightly more than half of all business bankers promise it’s easy to work with their institution. One third of bankers dangle a price-based value proposition: lower rates and fewer fees. Only one in five suggest their banking products are better than their competitors. 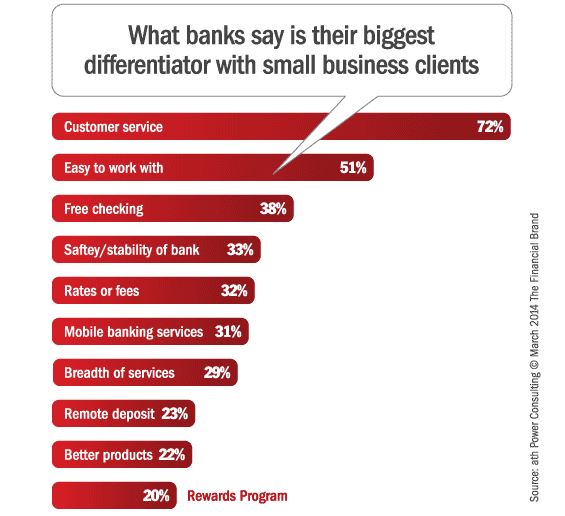 Banks like to brag about their customer service more than anything else. Nearly three out of ever four bankers trumpets their institutions’ excellent service. Customers found this claim to be the least plausible (out of a list of ten different factors). Customers only believe the “great service” pitch 74% of the time.

The study uncovered a huge missed opportunity for sales: only about half (52%) of the small business owners were actually asked to open an account during their visit to the bank.

A significant finding from the study was the impact of a bank’s mobile banking offering. 66% of small business owners said they would be likely to switch banks for one with a superior mobile offering. 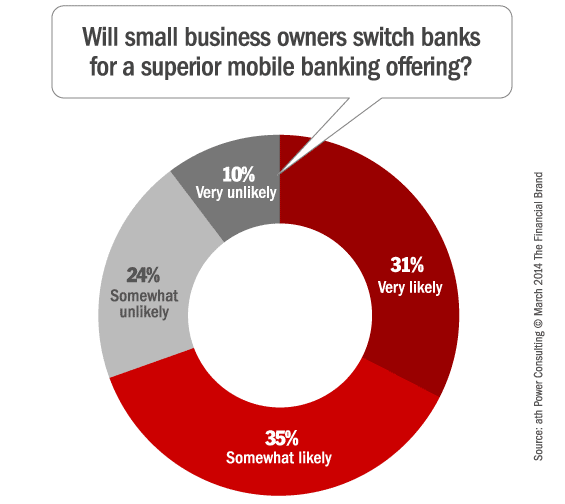 Banks seem unaware of the tremendous potential their mobile services represents. Even though small business owners would respond to better mobile banking services, 37% of bankers in the study failed to even mention their bank’s mobile offering.

ath Power says banks could convert an additional 12% of prospects to clients merely by emphasizing mobile banking as a key differentiator. 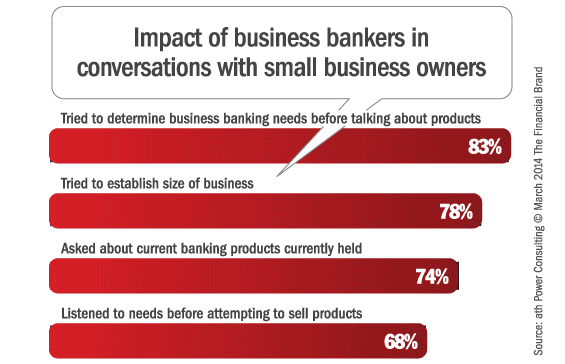 “Personal connections remain critical for banks seeking to acquire new small business customers,” Aloi said. “The most successful institutions are training bankers on how to build rapport and then using applicable research and coaching to continuously improve.”