Subscribe Now Get The Financial Brand's FREE Email Newsletter
PPP has flaws and its debut was marred by some odd signals by some major lenders. But Wichita's Equity Bank saw a chance to serve business customers through early action and the willingness to revise its program as a quickly evolving federal effort took shape. 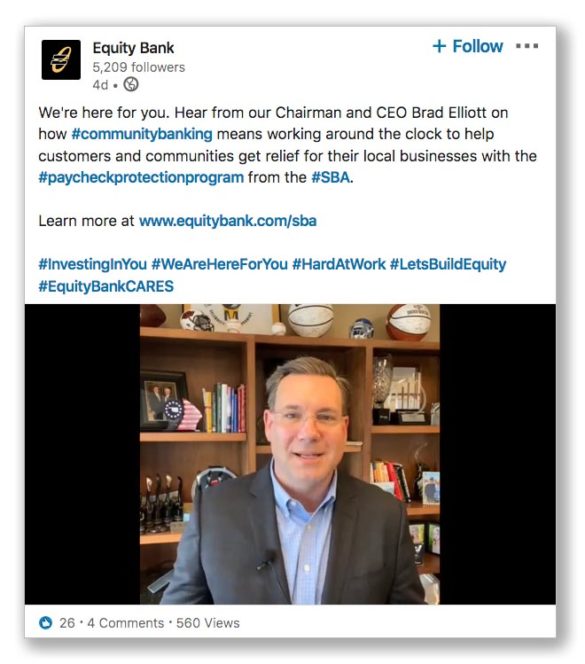 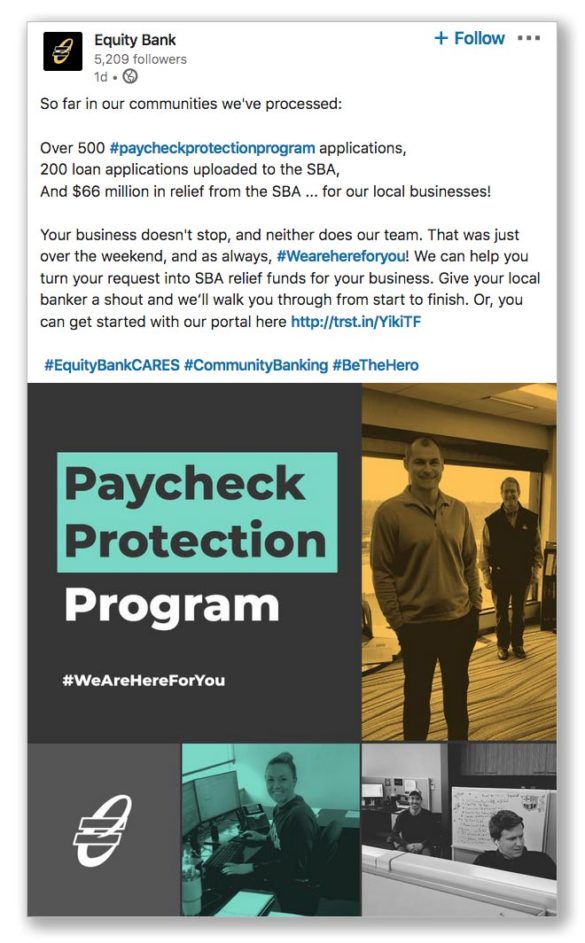