Nearly a third of companies say they encountered errors with their primary bank in the past 12 to 24 months, and more than half were less than highly satisfied with how the situation was resolved. This poor service is pushing businesses to look for alternative banking options — switching their primary account to a rival bank or moving certain services to a non-bank.

These are the findings to a global commercial banking survey from EY including 2,030 businesses in 24 countries. The survey examined the changing requirements and expectations of mid-market customers — those with annual revenues of USD $25m to$500m in developed markets and $15m to $500m in emerging markets.

Routine Errors Cause the Most Damage

While routine errors may seem like minor glitches, they aren’t. One of the most significant findings in the survey is the impact these seemingly trivial mistakes have on customer satisfaction and loyalty. If not resolved properly, these errors lead to a gradual-but-serious erosion of customer confidence and satisfaction.

Globally, more than a half (57%) of the commercial banking customers surveyed report being less than highly satisfied with their bank’s resolution of their situation.

“Banks need to take note — relationship history is no longer enough of a reason for a company to remain loyal,” warns Christopher Harris, Principal/North America Practice Lead for Wholesale Banking at EY. “The fact that banks are more often than not failing to resolve these issues appropriately is a significant cause for concern. Banks need to remember that highly satisfied customers use twice as many products as dissatisfied customers, while dissatisfied customers are not likely to stick around, especially given the rise in alternative offers from other banks and non-bank providers.”

Switching Is Not Pain Free

1. Traditionalists – Smaller, primarily domestic companies that tend to use fewer products and are slower to adopt new banking channels.

2. Increasingly Internationals – Companies with cross-border ambitions, high digital adoption and an increasing need for a wide range of banking products and services.

3. Diverse and Dynamics – Companies with wide-ranging strategic goals but, when examined through the lens of technical savvy, their common priorities and drivers for bank selection and channel preferences become more apparent.

Businesses that decide to switch providers are not always very satisfied. Increasingly rigorous compliance requirements have resulted in almost half of those surveyed (46%) describing their first experience with their bank as “frustrating.”

Of those business banking customers who said they were less than highly satisfied, four areas were cited where banks should focus on making improvements: accuracy of transition (34%); reducing paperwork and documentation (27%); improving communications (26%); and shortening the duration of the process (13%).

While pricing is among the most often-cited reasons for switching providers, companies that have recently changed banks indicate a range of influences, including product capabilities, access to capital, bank reputation and geographic coverage as key reasons for making the change.

Once a bank has convinced a customer to switch providers, it needs to make sure that the customer’s first experience is positive. Unfortunately, this is often not the case. Almost half of those surveyed (46%) describe this first experience with their bank as a frustrating one.

“Management teams will need to make investments in both processes and technology to simplify and improve the experience,” Lewis says. “Improving coordination across different parts of the bank are quick and easy ways for banks to improve the customer experience and foster loyalty from day one.”

Security Is The #1 Barrier to Digital Adoption

When asked about reasons for not using online and mobile channels more frequently, security was the main issue, with nearly half of all respondents citing some sort of security-related concerns. Specifically, 39% were concerned with the security of online banking, while slightly more (42%) were concerned with the security of banking on mobile platforms. Among the other concerns mentioned were slow speed (22% for online and 25% for mobile) and poor functionality (17% for online vs. 21% for mobile).

One specific digital product feature banking customers requested: a real-time view of where they are at in the transaction process. 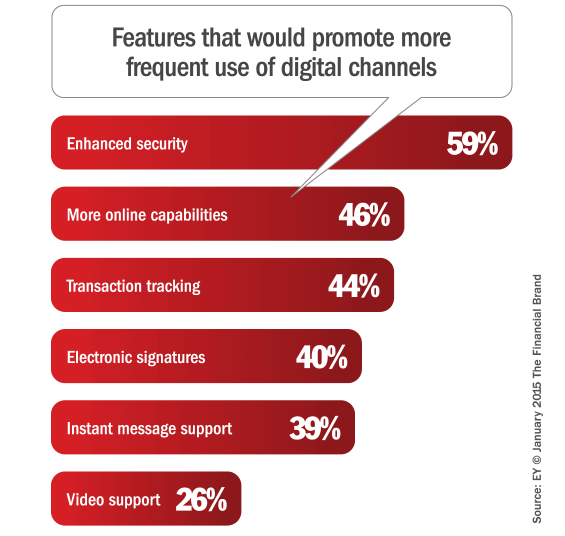 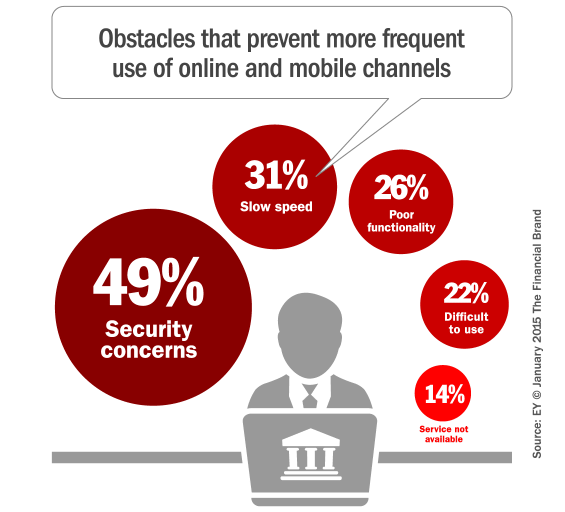 Non-Banks Are a Viable Alternative

More firms from outside the traditional banking industry are entering the market. Long-standing alternative providers, such as credit card issuers and insurance companies, are being joined by telecommunications and technology companies, alternative asset managers, peer-to-peer lenders and specialist internet firms, competing in core banking areas ranging from lending and trade finance to foreign exchange and merchant services.

Advances in technology are allowing non-banks to expand their financial service offerings. While no single non-bank is likely to threaten traditional institutions, executives are increasingly turning to non-banks for a wide range of products and services. 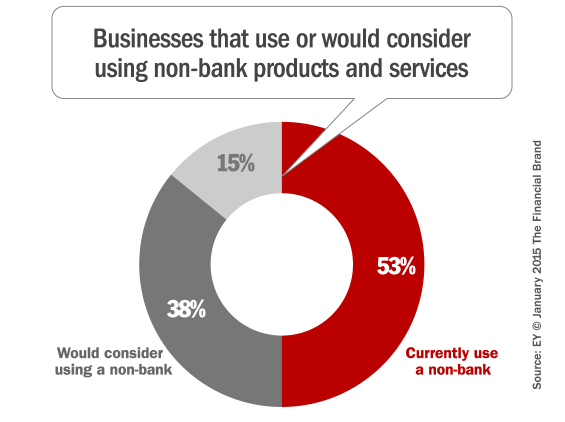 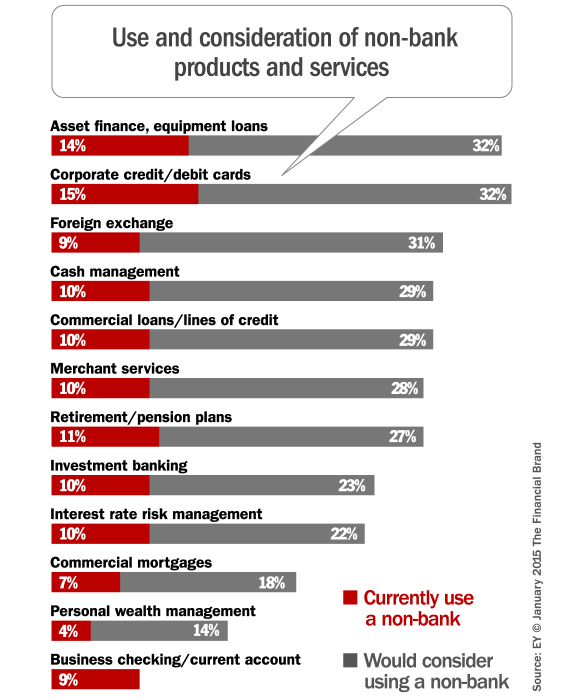 “These new, alternative providers are not faced with legacy IT systems and dated infrastructure and processes,” says Harris. “As a result, they can start from scratch and build new systems to meet the needs of today’s customer.”