Subscribe Now Get The Financial Brand's FREE Email Newsletter
In a period when use of digital channels has been accelerated by COVID-19, PNC is making an $11.6 billion cash bet on Americans' perceived love of branches for key decisions and new relationships. The deal will take the regional coast-to-coast and into 'near national' status. The potential for more industry-shaking deals now looms. 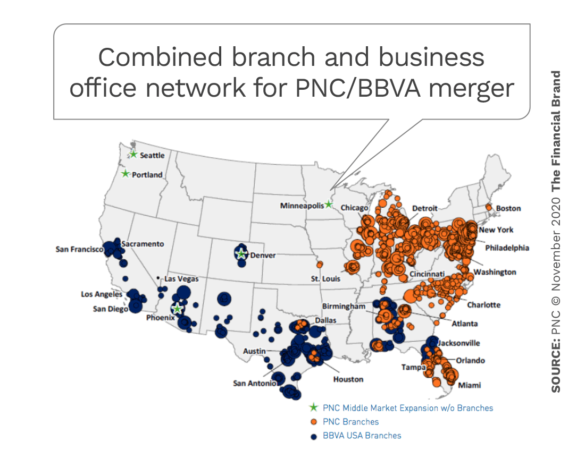