Subscribe Now Get The Financial Brand's FREE Email Newsletter
Pity the regional banks. Even the Comptroller of the Currency worries about their ability to compete. KeyBank's Head of Digital, Jamie Warder, acknowledges that competition from the 'trillionaire' banks is tough. And he's wary of the 'uber techs' because they could alter the banking business model. But already traditional institutions like Key are making strategic choices to differentiate, many of them (but not all) digitally driven. 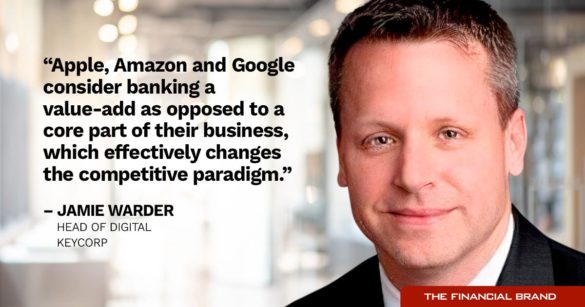