Subscribe Now Get The Financial Brand's FREE Email Newsletter
A formal rule by the national bank regulator would prohibit large financial institutions from deciding not to provide services for entire industry segments such as firearms or family planning. The rule, currently paused while awaiting a new Comptroller, would penalize such decisions made as a result of political, investor and social pressure, complicating bank policy making and marketing. 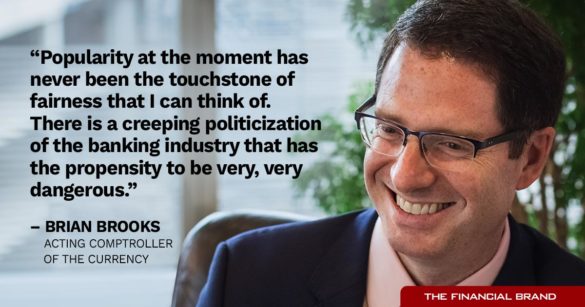