Subscribe Now Get The Financial Brand's FREE Email Newsletter
Citizens Bank has over 1,000 branches, but they won't be their primary channel ever again. CXO Beth Johnson explains how the bank will focus on digital channels with functionality similar to Uber and Netflix, and what role branches will play going forward. 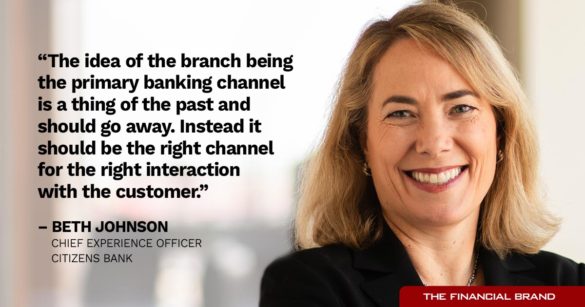