63% of U.S. adults who have a bank account indicate they stay with their current bank because of convenience. Customer service (48%) and the lack of/low account and ATM fees (42%) follow convenience as the other primary reasons. Interestingly enough,  (33%).

“Customer loyalty is a primary concern for banks,” says Yodlee Interactive General Manager, Joseph Polverari. “These findings suggest a corollary between one of banks’ biggest priorities — customer loyalty — and consumers’ usage patterns for mobile banking. With the anticipated growth of mobile banking in the next four years, banks that want to boost customer loyalty should strongly consider developing apps that increase the convenience of consumer banking.” 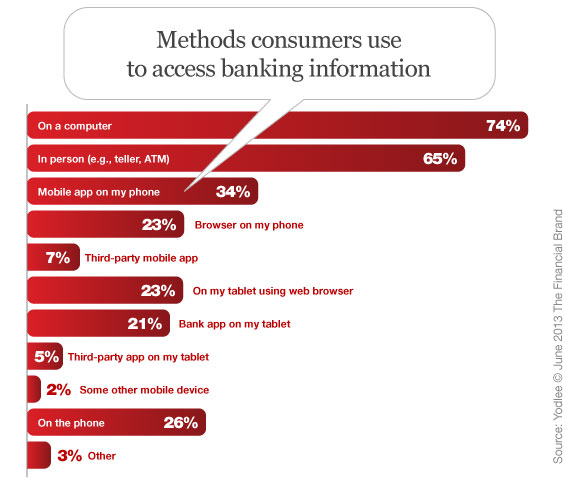 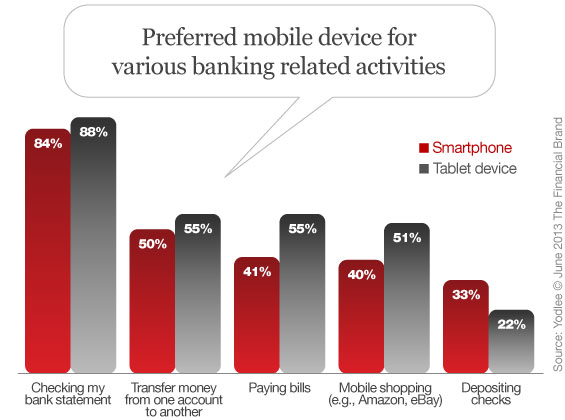 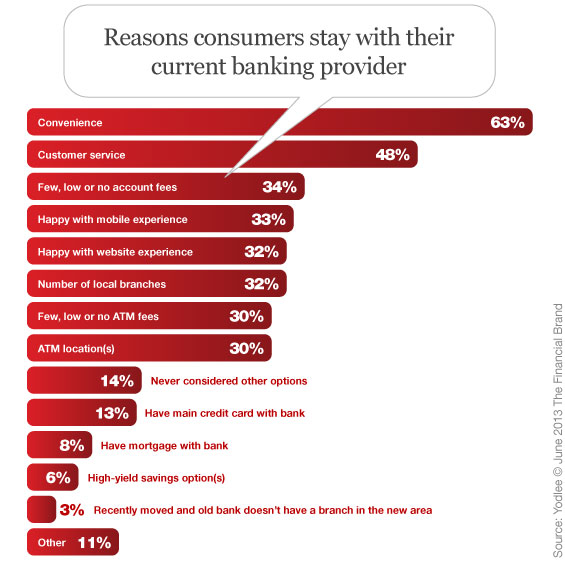 Tablet banking has yet to fully catch on with consumers. Most smartphone owners who have a bank account use their bank’s mobile app to access their banking information on their smartphone, while most tablet owners access their banking information on their tablet’s mobile web browser. This usage pattern is most prevalent among adults ages 18-44, the largest demographic of mobile device users.

“Banks have focused on smartphone apps, but stretching the same app to work on a tablet seems to have backfired as consumers are opting for mobile web experiences on tablets,” continued Polverari. “We believe that tablet optimized banking apps represent a major opportunity to reach customers with a better and richer experience.”

The survey, conducted by Harris Interactive, included 2,219 Americans ages 18+, and was fielded between February 28 and March 4, 2013.