Subscribe Now Get The Financial Brand's FREE Email Newsletter
The way traditional core providers and fintechs provide services for community banks and credit unions is vastly different than just a few years ago. The plug-and-play trend is allowing smaller financial institutions to stay competitive with deep-pocketed big banks on the technology front. One new challenge: the overwhelming number of choices.

Anyone who’s ever added new software to a home computer and had it work right away understands the concept of “plug and play.” It now applies equally, if not quite so simply, to far more sophisticated software applications that banks and credit unions increasingly need to stay competitive.

Thanks to the rapid adoption of application programming interfaces (APIs) — and greater openness (finally) from the mainstream core technology providers — smaller financial institutions can now integrate snazzy fintech functionality accessible only to much bigger competitors in the past. 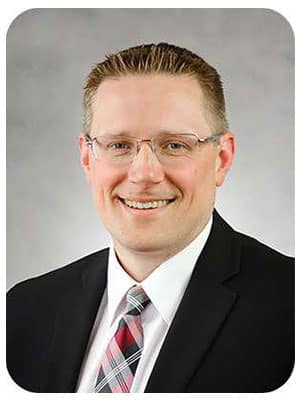 “There is a lot of creativity in the marketplace now and I’m encouraged by what fintechs are coming up with,” Jonathan Fischer, chief operating officer for Timberland Bank in Hoquiam, Wash., tells The Financial Brand.

At any given time, Timberland is in talks with 15 to 25 fintechs about their offerings, Fischer says. The bank finalizes five to ten partnerships each year on average.

One of Timberland’s most recent partnerships was with Array, which allows the bank to provide digital services such as credit score management, personalized financial insights and identity protection to its customers in a way that is embedded into their banking experience.

The solution was due to roll out to customers in November 2022. Fischer says the add-on service was tested in-house with good results. “I think it looks better than some of the largest banking apps that have similar solutions,” he says.

Timberland, which has $922 million in assets, was one of the first financial institutions to go live with Array’s white-label offering, which came to Fischer’s attention through the bank’s core technology provider, Jack Henry.

From contract signing to rollout, most fintech solutions that Timberland pursues go live in 90 days, Fischer says, giving credit to Jack Henry for helping work out the kinks with several recent integrations.

The Trend for Core Providers Is Interoperability

“For many years, the oligarchs wanted banks and credit unions to be dependent on them,” he says of the traditional core providers. So the robust APIs necessary to integrate outside technology from the likes of fintechs were rare or nonexistent. But, over the last few years, core providers have added APIs and focused more on interoperability.

“Finally, there has been good evolution in most areas,” says Samaha, who has overseen credit union and bank core conversions and tech stack implementations for nearly 25 years. “The posture has gone from defensive to a much more open, liberal approach from core providers. They are no longer competing with third parties but are looking to work with them.”

The upside is that it is often possible to tack on new functionality without having to overhaul or replace the core system that is the technology backbone for the bank or credit union. This clears away a costly hurdle that, for many years, had made fintech initiatives prohibitive and frustrated banking executives.

Working With What You Got:

Not every technology upgrade will require trashing the old system. With APIs, new functionality can now be added to your existing tech stack.

Samaha adds that many banks and credit unions have been migrating to the core technology providers that offer this type of open architecture, including Fiserv and its DNA solution and Corelation and its Keystone offering.

“Our clients are converting away from cores that do not offer plug-and-play options and are converting to those core platforms that do,” he says. “There is no trend or evidence where closed operating systems are popular.”

APIs Are Key to Flexibility

Timberland, which has 23 branches and more than 50,000 customers, is among those that switched core providers in the pursuit of greater flexibility.

The bank dropped its lagging legacy core roughly five years ago. It is now using the Banno Digital Platform from Jack Henry, a company that Fischer describes as having “a huge openness” to integrating technology from third parties.

“I also think the fintechs are getting smarter with their application program interfaces,” to better facilitate bank partnerships, Fischer says. “Integration with the core is key.”

Timberland ran into some implementation challenges when it decided last year to partner with Autobooks. The fintech provides a tool that allows small-business customers to manage payments and inventory.

In the end, Timberland successfully embedded the functionality into Jack Henry’s digital banking platform with some help. The offering went live in the summer of 2021.

“We worked with Jack Henry and Autobooks and, after we went live with it, Autobooks became a plug-and-play option for all Banno customers,” says Fischer.

During the first full year of deployment, a few hundred Timberland customers investigated the program, with “a few dozen using the solution” on a regular basis, he says.

“Almost 1,000 payments were received by our customers” in that first year, he notes. “I anticipate the number of payments and the dollar amount of payments received will increase over the next year.”

In addition to its work with Array and Autobooks — partnerships that allowed the bank to add customer-facing solutions — Timberland has partnered with other fintechs on projects to enhance security.

Next on Fischer’s project list is cyber training for employees. He is also looking into artificial intelligence tools like chatbots. “There is a lot happening in that space,” he says.

Out with the Old Core Tech, In with the Fintechs 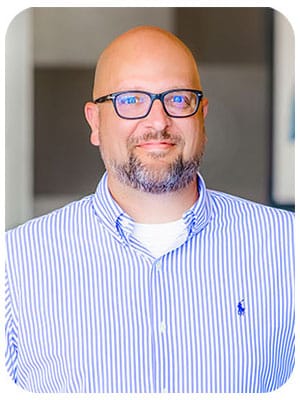 Fintechs are taking notice of the core systems with open architectures and, in turn, are developing robust offerings, according to Eddie Army, chief marketing officer at Credit Union of Texas.

Determining what tech solution might make sense is an ongoing pursuit for his credit union, which has $2 billion in assets, 17 branches and more than 151,000 members.

“We have done focus groups and are working on surveys through our online banking so we can get more real-time feedback from members,” says Army. “A lot of the implementations we have done are a result of feedback from a number of different channels.”

So far, the credit union has a total of 13 fintech integrations, all of them done in the past four years.

Prior to that, it had used the same core system for 30-plus years. But executives there began searching for a new provider in 2018, after learning that the antiquated core would soon be sunsetted. And they prioritized flexibility. 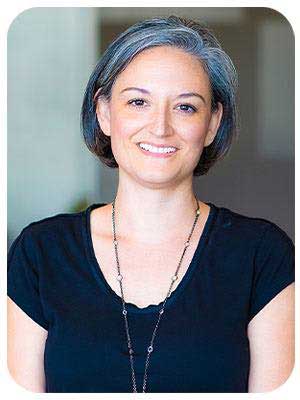 “We looked for cores that we had the ability to develop on and that had open APIs — that’s the main reason Symitar was chosen,” says Angela Faust, chief administrative officer for the credit union. (Jack Henry acquired Symitar in 2000, but it continued to operate as a standalone brand serving credit unions until this year. Jack Henry is now marketing all of its products under its own name, following a sweeping brand refresh.)

Fintechs such as Zelle, CuneXus and Plaid are among those that the Credit Union of Texas is working with. It also recently “plugged in” the financial literacy app Zogo without issue, Faust says. “We haven’t found any that we haven’t been able to integrate,” she says.

Faust is looking to add a few more fintech partnerships to the lineup. An artificial intelligence platform is one she expects to be underway soon. She also is considering digital currency providers like NYDIG and possibly a new payments provider.

When it comes to compliance and regulation, fintechs must meet criteria presented in a “huge due diligence package,” says Faust. Responses to detailed questions are funneled to different departments for vetting.

“We review the financials and all the security documentation. We call references. Our technical team also reviews the cybersecurity side,” she says. “We go through a pretty rigorous process before we even get to the contract phase.”

Since “technology changes so fast,” Faust typically negotiates contract terms of three years or less (despite most vendors seeking a five-year engagement).

Staying Ahead of the Trends:

Banks don't have to sign 5-year contracts with tech providers. With the speed that digital solutions evolve, it might be better to choose a shorter term.

The Allen, Texas-based credit union hired in-house developers specifically to handle some of the heavy lifting of implementation. “That allows us to move quicker than relying on the vendor and core provider,” says Faust.

In her view, many fintechs in the market today are more willing to collaborate than the traditional technology providers. That cooperative approach, she says, produces stronger product offerings and partnerships.

“We communicate regularly with all of our vendors and they are all open to feedback,” she says. “We haven’t had any pushback or fintechs that don’t want to listen.”