Subscribe Now Get The Financial Brand's FREE Email Newsletter
Financial institutions sometimes forget how important call center staff are to their brand, but not Commonwealth Bank. They just made their call center a more fun and colorful place to work with a massive installation of intricate, brightly designed murals.
Subscribe Now!

Frost Design’s environments team was tasked with engaging staff who are “often working on intense, monotonous tasks.” In a sense, it’s Commonwealth Bank’s way of saying thanks to employees who have an otherwise thankless job — an excellent example of internal branding.

The final concept that emerged was a sprawling series of illustrations featuring the city’s iconic architecture and urban-hip culture into the newly refurbished workplace. Quirky pockets with hidden surprises and kooky signage help establish a playful graphic language with an astonishing level of detail. Each floor features a different range of content, colors and hidden things to discover. Illustrations of parklands and other nature settings were used in break areas, while high energy workspaces received more radical treatments.

“We established sub-themes of work, rest and play to tell the everyday stories of the city’s inhabitants, but with a fantastical twist,” explains Frost Design on their website.

The scope of work included signage and way-finding for the seven-story development, alongside super-sized environmental graphic backdrops that added a distinctly Melbourne identity to the inner-city office.

Ketharaman Swaminathan, a banking technology consultant, thinks this is a brilliant idea. “Kudos to Commonwealth Bank for showing care and concern for this critical segment of staff that inevitably gets many more brickbats than bouquets,” he wrote in praise of the project. 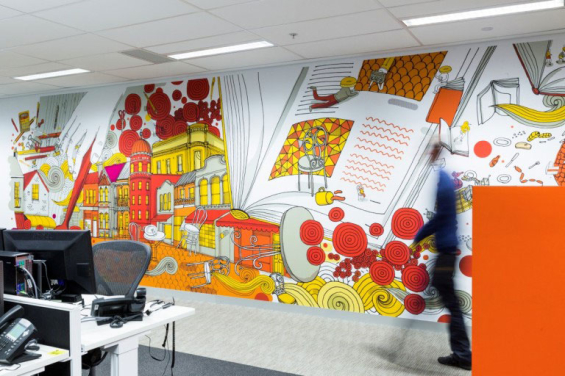 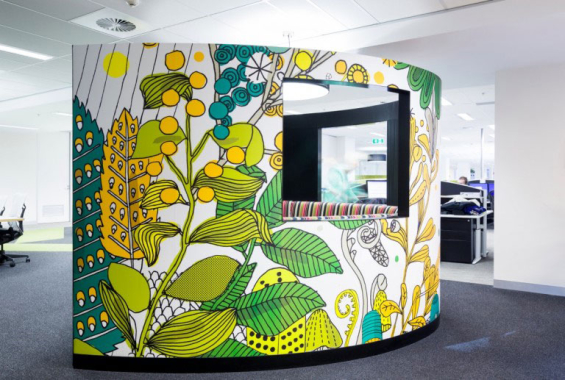 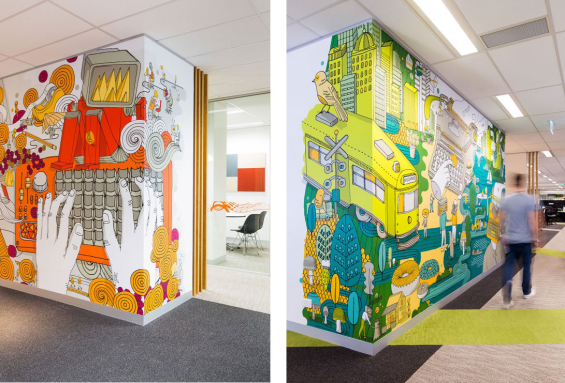 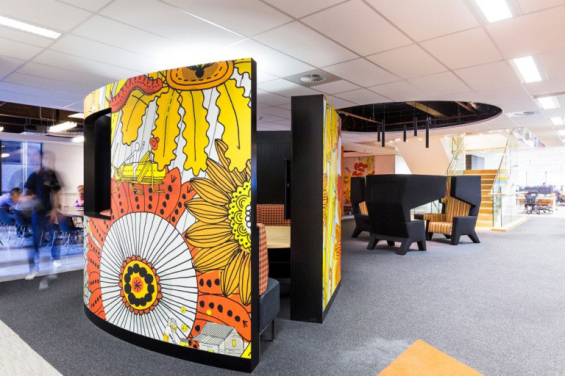 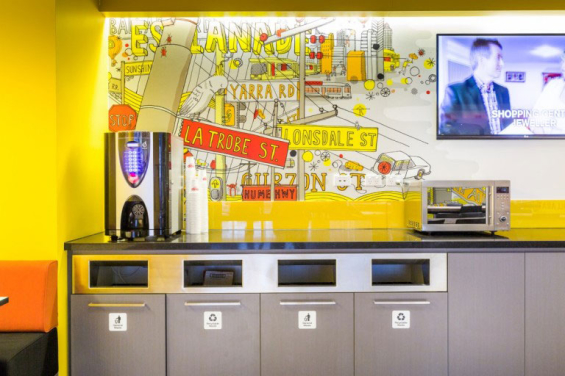 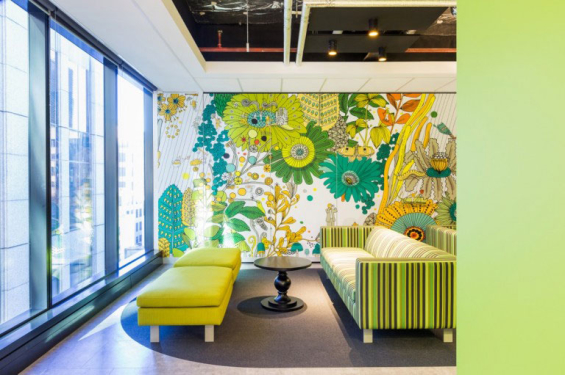 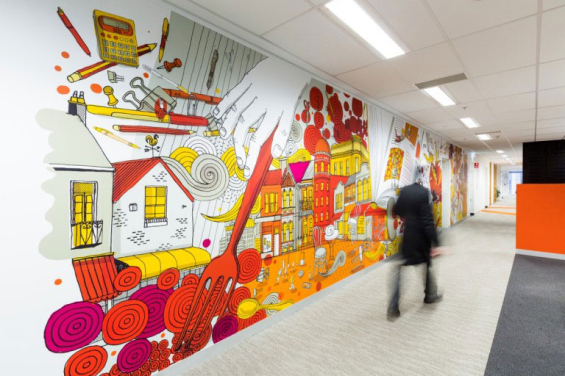 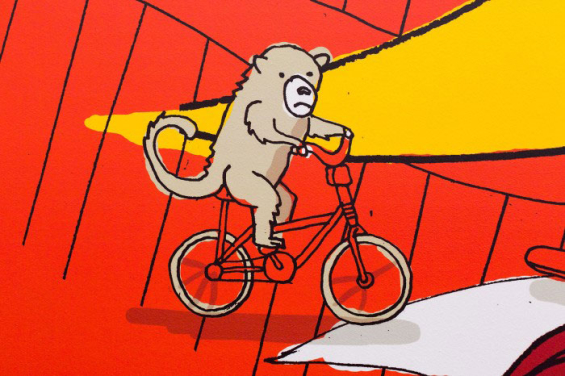 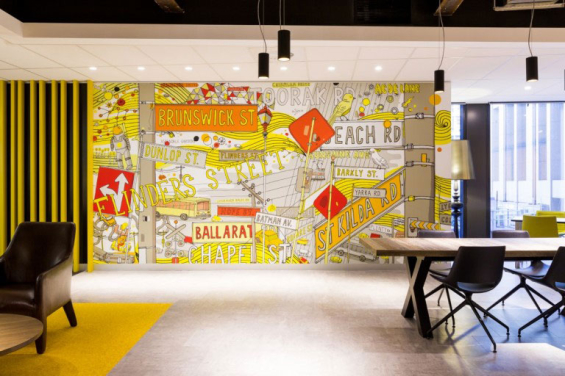 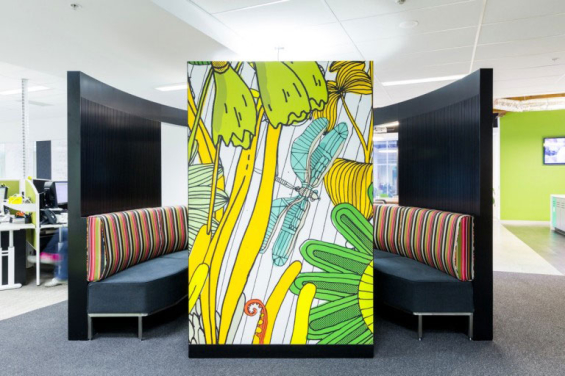 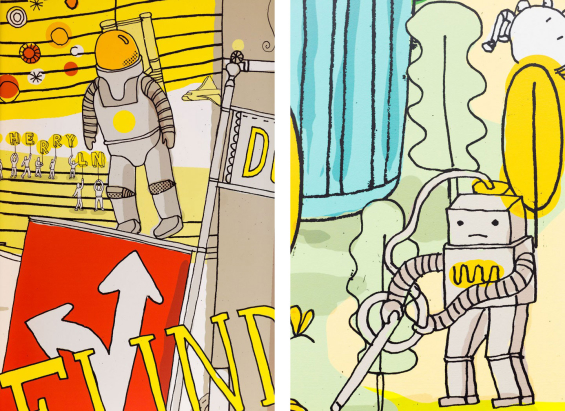 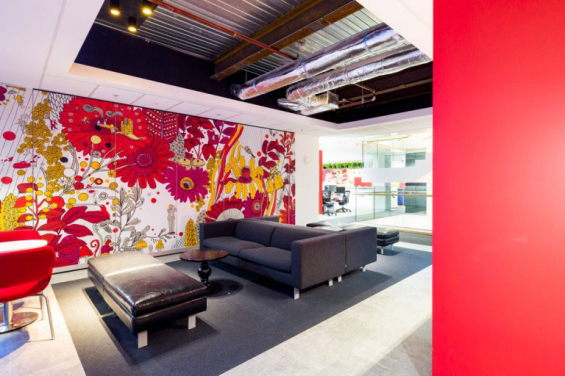 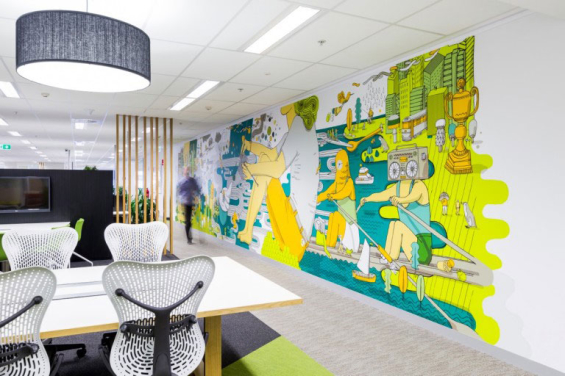 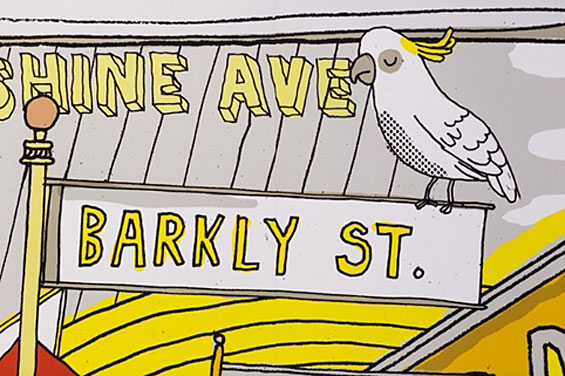 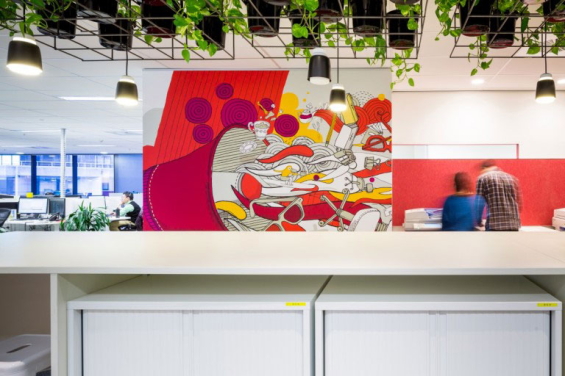 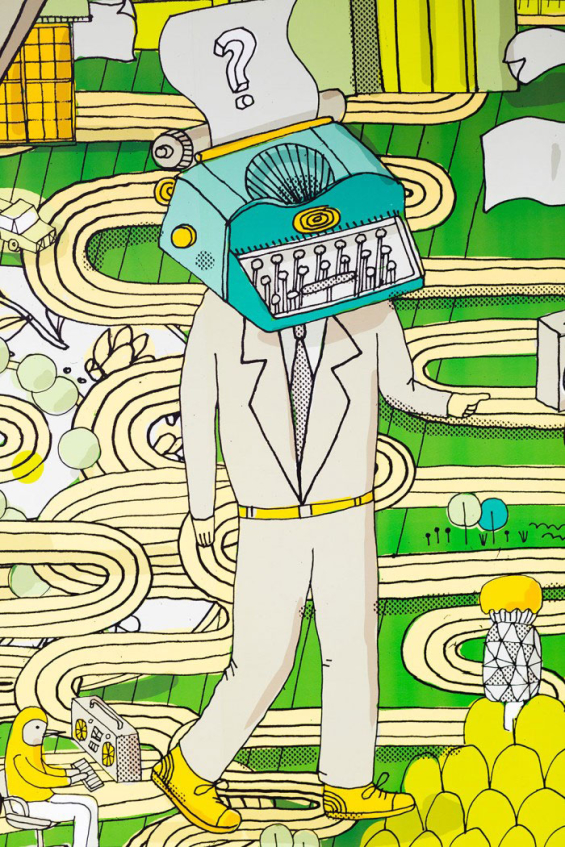