When BBVA decided to completely redesign the concept of ATMs from the ground up, it turned to IDEO, a global design consultancy. Together, the two companies have pioneered the ATM of tomorrow. They herald their new super ATM as “the future of self-service banking,” offering increased privacy, a simplified touch-screen interface and just one slot for all media.

The IDEO design team started by interviewing and observing people using ATMs at BBVA and other bank branches across Spain, Mexico and the U.S. The team also examined other self-service transactions, such as those at gas pumps, supermarket checkouts and train-ticket kiosks. One of the things they found was that customers felt uncomfortable when those in the queue could look over their shoulder while conducting transactions. IDEO and BBVA decided to rotate the machine 90 degrees, obstructing the view of onlookers with a privacy screen. 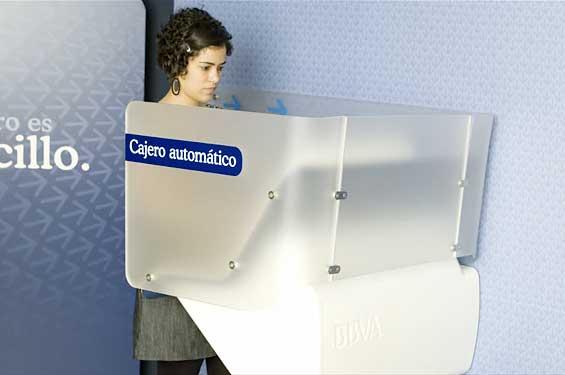 Throughout the development process, IDEO and BBVA worked closely with manufacturing partners NCR and Fujitsu to ensure that the original design intent was maintained throughout the engineering, build, and implementation of the new ATM.

BBVA has already installed five pilot units, and has plans to roll the new machines throughout its Spanish branches. The bank expects to introduce its new super ATMs in different countries over the next few years.

BBVA (short for Banco Bilbao Vizcaya Argentaria) is a global banking company with over $535 billion in assets and more than 47 million customers in 30+ countries.

IDEO has also worked with PNC in the development of its revolutionary Virtual Wallet product. 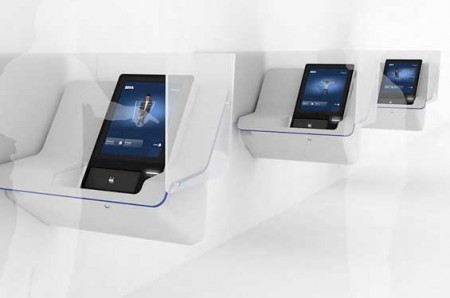 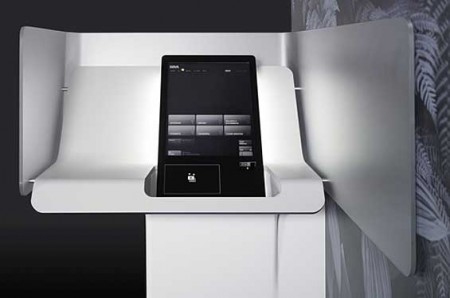 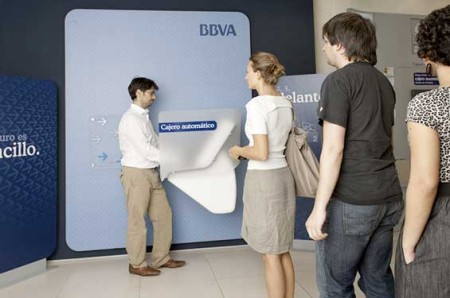 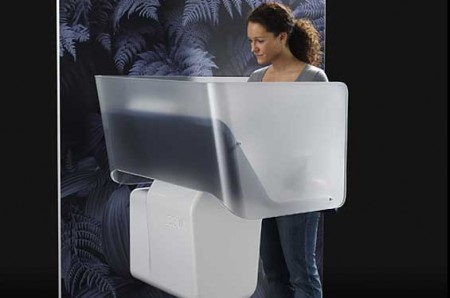 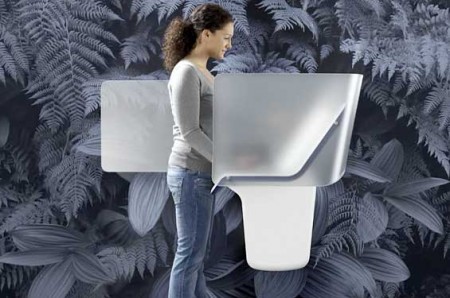 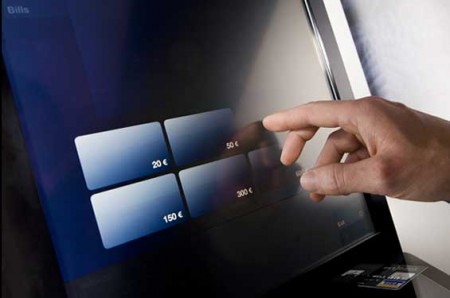 TOUCH SCREEN
The entire interface and all activities are conducted on a 19” touch screen. 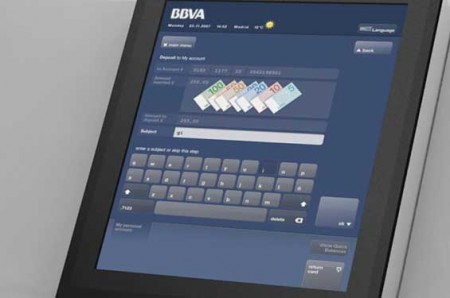 INTUITIVE INTERFACE
No longer is the ATM confined by a limited number of buttons. The touch screen accommodates any purpose, including a full standard keyboard. 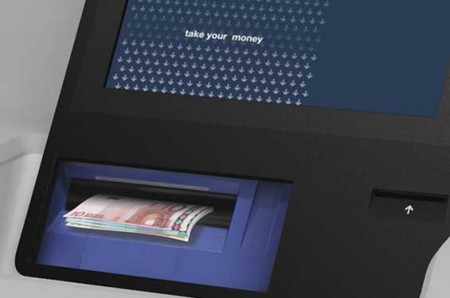 SINGLE SLOT
All deposits, checks cash, statements and receipts are handled in and out by a single slot, eliminating “slot clutter” seen on today’s machines. 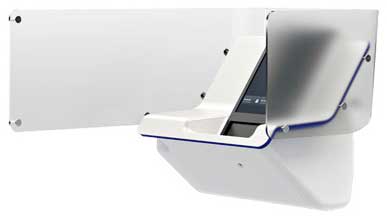 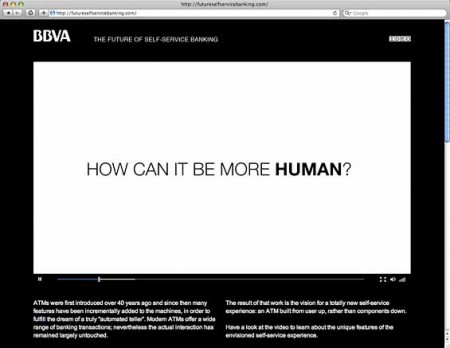 THE FUTURE OF SELF-SERVICE BANKING
A microsite that design partner IDEO put together about its ATM project with BBVA.

Tip of the Hat: To Chris Skinner at the FinanSer blog for bringing this item to The Financial Brand’s attention.