Last October, HSBC debuted its “Different Values” campaign in a bold series of print ads — 17 in total — in New York magazine. The launch was an unprecedented media deal for both the publisher and the bank. Now HSBC is moving into what it calls “phase two” of its U.S. branding effort.

Earlier this month, HSBC took over Madison Square Park (with permission), where the bank hosted the kickoff of its “Soapbox” initiative. The event’s centerpiece was an actual, HSBC-branded soapbox. People were encouraged to share their thoughts on a variety of subjects ranging from immigration and education to fast food and nuclear energy. 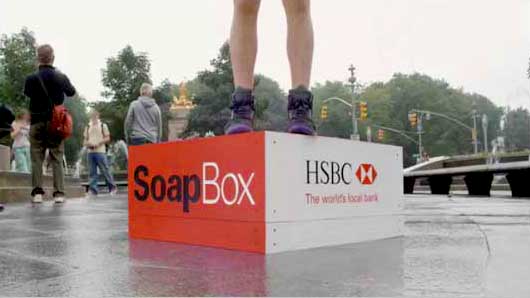 The bank gave gifts to those who actually stepped up on the soapbox to speak.

The public’s “soapbox thoughts” were recorded, the best of which are being used in an ad campaign created by HSBC’s ad agency, JWT New York. 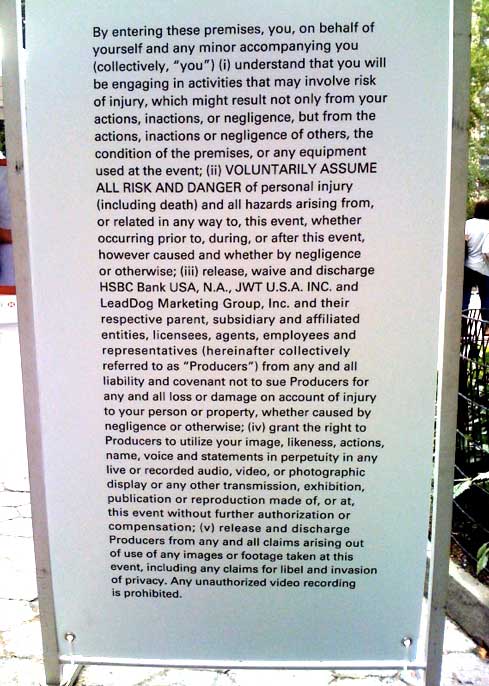 DISCLOSURE SIGN IN PARK
This ugly legal disclosure greeted entrants to the park on the day of the event. The large, free-standing sign housed a release-of-liability agreement that looks like it was set in 24 pt. type. A corporate legal disclaimer in a public park was probably a big buzzkill for a lot of people, even HSBC supporters.

Johanna Breman Tzur, SVP/HSBC said more than 1,100 people stopped by the “Soapbox” event. Around 335 of them took an on-site survey about what mattered most to them. The surveys showed that “love,” “family,” and “happiness” were the three most common values people lived their lives by. When asked which values respondents’ most looked for in others, “honesty,” “respect,” and “trust” were the winners.

“We as a bank are really interested in learning what drives people’s life decisions and how might we best get at what really matters so we can develop the best products that meet their needs,” Breman Tzur told Marketing Daily.

The digital portion of the campaign goes beyond banner ads, Breman Tzur said in an interview. “We are looking at taking over digital properties,” including forums that will “allow people to share their values.”

HSBC is concentrating its brand-building efforts in NYC because 380 of its 470 U.S. branches are in New York.

HSBC has 335,00 employees and serves 100 million customers around the world. 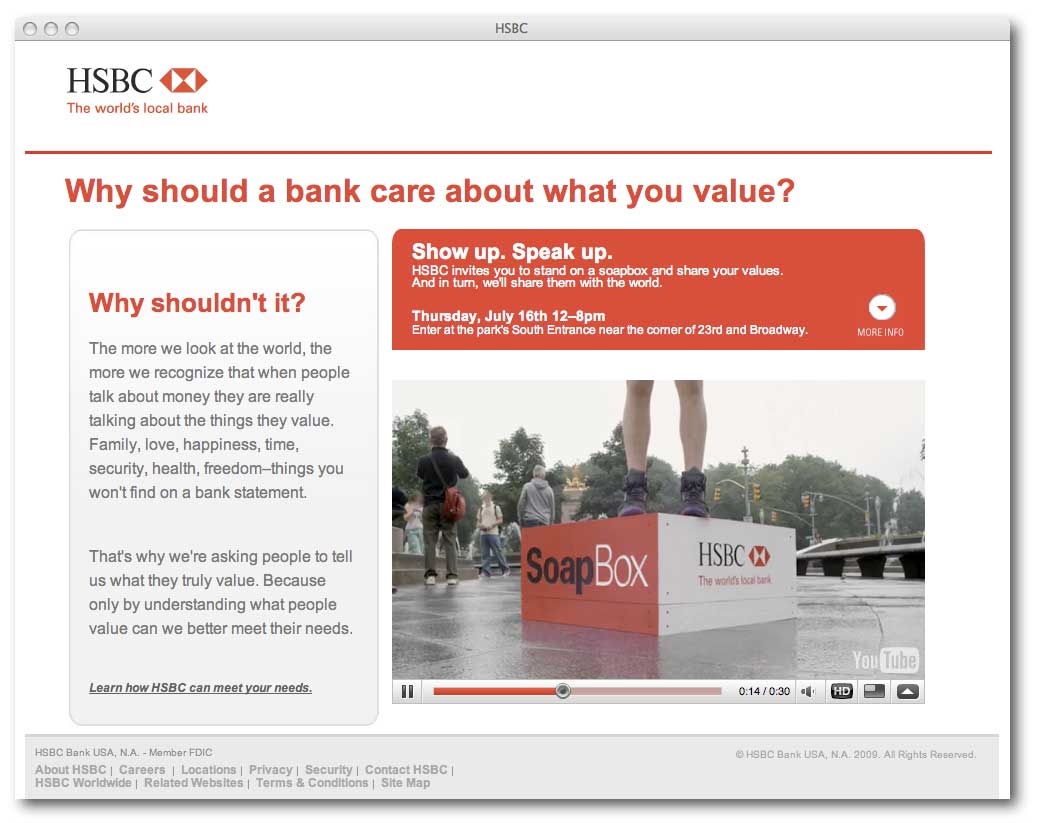 SOAPBOX MICROSITE
There isn’t much going on here. In fact, its probably unfair to call it a microsite.
It’s more like a promotional landing/tracking page.

MADISON SQUARE PARK (23rd Street & Broadway)
What do the little red ‘Ts” on the map indicate? Are they cameras?