Subscribe Now Get The Financial Brand's FREE Email Newsletter
'Disruptive Innovation' describes a process by which a product or service takes root initially at the bottom of a market and then relentlessly moves up market, eventually displacing established competitors. While there is little to indicate that banking might be an exception to the rule, there’s still enough time for bank and credit union executives to read, understand, and act on the handwriting on the wall.

While there is an ongoing debate over the definition of ‘disruption’ and ‘innovation’ in various banking circles as well as debate over Clay Christensen’s Theory of Disruptive Innovation by Jill Lepore in The New Yorker, there is no debate there is significant change occurring in the banking industry. Recent coverage in this publication include:

These are but a few of the recent headlines, with new and different examples of ‘disruptive innovation’ being published every day in various other trade and business publications. Even Marc Hochstein, managing editor of the American Banker has weighed in, cited the example of TD Bank CEO Ed Clark expanding banking hours and then buying Commerce Bank to have a US presence as evidence that banks really are up to the task when it comes to disruptive innovation.

Clearly there’s a lot still to be done to convey the gist of how the enormously important concept of disruptive innovation works to change the destinies of entrants hungry for their chance at developing a market and incumbents focused on competing for (many times, shrinking) existing share. And while not every disruptive innovation may impact your organization equally, having so many different species of predators actively circling the banking industry at once indicates that the problems being recognized are structural and related to the financial services industry as a whole rather symptomatic of isolated difficulties.

Business analysts are warning that the banking and credit union industries must become more ‘modern.’ Given the degree to which cost and convenience plays a role in who gets to stay on the island and who is voted off, it makes plenty of sense to move from being represented predominantly by physical (branch) locations to ones located on computers and phones. And, while there’s plenty of work to do to keep up with the Joneses (or in this case perhaps the Morgans), everybody knows that its not the defensive team that scores the points needed to win a game. The problem that comes with being an incumbent, however, is that the playbook for your offense was likely written by someone from the same school that wrote the playbook for your competitors … so gains will remain difficult, and wins will be as much about luck as they are about skill.

“Clay Christensen is renowned for pointing out how incumbents routinely succumb to Disruption, even as they do everything they can to be more competitive. And while there is little to indicate that banking might be an exception to the rule, there’s still enough time for bankers to both read, understand, and act on the handwriting on the wall.”

If the predictive tea leaves identified in recent headlines are correct, a pattern of pricing and regulation encumbered legacy organizations being disrupted by less encumbered, technologically adept entrants is emerging within the financial services industry much as it has with retail, transportation, communication and a host of other industries that have been ‘managed’ in much the same way. It’s worth noting that while bookstores, railroads, telecom, and radio stations still exist, the former giants which led those industries have either faded from existence, or are at a minimum no longer dominant in sectors where they once exercised the lion’s share of influence.

So, what are we to make of this disruptive innovation going forward? Shall we consolidate and raise prices as traditional oligopolies have in the past to assure that this generation of investors receive their due returns – or should we try something that Steve Jobs might refer to as ‘different’ in the hope we might break this cycle which tends to throw out the baby along with the bathwater? For argument’s sake, let’s presume we prefer the latter (‘different’) outcome rather than surrendering ourselves to suffer the tumultuous changes disruption has wrought in the past.

As you’re probably aware, there is a great deal of theory on why disruptive innovation occurs despite the best intentions and actions of incumbent management. What there isn’t, is a lot of good case work that indicates the optimal approach to meeting this challenge head on. So, rather than discuss theory in depth, we’ll discuss just the parts that are important to bankers and credit union executives right now, and then show how these look in one of many hypothetical disruptions having the potential to affect your industry.

“An innovation that is disruptive allows a whole new population of consumers at the bottom of a market access to a product or service that was historically only accessible to consumers with a lot of money or a lot of skill.” – Clay Christensen

The thought here is that if you can recognize what’s coming and know how it works, you can at least try and get there first. Specifically, we’ll explore the potential of doing what knowledgeable new entrants might do if their intentions were to make money while making the banking industry obsolete.

In terms of the theory (backed up by a lot of very good observation), it is of necessity that the process of disruptive innovation begins with a construct Clay Christensen calls the ‘Jobs to be done’. This means is that from the customer perspective, the functionality being provided (the ‘job’ that the product or service is helping the customer accomplish) is and will always be more important than the technology and/or business model being used to do the job.

The first rule is that you can’t possibly know precisely what strategies to implement until you and your entrant competition throw a few things up against the wall to see which ones stick. If you follow roads that have already been paved, you’ll only get to places others have already been. That’s what lemmings do (as have the retail, railroad, transportation, and radio broadcast industries). Given the multifaceted nature of the attack on the banking industry, you can be certain that those exits don’t lead to safety. Plan to pivot (early and often), and create your product development strategy in a way which will allow you to learn and benefit the most from each iteration.

The second rule doesn’t come as much from theory as it does from common sense – to be a successful disruptor, stay out of the incumbent industry’s reach and/or line of fire (for now). Recent entrants seem surprised that incumbents would seek them out to destroy them or buy them just to make the improved product or business proposition disappear. When you’re authentically disruptive, internal traditionalist will try to stop disruption just like they would invaders from the outside.

Might makes right; let your customers be the ones that mount the eventual attack on your predecessor and peer incumbents and not you. Intrigued? I hope so, since we’re about to step off of the still comparatively solid footing of what we believe is becoming the Titanic in exchange for that of a lifeboat of still-unknown quality heading into relatively unforgiving and tempestuous seas.

Part Two of my article on disruptive innovation will discuss a currently emerging business model you may not even be aware of and is one among the many having the potential to take the financial services industry to task.

Between now and the reading of Part Two in The Financial Brand, I suggest reading more on Clay Christensen’s Theory of Disruptive Innovation and the very interesting attack on his theory by Jill Lepore in The New Yorker. Additional insight can also be gleaned from Christensen’s interview in BusinessWeek, where he responds to the New Yorker article. 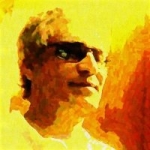