Subscribe Now Get The Financial Brand's FREE Email Newsletter
Simple logic would say that Walmart's huge physical retail store system would make a great distribution network for the new fintech startup it is partnering on with Ribbit Capital. But a deeper look at the company's present leased-branch arrangement makes that appear less likely — at least it won't just mean replacing bank in-store branches with 'Bank of Walmart.' 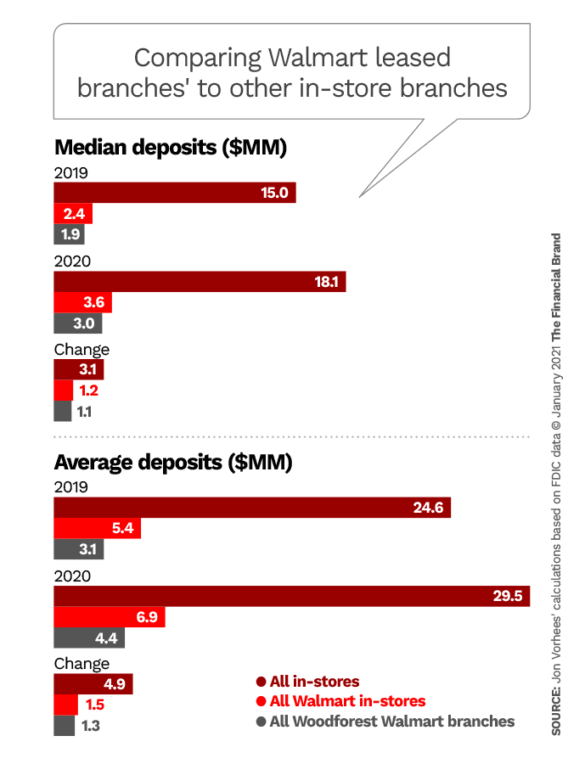