[Note: If The Financial Brand covered another industry, we probably wouldn’t spend so much time talking about security. But robbers rob financial institutions because “that’s where the money is.” Security impacts the consumer’s experience more so at financial institutions than just about anywhere else (except the airport). So The Financial Brand figured who else would be better to talk to about branch security than a convicted bank robber. Enjoy!]

When you’re in prison, you’ve got plenty of time to learn some things. For instance, guys convicted for armed robbery quickly learn that it’s much smarter to pass notes at banks than hold up a liquor store at gunpoint. Not only will you face a lighter sentence, you don’t have to worry about someone whipping out a shotgun and shooting back. 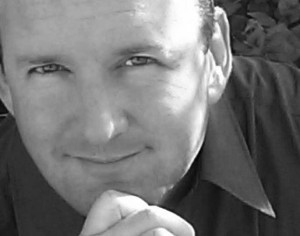 There’s a lot one can learn about robbing banks when in prison. And who better to learn from than Troy Evans?

Back in 1992, Troy Evans was sentenced to 13 years in the Federal Correctional Complex in Florence, Colorado. He was convicted of multiple bank robberies in three states over six months.

How many banks did he rob?

“More than the five I was convicted of,” Evans admits.

Evans only served seven years of his sentence before being released early, but earned two degrees with a 4.0 GPA during his time.

Since his release, Evans has dedicated himself to helping financial institutions minimize their risk of robbery. Capitalizing on his experiences as a bank robber and his reputation as an ex-con, Evans has forged a successful career as a noted speaker and branch security consultant who’s authored two books.

He has been featured on Good Morning America, CNN, FOX, The Washington Post, Chicago Tribune, Newsday, The New Yorker and more. Evans has even published a DVD/CD training tool for financial institutions, Deterring & Responding to Robberies, (which you can order here through Bankerstuff.com).

It may sound a little like the fox guarding the hen house, but Evans has achieved a truly impressive turnaround — something very similar to Frank Abagnale’s story.

A “hello” from staff can mean “goodbye robber”

For research, Evans met and interviewed some 300 convicted bank robbers, and he’s found a lot of common themes. For instance, what’s the one thing robbers are looking for when casing a branch?

“They are always looking for the path of least resistance,” he says.

Evans would always “case the joint,” as he puts it, before the robbery, sometimes 2-3 weeks in advance.

“I’d come in and ask to exchange a $10 bill for a roll of quarters,” he explains. While conducting the transaction, Evans would note how engaged staff were. Were employees paying attention? Did they say hello? Did someone extend a hand and welcome him?

“The last thing a robber wants is for someone to notice them. Someone to look them in the eyes,” he says.

“If anything makes a robber uncomfortable, they’ll move on to another location,” says Evans. “There’s just too many other financial institutions to choose from to bother with the ones who notice and acknowledge you.”

But did they even notice him? Evans apparently had no trouble finding detached and distant employees working at the dozen or so banks (and one credit union) he claims to have robbed.

“That’s why your frontline people are the most precious resource in robbery prevention,” Evans says. “And the #1 priority is to prevent your financial institution from being selected in the first place.”

Indeed what Evans is referring to are the principles behind Operation Safecatch. If staff say hello and acknowledge people as they enter your branches, not only will they be getting great service, staff will be minimizing the risk or robbery.

“There were a couple dozen banks I really wanted to rob,” Evans admits. “But they made their presence known.” 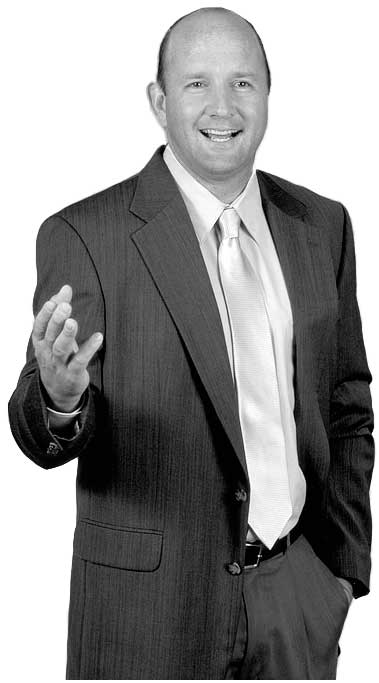 Evans says he got the idea to start robbing banks from a girl he was dating. She worked as a teller at a bank, telling him all the ins-and-outs of branch security — bait money, dye packs, policies of compliance, etc.

“I learned that all I had to do was ask,” Evans says. “Employees were told to comply, so if I told them, ‘Don’t give me any bait money,’ they didn’t.”

That’s why Evans recommends financial institutions have all their employees sign non-disclosure agreements.

“They shouldn’t ever discuss anything about security with anyone ever,” Evans cautions.

He recommends you make such a non-disclosure agreement binding beyond employment.

And in case you were wondering, no, Evans never robbed his girlfriend’s bank.

Be alert on Fridays

Evans says robbers believe financial institutions have more money on Fridays for people cashing their paychecks. True or not, it’s the reason he says banks are targeted more frequently on Fridays.

But Evans points out there can be other reasons too. For instance, if the robber has a drug problem (as Evans did), the fear of a weekend without a fix can drive them to find the nerve.

“Usually bank robberies are an act of desperation,” Evans observes. “It’s usually something related to drugs, gambling or debt — maybe foreclosure. They’d rather rob a bank than deal with an ugly weekend.”

Evans says he never even considered robbing a branch that had bullet proof (or, more accurately, “bullet resistant”) glass. But, he wonders, “What’s the cost to the financial institution? Aren’t they supposed to be in the ‘people business?’ Isn’t it supposed to be all about ‘building relationships?’ How can you do that behind a two-inch thick glass barrier?”

Evans says another way financial institutions can improve branch security is to keep a “Suspicious Activities Log” at each branch. Every teller and every employee is responsible for each other’s safety, so if they’re alert and pay attention, they might notice something that someone else needs to know about on another shift.

“You want employees to know what look for if someone’s been casing the branch,” Evans recommends.

If you do get robbed…

“Stay calm and pay attention,” Evans says. “It’s critical that you notice everything you can about the robber.”

“Look for identifying marks — scars, tattoos,” he recommends. “Pay attention to anything you can use to identify the robber later.”

For instance, Evans points out, “My right ear is larger than my left ear.”

“The more you notice, the better the chances are that the robber gets caught and convicted.”

Immediately following a robbery, Evans strongly urges all employees to sit down and write out every single detail they can recall. He encourages every financial institution to institute this recommendation as policy.

One night in 1992, Evans was staying at a hotel in Denver when the hotel’s manager gave him a call.

“This is the front desk,” the man said. “We’re all booked up, so we need you to come down and pay your next night in advance.”

After ignoring the first call, Evans was phoned again with a reminder to come down to the office to pay for his next night.

As Evans walked through the parking lot to the office, he saw a swarm of men armed with automatic weapons. They were coming for him.

How did he get caught? He was ratted out, as the expression goes, by another ex-girlfriend (not the one who was the teller at a bank, a different one). One day after robbing a bank, Evans came home expecting his girlfriend to be at work.

“I walked into the house stuffed with a pile of money, and she wanted to know where it came from,” he says.

He lied about it’s origin, but the girlfriend remained suspicious. Years later when she heard about a bank robbery, details made her recall the mysterious money incident and she immediately suspected Evans. She called the cops, and Evans was nabbed.

“It’s good that they caught me when they did,” Evans confesses. “I was strung out on drugs and in a very dark place. I had been thinking about committing suicide-by-police.”

Fortunately, Evans didn’t have his gun on him at the time of his arrest.

“I never had it loaded anyway,” Evans admits. “It was always just for show.”