The report itself is an overblown contortion of statistical methods and techniques, including regression analyses, percentile computations, marginal effect calculations, and correlation estimations — that fundamentally found that: 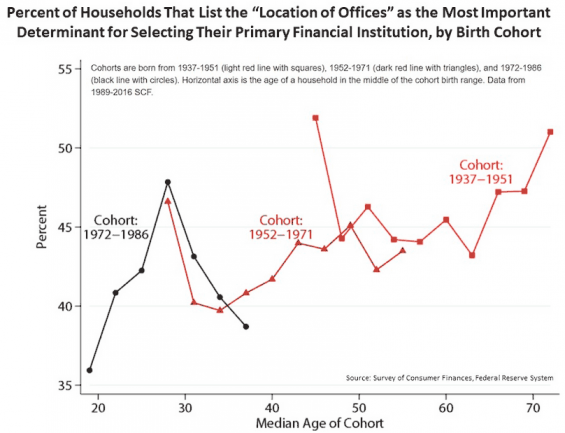 Why Are There Still Bank Branches?

The reason bank branches were built is simple: to house bank employees.