A study by Point Enterprises, a software company specializing in branch staffing and scheduling solutions, reveals how many banks and credit unions keep their branches open weekends. The study looks at the availability of Saturday and Sunday hours for financial institutions with small, medium, large and very large branch networks.

Each vertical bar represents a cluster of financial institutions with similar size branch networks. Within each bar, there respondents are broken down according to the percentage of branches they have open on Saturdays.

Blue indicates the percentage of respondents who have no branches that are open Saturdays. Gold indicates how many financial institutions in that category open most (if not all) of their branches on Saturdays. 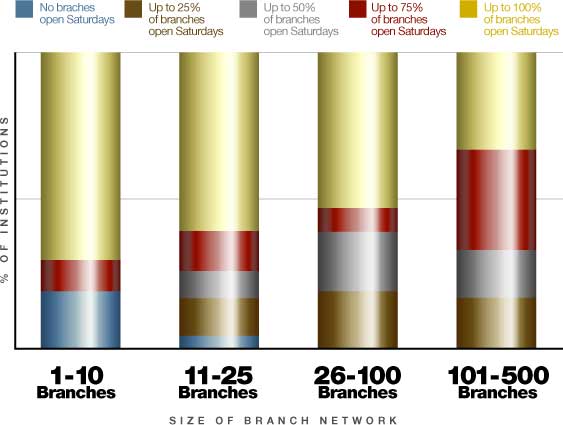 “Saturday hours would appear to be an accepted, and even expected, practice at this point,” he said. 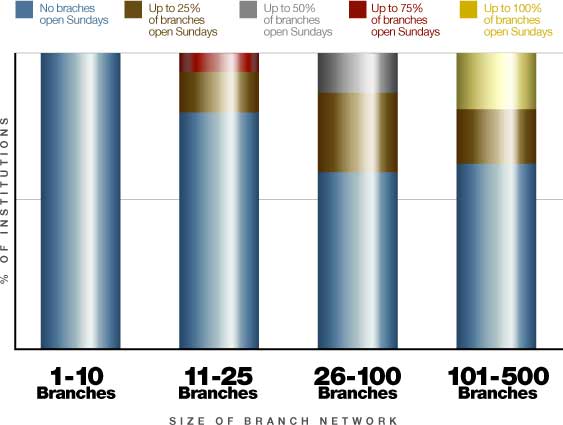 Only one institution had Sunday hours for most of its branches, and one other had approximately half its branches open on Sunday. Of those banks and credit unions with at least some Sunday branches, most only kept a small percentage of them open.

One Role vs. Many Hats

For this section of the survey, the response choices were: 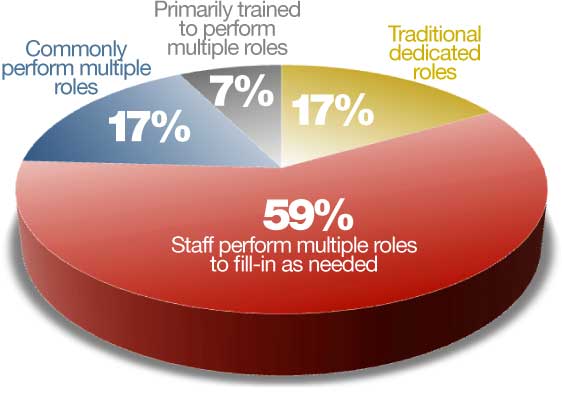 One third of financial institutions use “floaters” at teller positions. Another third uses “universal floaters” who can staff any position. And the remaining banks and credit unions don’t use any “floaters” at all. (“Floaters” are employees who can move from one branch to another based on staff availability and peak traffic patterns.)

“Traditionally, employees’ roles are viewed as ‘silos,'” noted Basri. “Employees are either tellers or new accounts or loans, etc.”

But Basri said that’s changing. “With universal staffing, employees deliberately cover multiple roles. It has been done on a limited basis for a very long time, but now it is becoming a much more common strategy.”

Several respondents said they were considering or evaluating universal staffing. These financial institutions noted that they are experimenting with various levels of universal staffing, but it has not yet been embraced as an ongoing operational strategy. A common approach is to explore some form of universal staffing at smaller branches while continuing traditional roles in larger, busier locations.

“Traditional staffing models only represented 30% of the sample, so the trend is clearly moving towards universal staffing,” added Basri. 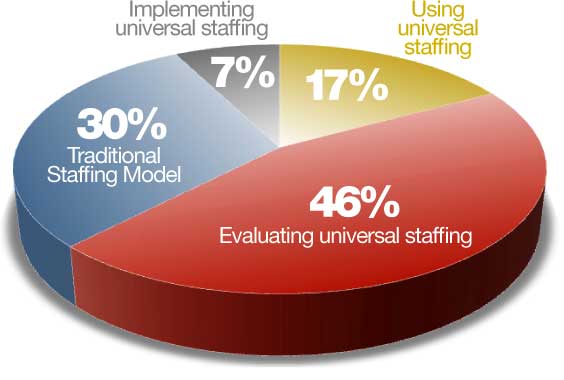 Basri hypothesized that those with weekend branches would have a greater reliance on universal staffing, but that was not the case. There was no bias for universal staffing models at large- or small financial institutions. Banks and credit unions of all sizes offered a full range of responses.

Basri noted that pursuing a universal staffing model is not on/off, all-or-nothing decision. “Some financial institutions are implementing it only in smaller branches. Some only cross-train teller and new accounts, while a few are going completely universal. Many — maybe most — still maintain a staff of dedicated tellers, but are supplementing those positions with universal staff.”

54 institutions responded to the survey, all of them operating in North America. Two were from Canada and the rest were in the United States. 47 of the respondents were commercial banks while 7 were credit unions. 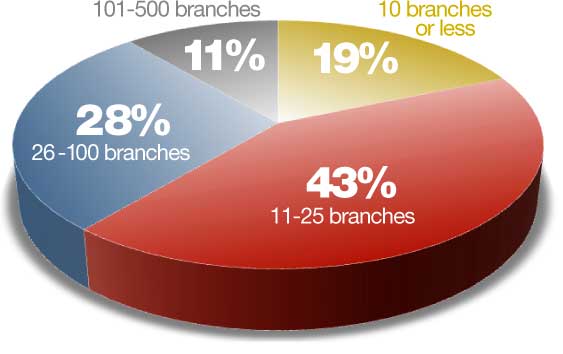