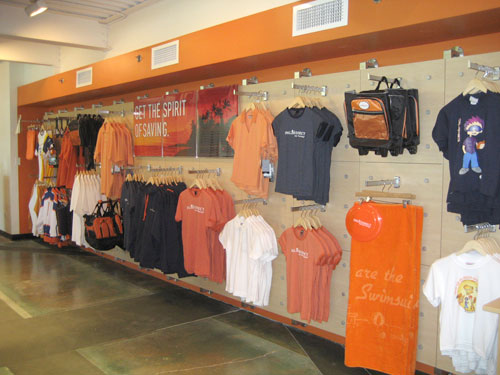 ING Direct officially opened its newest café in Honolulu last Sunday. The branch — if you can call it that — features more than 9,566 square feet of space with a conference room, broadcast studio, free WiFi and terminals for Internet access.

The cafe features an ocean theme highlighted by a 1930s custom outrigger canoe on loan from the Friends of Hokule’a. 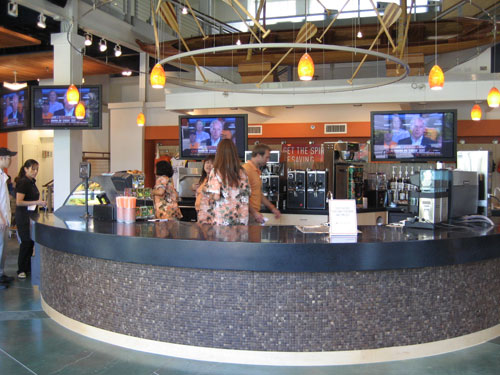 Besides a full-service cafe serving espresso drinks, there are pastries from Panya Bistro. 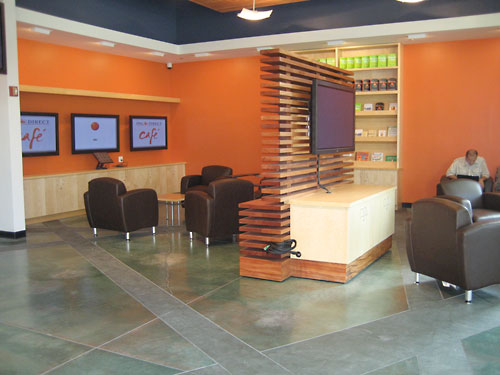 The new Honolulu ING Direct café will also serve as a meeting place where nonprofits and local groups can host events. Additionally, the café will provide free financial seminars to the public on topics ranging from raising financially fit children to neighborhood economic summits.

The branch is staffed by 12 employees.

The previous tenant, surfing giant Local Motion had constructed a DJ sound booth to broadcast surf reports. It jived with the ING Direct brand, so the bank decided to expand it by adding a broadcast stage. The bank is encouraging those active in the local broadcast community to use the space, Andy Bumatai kicking things off with his NightTime show in January. ING Direct hopes to follow this with educational programs supporting Hawaii’s youth in broadcasting. The bank will also invite local celebrities, athletes, and state/city officials to use their “Hawaiian Sense of Place” as a backdrop for press conferences.

Creating a brick-and-mortar presence for a purely online bank

The story behind the cafés makes perfect sense. When Arkadi Kuhlmann first started ING Direct, he had people visiting the ING Direct building on a regular basis to make sure the bank actually existed. It was the first time that anyone had heard of a bank without any branches. People drove from miles away just to make sure the place was legit. Kuhlmann figured the least he could do was invite them in for a cup of coffee and answer any questions they had. The concept stuck, so when he brought the ING Direct concept to America, he decided to open ‘touchpoints’ for the public.

ING Direct is committed to its branchless strategy. In an interview with The Financial Brand, a spokesman from ING Direct said, “It is part of our brand and is something that our customers have grown to appreciate.”

This is the third location ING Direct opened this year: New York, St. Cloud, Minnesota, and the most recent in Hawaii. The bank says it will build more in the future if it can “find the right footprint.”

ING Direct says the cafés are profitable retail operations, but they are more concerned with how the cafés build the bank’s brand image and awareness.

None of the cafés have any cash handling capabilities. ING Direct says they’re meant to serve as “public ‘touch points’ and not branches.”

ING Direct also started a unique partnership with Cycle Life in DC to operate as a reference/information/referral center in their newly operational café.

“The concept is like no other and as it continues to grow. We learn so much more with each success.”

ING Direct has been operating globally since 1996. They have over 20 million customers worldwide, 25,000 of them are in Hawaii. That’s about 2% of everyone in the state. 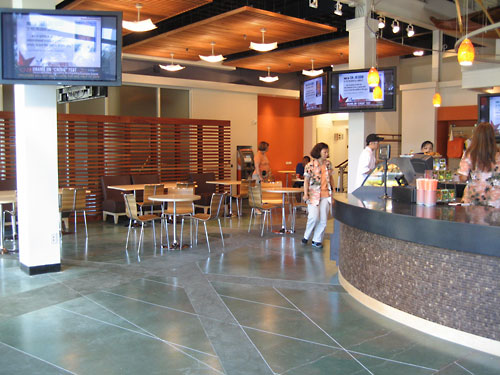 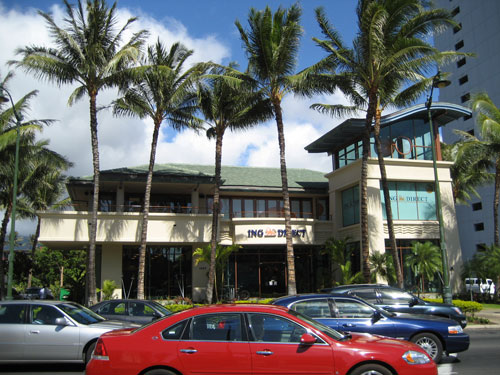 Tip of the Hat: To Jeff Mirabello in ING Direct’s Corporate Relations department for his cooperation with the writing of this article.