Subscribe Now Get The Financial Brand's FREE Email Newsletter
Despite reports that thousands of bank and credit union branches have closed, the density of many branch networks looks about the same as it did years ago, and most consumers are still about the same distance from their institution's branch. But with more closures on the horizon, will branch users be willing to travel further, or will they jump ship and switch to another banking provider? 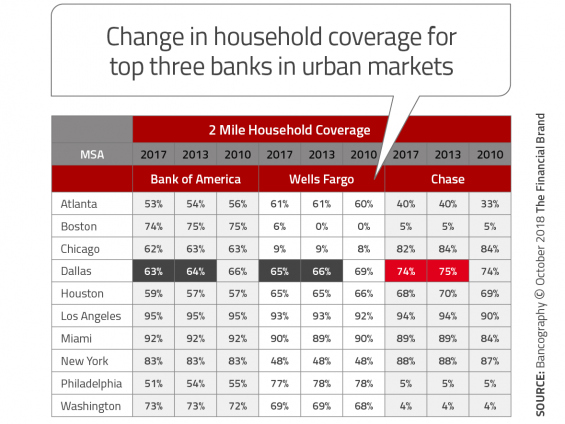