With financial institutions everywhere struggling to define the role of their branches, some banks and credit unions believe they have found the bridge between technology and transactions: video tellers.

Coastal FCU is leading the charge. The $2 billion credit union is one of the first financial institutions anywhere in the world to completely convert their entire network — 13 branches in all — to video tellers. Today, they have a total of 60 video teller terminals deployed, handling all the transactions conducted by Coastal’s 190,000 members. That’s an average of more than 4.5 terminals per branch.

Coastal first tinkered with video teller technology in 2003 at a single pilot branch. After a lengthy beta-development phase, Coastal subsequently rolled out the first of its current uGenius video teller units in late 2008. By the end of 2009, the credit union had converted ten branches to the technology. Today, tellers at all 13 of Coastal’s branches have been replaced by video.

While traditional tellers have been ousted from Coastal’s branches, the credit union has other staff on hand — branch managers, loan officers and other service reps — to handle members’ non-transactional needs.

“I think what they’re doing is quite cool,” Celent analyst Bob Meara told Bank Technology New. “You can take ATMs so far. At some point you need some personal interaction.”

Coastal has been reworking its branch network for a few years now. After adding a number of branches rapidly, the credit union reversed course in 2009 and started closing locations with less traffic. The credit union is down from its peak of 18 branches, but says that video banking platform could make opening as many as five new branches in the next few years a reality. 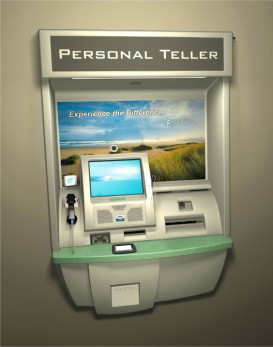 To initiate a transaction, a customer requests a teller by pressing the on-screen “Start” button. The request is routed to the next available video banking teller (who could be working miles away). The video terminal allows the teller and customer to conduct virtually any type of banking transaction, including cash and check deposits, check cashing, transfers and payments — all handled remotely. The terminals can also scan and verify documents, as well as read signatures.

Tellers working in Coastal’s video banking department are located in a special service center at the credit union’s headquarters. The original system that the credit union deployed back in 2003 required both the teller and member to be in the same building.

Coast FCU’s video banking platform is built on uGenius Personal Teller Machine (PTM) technology. uGenius, who is widely regarded as one of the leading pioneers in video banking, recently inked a partnership with NCR. The ATM giant will be optimizing its SelfServe 32 interior ATM units for the uGenius video banking solution.

According to analysts, video banking terminals typically cost around 20% more than standard ATM. But this increase in costs should be offset by the savings in staff/labor expenses. 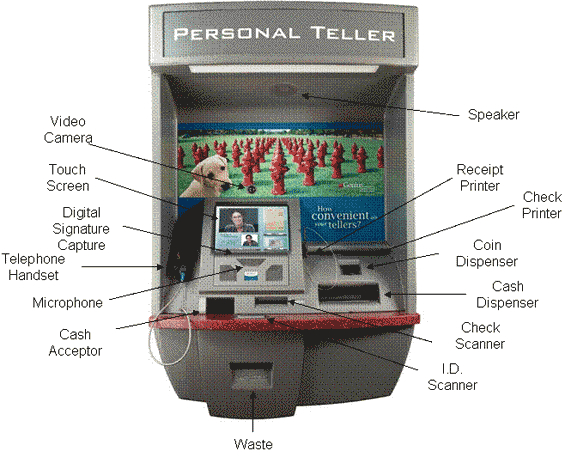 By leveraging the technology, Coastal Federal Credit Union has been able to expand its hours of service by 44% while reducing the number of tellers by 40% to 50%.

Using video tellers (and by closing a few branches), Coastal was able to cut its teller staff from around 70 down to about 20. Coastal said that it was able to dodge layoffs by transferring and reassigning tellers replaced by video.

“The magic of this system is that the associate doesn’t need to be in the same building,” said Coastal’s President and CEO, Larry Wilson. “Through new technology, one teller can help members in multiple locations, and we can instantly allocate teller resources to match branch traffic.”

“I’m able to work at four different branches from a single location,” Coastal teller Christianne Wilson told the Charlotte News Observer. “I enjoy the whole experience…being on the cutting edge.”

Prior to launching its video banking platform, Coastal members could conduct transactions only during normal branch hours — 8:30 am – 5:30 pm. But with video tellers now handling all the credit unions transactions, Coastal was able to extend hours to 7am to 7pm. In March of this year, the credit union made its Express Tellers available seven days a week, 12 hours a day. No one else in Coastal’s market provides teller-based transactions at this level, giving them a significant competitive advantage.

“The system allows us to serve members faster, handling peaks in branch activity more effectively,” Coastal’s CEO added. “It also makes it easier for us to extend our hours of operation and lower the cost of adding new branches.”

Coastal just completed its one millionth video banking session with members back in January, less than two years from when Coastal first deployed the technology.

Coastal member Randy Lamm the one millionth video banking user. He said he’s a frequent user, and often takes advantage of the video tellers extended-hours capabilities, allowing him to use a branch near his home if he can’t find time to use the location that’s nearest his job. 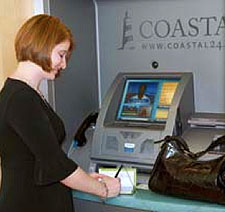 “Overall, I’ve been pleased with it,” said Lamm of Coastal’s video tellers. “It threw me for a loop at first, but once I tried it, I never had a problem. It’s very convenient, and I’m usually in and out in no time.”

Monica Wilson, another Coastal member, said she often can’t get to the bank during normal business hours, and sees no difference between using a Personal Teller Machine and interacting with a teller in the flesh.

“I especially like it because it is open after hours,” she said.

Coastal’s Personal Teller Machines frequently handle transactions of all sizes and types. The previous session — transaction #999,999 — was for $33,700.

Back when Coastal launched, they were one of only five financial institutions in the US using video teller technology. Today there are many other credit unions besides Coastal who offer some form of video banking in their branches (not all are uGenius clients), including Space Coast, Dort, First Ontario in Canada, and Mid-Hudson Valley FCU who was the first to provide 24/7 access to video tellers in its branches. Today, 60% of the Mid-Hudson Valley’s transactions occur after normal branch hours.

uGenius says that over 100 of its Personal Teller Machines have now been deployed in the banking and credit union marketplace in the United States, Canada and most recently in Australia.

What does the future hold? It only seems logical that the next step would be to migrate video banking into people’s living rooms. It seems a bit silly that we still need to drive to branches essentially just so we can — in essence — use the internet. Someday not too far down the road, financial consumers may be able to summon a banker for a two-way video chat wherever they are in the world, with whatever device they may be using — laptop, iPad or iPhone.

Indeed two banks in Russia have plans to roll out home-based video banking by the end of 2011. Russian Standard Bank is planning to launch a new online customer service through video chat. And the Bank of Moscow already has a system underway. 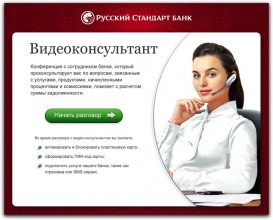 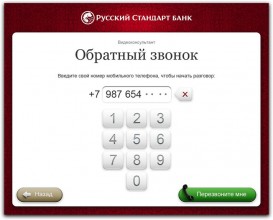