If you wanted to build banking’s version of Apple’s stores, you could bumble around trying to reverse-engineer the concept. Or you could go straight to the source, like Citibank did. Citi retained the services of Eight Inc., the architectural and strategic design firm behind the revolutionary Apple Store design, to create a new retail prototype for the global bank’s branch of the future.

Three years in the making, the result of Citi’s partnership with Eight is a series of flagship “Smart Banking” branch locations opened around the world. The first prototype debuted in Singapore in 2008, followed by locations in Japan, Hong Kong and, most recently, New York. While developing the concept, Eight says over 100 branch-level processes were reengineered. There are even four patents pending.

In an interview with BAI, Citi’s US head of retail banking, Brad Dinsmore, said the bank plans to roll out ideas pioneered at its prototype locations. “We will build a handful of flagship branches in key metropolitan cities, but most of the branches will be much smaller in design. While they will include elements of the flagship design and some of the technology, they won’t be nearly as large.” (You should read the rest of the interview here. It is excellent.)

Manuel Medina-Mora, head of Citi’s U.S. consumer banking division, said the bank’s strategy is to “invest in retail banking with a focus on customer-centric innovations and an eye towards growth in our key markets, drawing on smart banking technologies and best practices developed by Citi in Asia.”

At the centerpiece of the Citi’s branch of the future is a huge, interactive media wall displaying local weather, news and financial updates. There is also a touchscreen “Planning Table,” a series of interactive “Work Benches” and a digital “Service Browser” where customers can cruise Citi’s products and services (think: Tom Cruise in “Minority Report”). If a customer needs service, they can head over to the “360 Station,” a concierge-style rotunda (basically a greeter station). Customers can also opt for a live video conference with a remote Citi specialist. 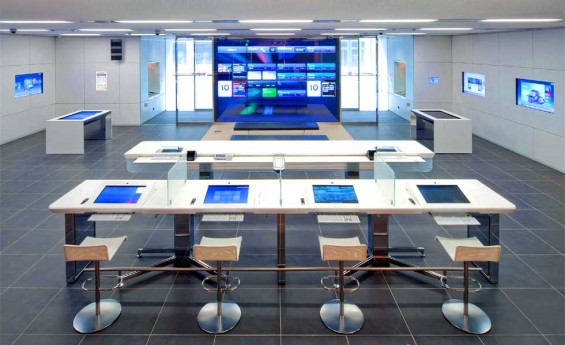 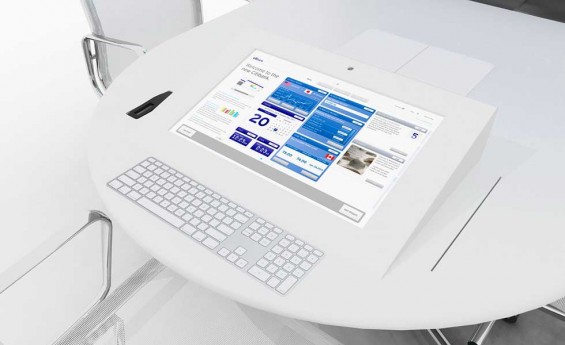 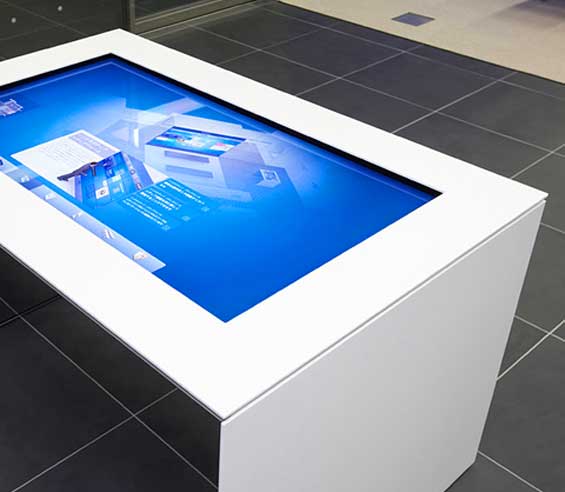 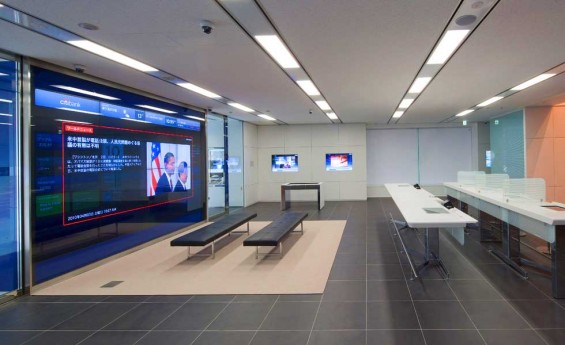 The biggest innovation is perhaps Citi’s 24/7 access to customer service experts via live video-assist terminals in the ATM lobby — something Citi claims is the first of its kind anywhere in the U.S.

“The Union Square location is bigger because we have so many specialists and experts located at the branch — small business bankers, personal wealth management advisors, mortgage specialists and those associated with our premium Citigold offering,” said Citi’s Dinsmore. 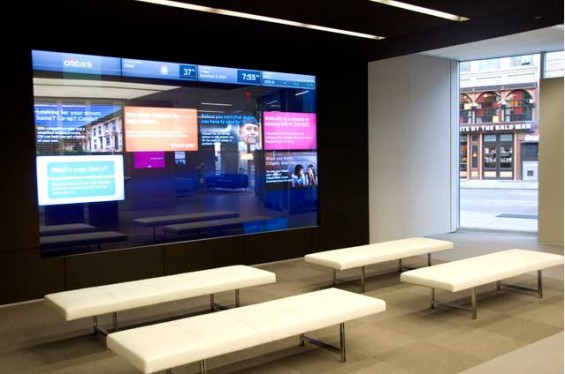 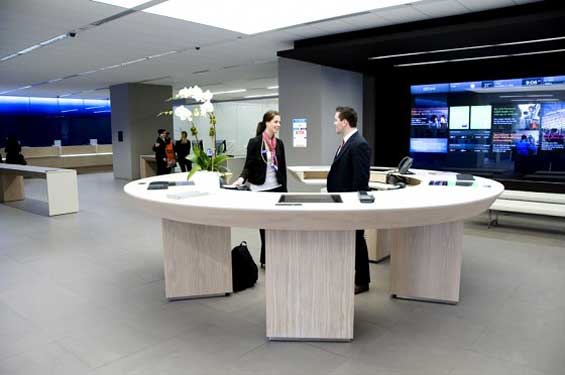 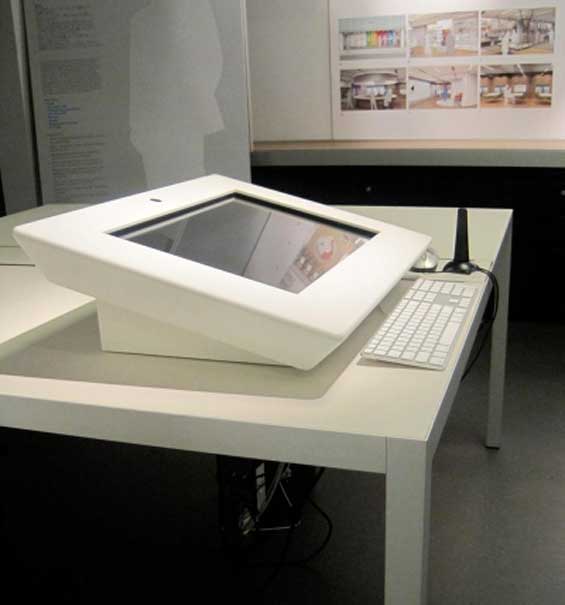 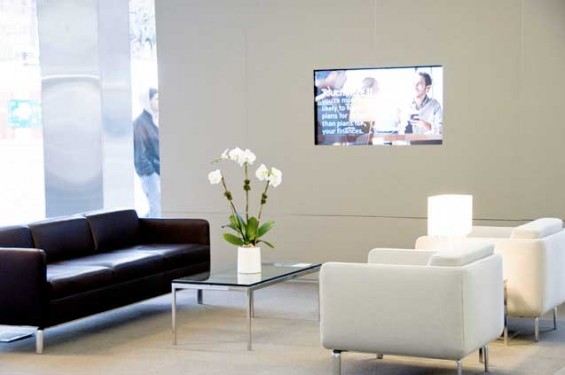 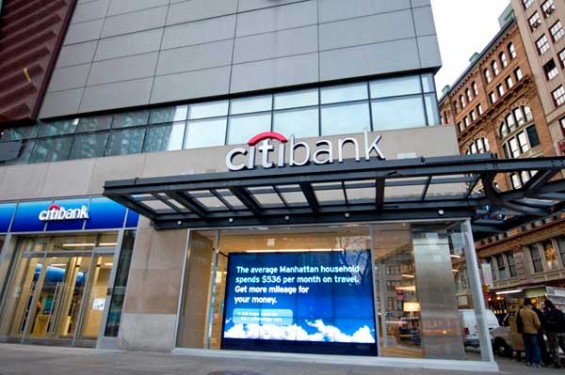 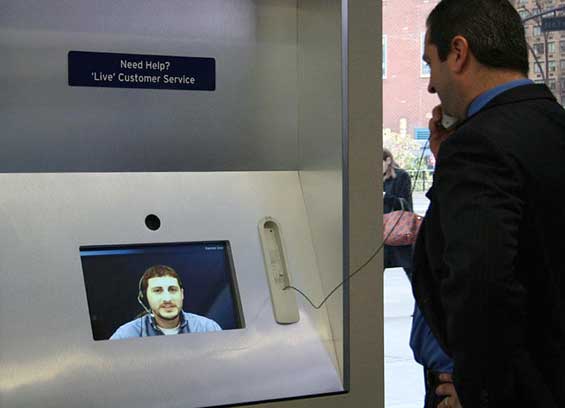 Go behind the scenes for the countdown to the opening of Citi’s new flagship branch in New York City with Billy Cho, the branch manager, and Brad Dinsmore, Head of Retail Banking, North America Consumer Banking in this fast-paced, three-minute video.

Citi’s Hong Kong flagship branch is wrapped in massive exterior LED video walls that light up in a visual spectacle twice daily, one at 1 pm and another at 8 pm. The shows are presented on two LED screens on the building’s façade that tower nearly 60 feet.

The second floor is for affluent Citigold customers, with a dedicated teller counter and commercial banking services. The top floor is reserved for Citi’s private banking clients, with more sophisticated wealth management and financial services for high-net worth individuals.

The opening of the new flagship location in Mong Kok is one of 33 new retail branch locations Citi has opened in the region. They now have more than 700 branches across the region, and that number is expected to grow to about 1,000 in the next three to four years. Citibank is also deploying an additional 150 ATMs around the territory, bringing the total to over 250 company-branded ATMs. 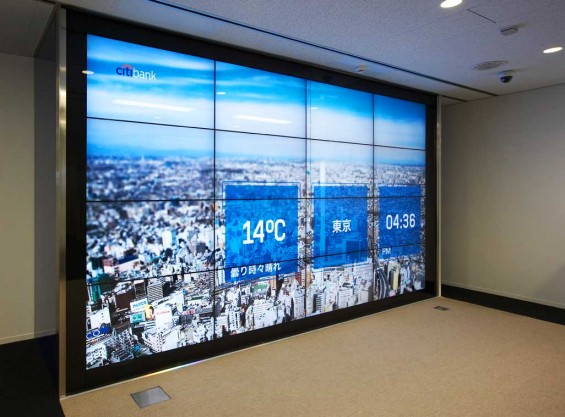 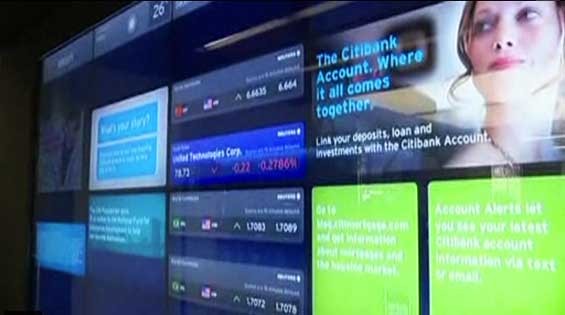 A specially designed wall in Citibank facilities allows customers to see the latest local and world news. It’s like a digital poster with promotions in real time, and Citi worked on it with the same firm that designed the iPhone. 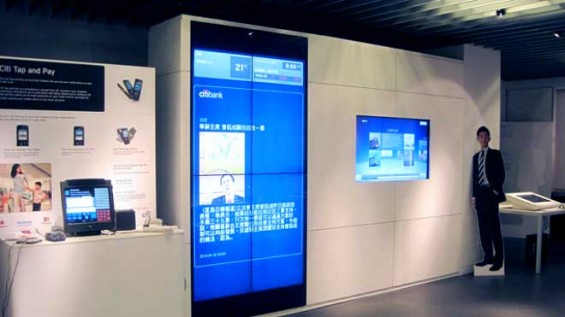 Like a giant iPhone that lets you shop for different credit cards or home loans, the sales wall is a massive screen. You flip through products on a large touch screen that works like the “cover flow” feature on iPods. You can either scan the information to your phone or apply right on the screen. 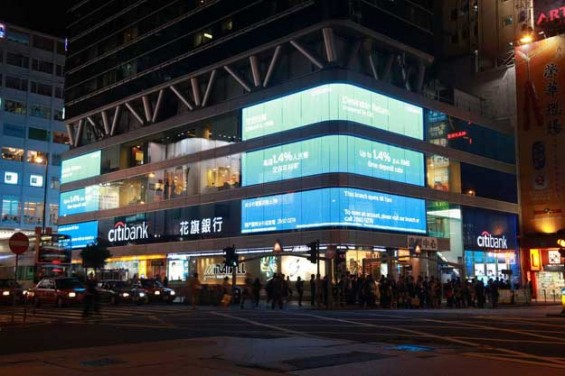