Subscribe Now Get The Financial Brand's FREE Email Newsletter
Some financial institutions are closing branches, but others like Bank of America and JPMorgan Chase are opening hundreds of new locations. These branches may not look the same as their predecessors, but they still serve the same strategic purpose: building brand presence while entering new markets and expanding geographic reach. 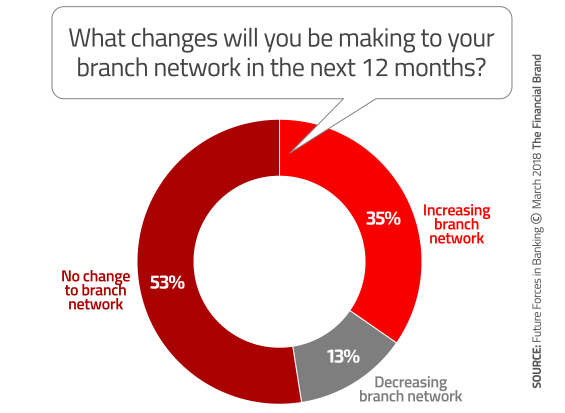