Subscribe Now Get The Financial Brand's FREE Email Newsletter
Despite a significant drop in branch transactions, increased cost of processing and minimal improvement in productivity, the reduction in the number and size of bank branches has not kept pace.

Time and technology have a way of changing people, for better or worse. When things change for the better, it usually means something or someone is getting left out. Remember when cell phones became the next big thing? People laughed, but soon land lines were obnoxious and “old school”.

Or what about old analog TV, with the roof antenna versus cable’s offering of a few additional channels when it first came out? The major TV networks didn’t predict how the public would handle a slight variation in the shows available to watch. They thought they would rule forever … but they were wrong.

Likewise, in the not so distant past, the majority of the population was moaning about the hours of banks and credit unions. There’s no way the younger generation will remember this, but bank teller lines and drive-thru tellers were chock-full of account holders. Sometimes a single trip just to deposit a check or withdraw money for the coming week could take as much as thirty minutes or more!

Fast forward to today, and the entire banking scene has changed. At any given time, branches can be empty. Front-line employees appear to wait mindlessly behind their terminals, waiting to work. Something doesn’t seem right. How did the system go from not enough branches to way too many branches?

For 24 years, FSMI has been tracking transaction trends and labor costs of financial institutions from all across North America. In our most recent study, the 2015 FMSI Teller Line Study, the results are difficult to deny. Due to the significant decline in branch transactions, year-over-year rises in branch costs, and the ongoing shift in how branches are being utilized by consumers – financial institutions that do not adapt their branch strategies will be in serious trouble in the coming decades.

What does this look like in a tangible set of scalable terms? From 1995 until 2008, the growth of bank and thrift branches in the U.S. was unprecedented (and quite unwarranted based on branch transaction growth). In 2009, banks began to scale back on branch locations, decreasing by close to 5% annually through last year. 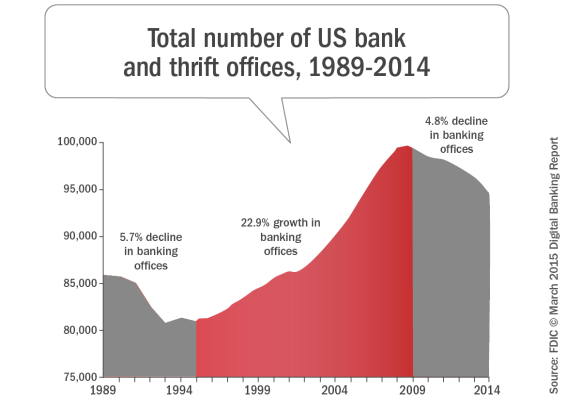 In fact, since 1970, the branch infrastructure saw a 300% increase in the number of branches. That means that all this time, and even with technology changing the face of how Americans choose to bank, branches were still on the rise. Despite the correction over the past 5 years, it’s still not enough based on transaction trends.

Since 1992, branch transactions have declined by 45% (with a 15% reduction in transactions in only the past 4 years). Most financial institutions have ignored this decline in transactions, as well as the issue of cost of branches, because at the same time, adding branches seemed to be the right strategy to achieve growth. 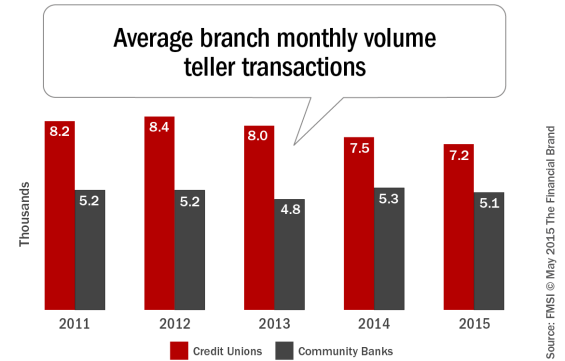 Now, with a rising cost for carrying out transactions, up 133% since 1992 (labor cost per transaction), financial institutions can no longer afford to ignore the costs associated with their infrastructure. 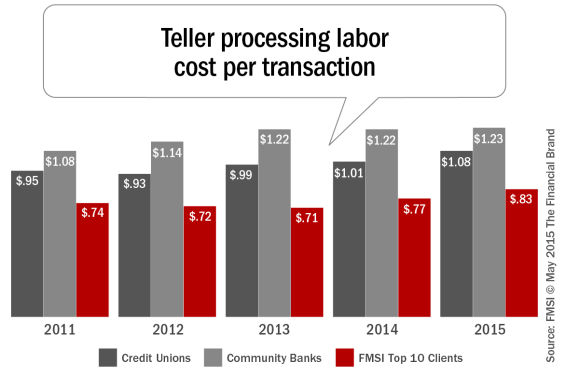 Banks have adapted to the rising costs in the branch by building more efficient networks through the use of technology including: ATMs, online and mobile banking solutions and new in-branch digital technology. Since the majority of banking transactions have always been of the simple kind – deposits and withdraws – almost anyone with a smartphone can transfer money between banks using checks … and if they own a debit or check card, they can access their funds from virtually anywhere.

Many financial institutions have also curbed their branch costs through the improved management of the full-time and part-time staff. Understanding the forecasted volumes of branch visitors helps banks spend their money more wisely in this investment to their branch. Every branch has idle periods, which can be analyzed to determine the best scheduling plans to achieve optimum work schedules. 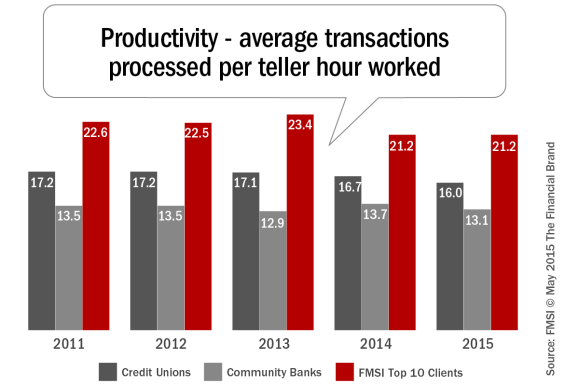 For the younger generations, who will dictate the future of branch banking, transactions will eventually migrate to a higher quality type of transaction, or ones that are more complex in nature.

FMSI recently published a white paper titled “Millennials’ Relationship with the Branch” including data supporting that the younger generation commonly visited branches to gain advice from financial professionals. As a result of this growing trend, many banks have focused on improving their financial counseling through deliberate training and coaching programs.

When branch employees offer more useful and beneficial services, it will help improve the financial health of many bank customers. In return, higher economic health and increased awareness of fiscal responsibility will only serve banks better as their customers become eligible for more of their financial services. This type of training will open a world of synergistic benefits between the branch and the banking customers.

The purpose of the branch is gradually changing. Mobile and online banking options are not going away. In fact, many banks are only making these channels better. FMSI still expects that within another 20 years, it is highly likely that there will still be branch operations. However, instead of a heavily focused deposit-centric branch, there will be more sales-centric branches as the simpler transactions completely transition away from the branch and into higher efficient technology channels. 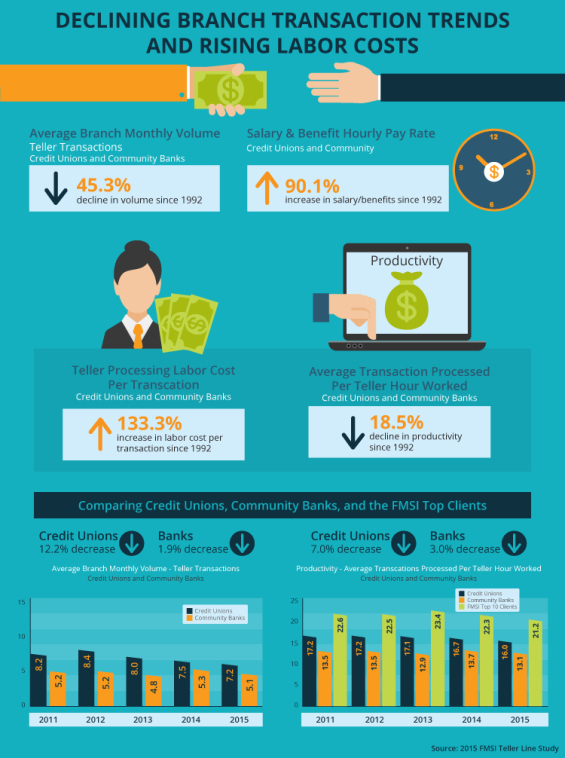