Bank of America branch tellers in New York recently took to the sidewalk to protest the installation of ATMs with video teller assist.

The activist tellers said the machines will result in a reduction of teller positions at the bank.

Ya think? Isn’t that the whole idea?

BofA teller Alex Shalom is petitioning his employer to stop a planned rollout of the machines. 61 are already in place in major markets, with more planned for installation across the bank’s US footprint.

“Part of my job is building strong relationships and being able to recommend quality products,” Shalom told ABCNews.com. “I don’t think you can do that through a video screen when you’re never going to know the customer and the customer will never know you.”

Reality Check: Employees in the banking sector can protest video tellers and other technological advancements all they want; it isn’t going to make a difference. It would be as futile as the employees of Blockbuster or Borders going on strike because they felt their job security was threatened by the internet. Do you think the employees of Sony’s Betamax division could have pressured the company to keep making obsolete VCRs? No. New technologies always have and always will cause some jobs — even entire industries — to disappear. 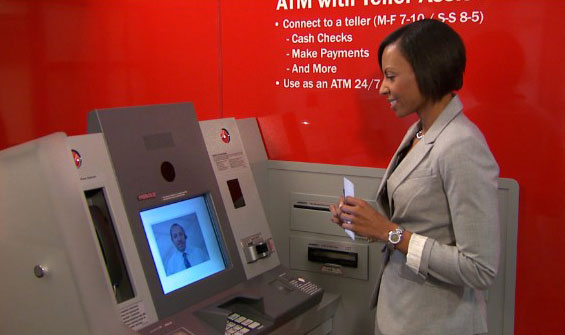 BofA spokeswoman Tara Burke said that the purpose of the video teller machines was not to displace teller staff. “We are not planning to replace tellers. We’re not cutting jobs,” she said. (At least not for now.)

“They like the additional non-traditional banking hours. They like the live interaction with the teller,” she said. “Overall feedback from customers has been very good. We are always looking for ways to help our customers bank easier. This provides that and flexibility.” 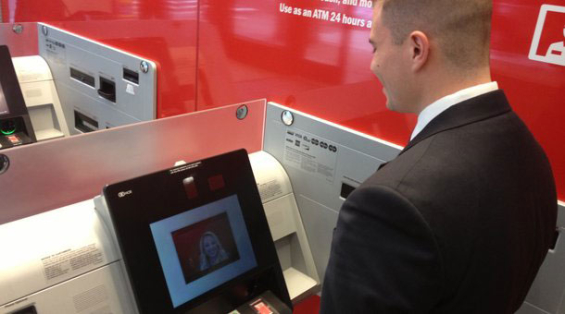 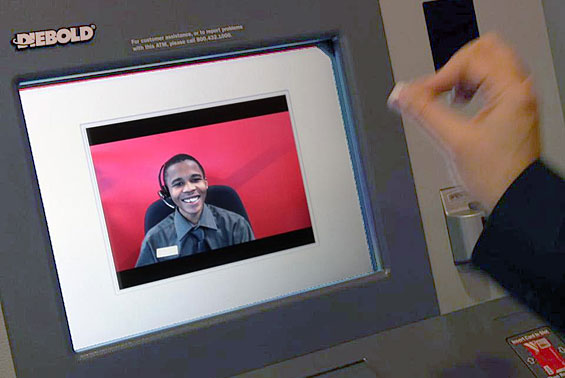 Ed O’Brien, a director at Mercator Advisory Group, a payments and banking research firm, says video tellers are a trend that’s “going to have legs.”

“My sense is that the largest banks and the large regionals that have the budgets to do it, are looking very closely at it,” O’Brien told the Boston Globe.

Greg McBride, senior financial analyst with Bankrate.com, says financial institutions don’t need the same level of staffing in each and every branch, particularly for routine transactions which have been on a steady decline for the last two decades.

“Over time you’re going to see fewer tellers,” he told ABC News in an interview. “The way people bank is changing and you’re not going to need the same level of human interaction for routine transactions going forward that preceded in years past,” he said.”

That said, McBride believes the tellers will still have a role and relevance well into the future.

“Some people have gotten used to the self-service model and prefer it. But if they have an issue and have a question, they want somebody to help,” McBride said.