Subscribe Now Get The Financial Brand's FREE Email Newsletter
A multi-year view of branch transformation progress indicates a heightened focus on brand strength and revenue growth through use of high-tech branches, combined with strong results from universal banker staff. 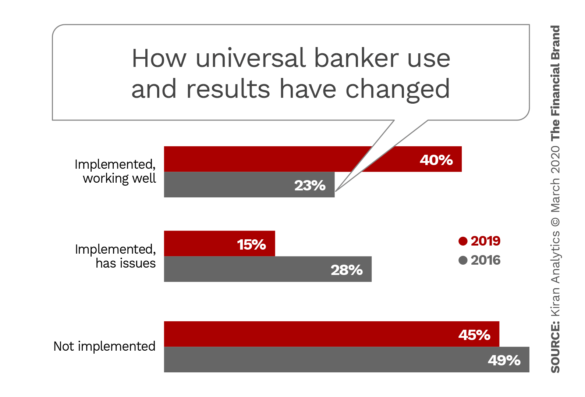 (Editor’s Note: Kiran Analytics has since been acquired by Verint.)