In its early days, ATB operated in smaller, remote areas that bigger banks didn’t deem profitable enough, and offered services banks didn’t, such as licenses for hunting, fishing and even marriage. In 1978, it launched its first mobile branch, Treasury Branch Mobile No. 1, which serviced northern Alberta. In 1990, ATB became the first financial institution in Canada to offer telephone banking.

”It was time to be more of an innovator, less of a bank.”

In 2007, ATB was ready for a transformation. They wanted to return their innovative roots to distance themselves further from their now not-so-much-bigger bank competitors. ATB knew that engineering a new retail branch experience was critical to that transformation.

ATB partnered with Karo, a Canadian branding and environmental design company, for to develop a retail strategy that they would term “the branch of the future.” 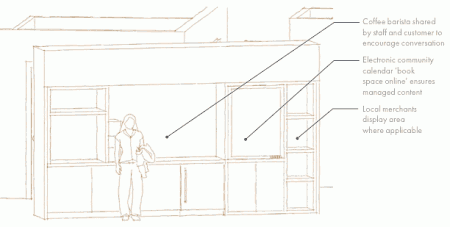 Karo also recruited ATB employees who were given journals to record notable interactions with customers and colleagues. One employee reported in his journal, “It’s really awkward to shake someone’s hand from behind the teller counter.” Karo’s own observations noted that counter heights created an obstacle to building relationships with branch visitors.

ATB didn’t want a cookie-cutter approach. They felt it was important that each branch be relevant to the community it was located in. They also wanted to buck the trend among banks looking to close branches by pushing customers online. ATB believed they could strengthen existing relationships and cultivate new ones by creating a space that encouraged people to stay longer and do more — an environment in which they felt comfortable, relaxed and welcome.

ATB slated three branches to be rolled out in Calgary. For one of the three prototypes, the largest of the three, Karo conducted contextual research including an inventory of businesses in the immediate vicinity. Within four city blocks of the branch, they found 28 restaurants, pubs and cafés. Clearly, installing a café in this ATB location — something many banks have done — did not make sense.

17TH STREET CORRIDOR
Karo showed ATB that the area slated for one of the prototypes was already packed with cafes and pubs. Who would choose to hang out at a bank branch over their favorite bar or coffee shop?

Gone are the ropes surrounding a strip of carpet. Instead, a concierge immediately greets customers. The concierge station is deliberately designed to be a standing position so this employee can “float” and mingle. (Karo later found that this could be disorienting for some if the concierge was not immediately accessible.)

Next stop: the “Dream Centre” the lounge in the heart of the branch where customers and employees can grab some coffee and strike up a conversation. (The staff room has no coffeemaker for this reason.) Customers can also browse the magazines, or use of one of the internet stations. In the Dream Centre, a digital community calendar displays events happening in the area, and local businesses can display their own material along with the other reading materials.

Also gone are the traditional teller counters. In the new branch experience, customers find themselves sitting alongside employees, with no window or computer creating a barrier. According to Karo, “The new seated arrangement makes it easier to have a conversation and underscores the idea that both parties are working towards a solution together.”

The “Wow Wall” is 90 square feet of LCDs and rear-screen, motion-sensitive projections facing the street. The interactive video wall features a moving tableau of imagery and brand messaging to grab pedestrians’ attention.

Similarly, the welcome wall inside senses movement. As a person draws near, it transitions to scenes of beach holidays, new homes and other aspirational imagery. “People are lured in, both physically and emotionally,” Karo says. 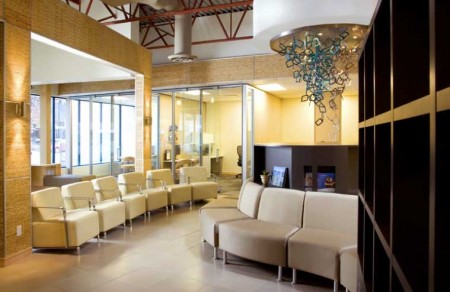 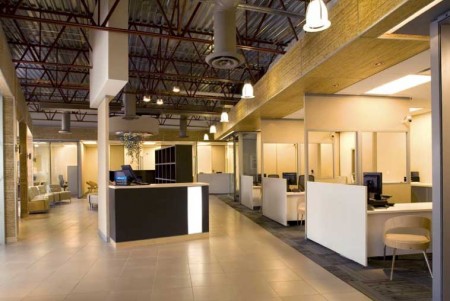 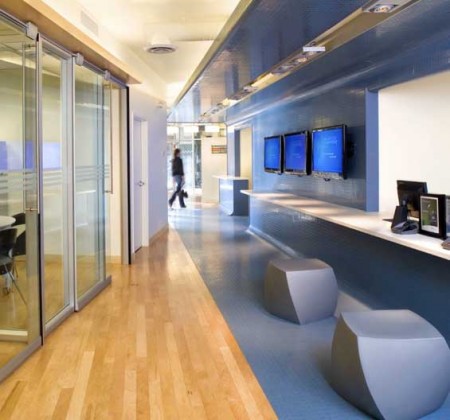 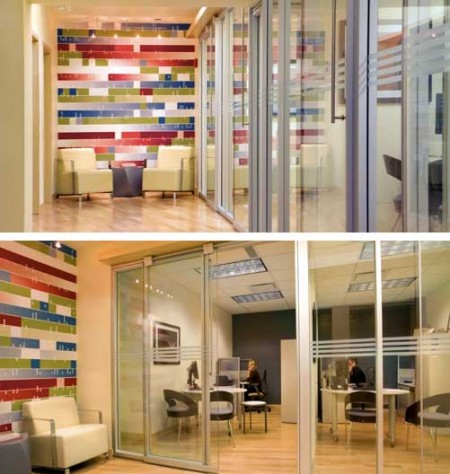 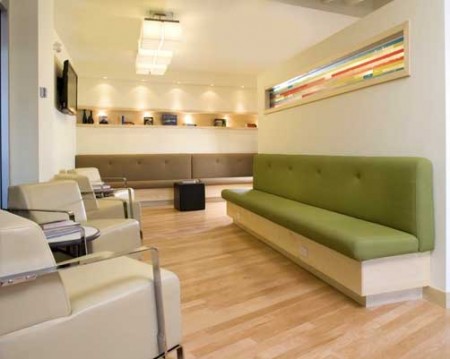 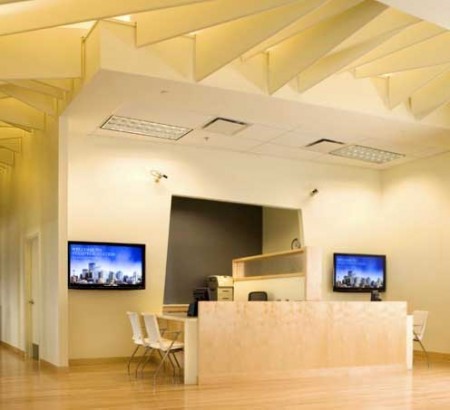 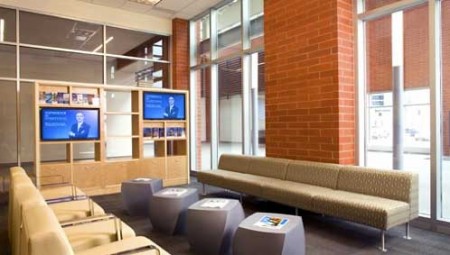 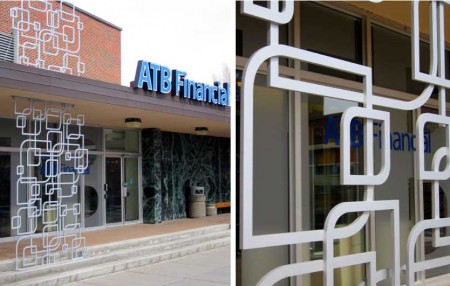 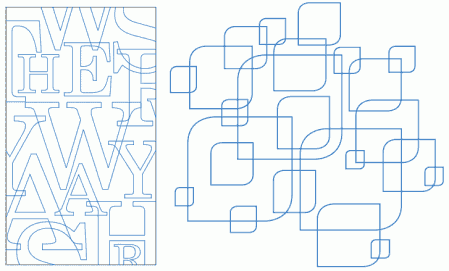 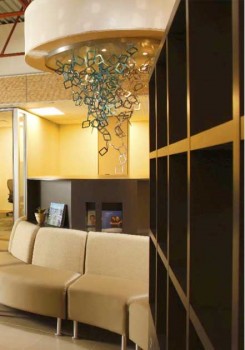 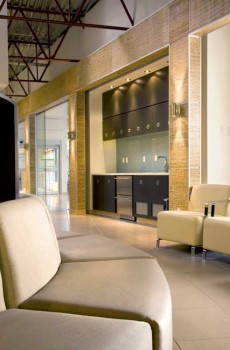 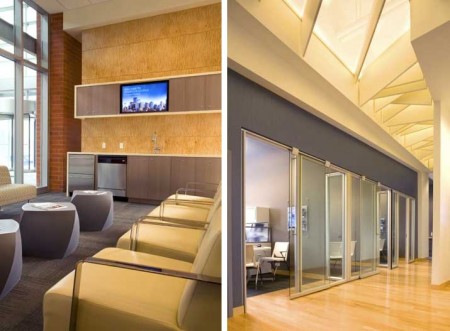