The richest man in Czech Republic would like to think he knows a thing or two about money. That’s why Petr Kellner, who has an estimated net worth of $9.2 billion, is trying to revolutionize banking in central Europe with his new startup, Air Bank.

The first Air Bank branch opens in Prague in a few weeks. It has no classical teller counter; the branches are entirely cashless. In fact, the branch is so heavy with technology that is it almost entirely paperless. And you can forget about stuffy bankers wearing traditional, conservative business attire. Air Bank Customers are greeted by bankers wearing jeans. 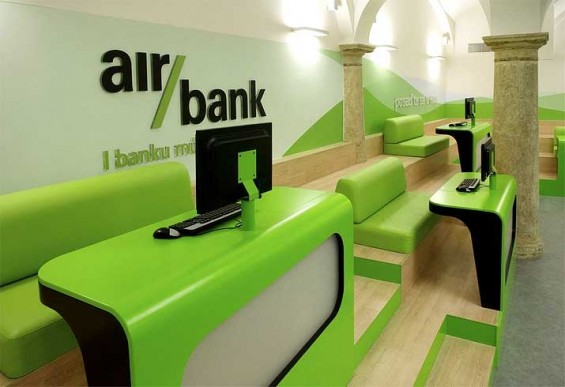 Once inside, customers can choose to sit and any one of the eight computer terminals available in the branch’s open floor plan. If they prefer to work alone, they can use the computer terminal for self-service. But if a customer requires assistance, they sit side-by-side with the bank employee, watching everything happening on the service agent’s screen.

Air Bank says this arrangement comforts customers in two ways. First, being able to see what the service representative sees; there’s no hiding anything. Consumers like transparent processes — especially with potentially confusing and cryptic matters like banking. Details and personal information about the customer are plainly visible. Second, Air Bank believes people are more relaxed when others aren’t queued up behind them, looking over their shoulder (an experience in retail circles known as “the butt brush factor). Studies have shown that shoppers become tense and impatient — thereby buying less — when the layout of a retail space forces other shoppers to get too close for comfort. 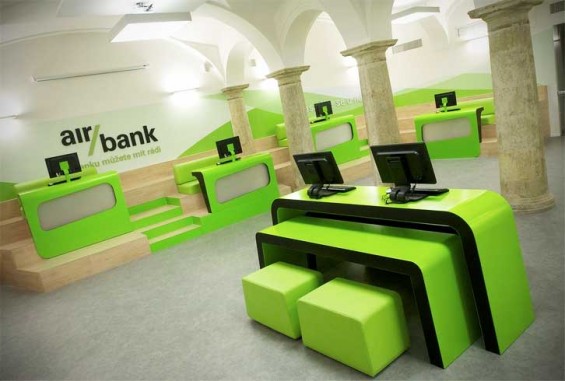 For more consultative interactions, staff can meet with customers in a private conference room.

Cash transactions are to be handled by through the bank’s exterior-facing state-of-the-art ATMs. The coolest feature these ATMs offer? Customers can choose their own mix of denominations when withdrawing cash.

Air Bank plans to have 8-12 locations open in the next few years, with the ultimate vision of a 40-branch network.

The firm says its concept for Air Bank was inspired by the ancient Greek “Agora,” an open gathering space, or square for public assemblies.

Crea is also working with Tarik Roustama, a billionaire who owns Russian Standard. 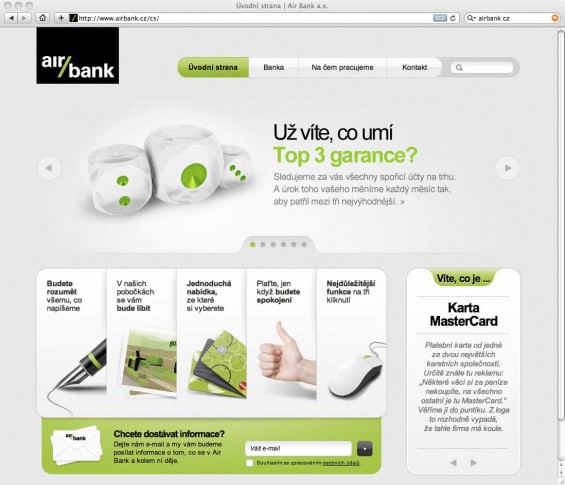 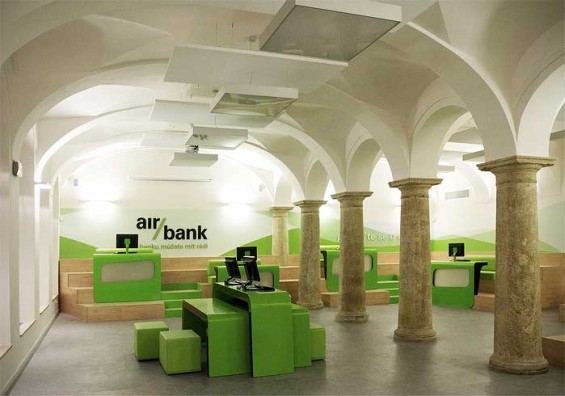 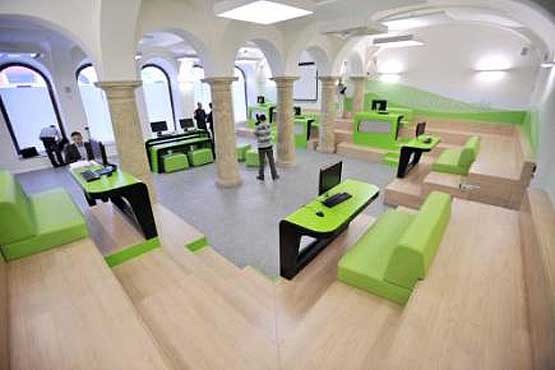 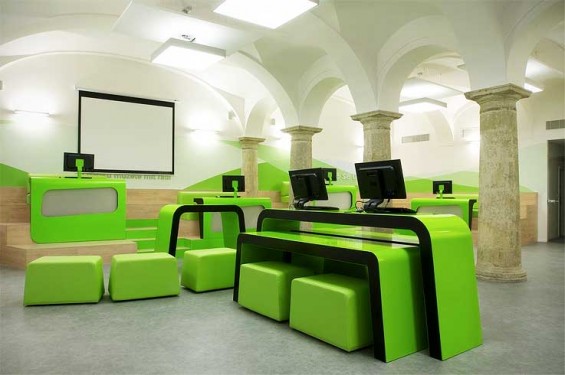 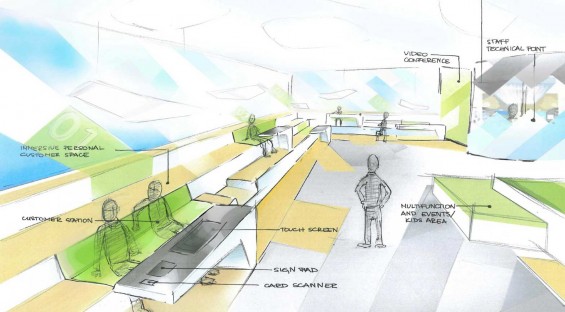 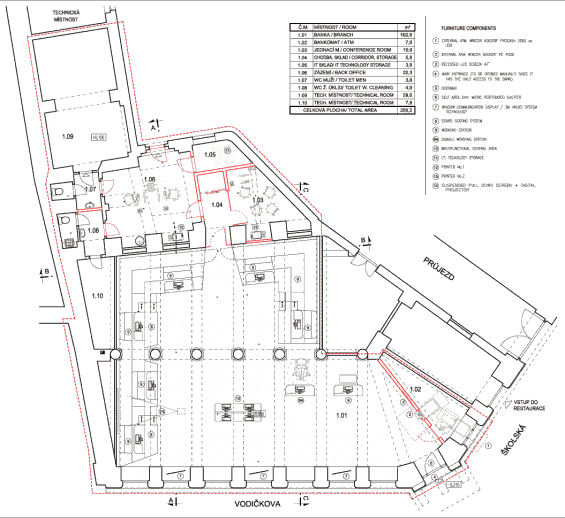 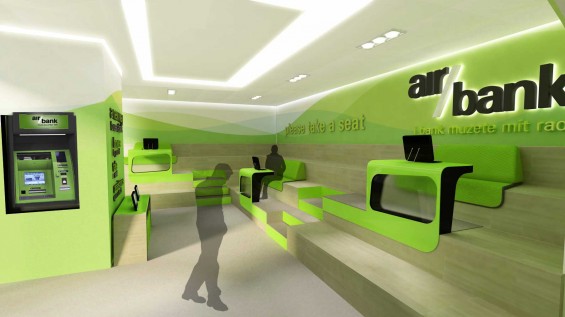 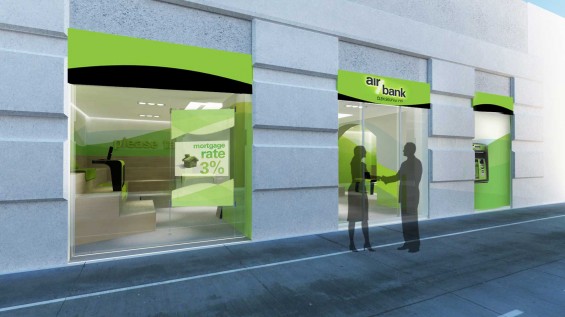 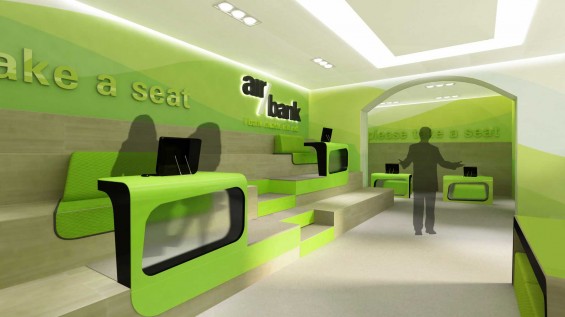