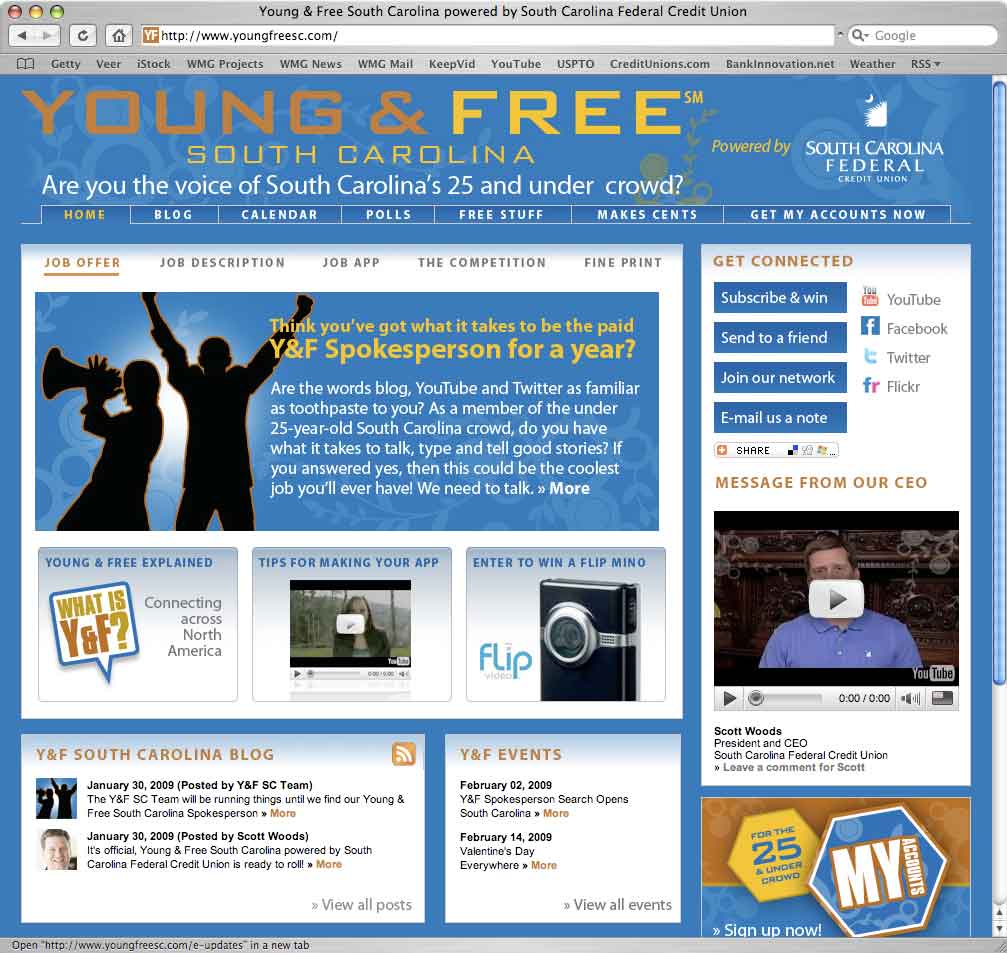 The MY Whatever account is a goal-based savings program. The MY Savings account can be used for overdraft protection.

The latest Young & Free product line-up from South Carolina FCU is the strongest yet. It builds off the free checking product introduced in Alberta back in 2008. TDECU, on the other hand, didn’t do anything special for the “25-and-under crowd.” They basically repackaged their basic checking account. 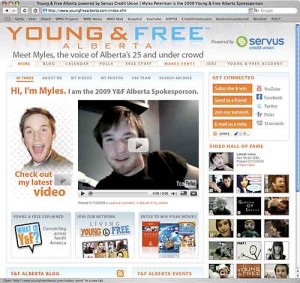 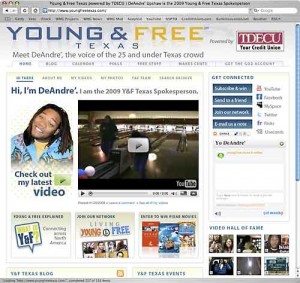 Young & Free Alberta (left), and Young & Free Texas (right). The Young & Free model adheres to
a consistent, tightly controlled style and design. Young & Free franchisees are allowed to make
a few customizations and a handful of small modifications to the overall look, but in each deployment,
the general overall formula remains unchanged.

South Carolina FCU will be offering online account opening in a week or two. It plans to have this option live by February 10.

McAlpine partnered with hit music station 95SX, who will be following Young & Free SC and promoting it daily. “The station put together an awesome package,” McAlpine said. “The morning show is promoting it like its their own thing.”

As with the previous two Young & Free programs, the first phase of South Carolina Fed’s promotion is to find a “spokester,” a term popularized by the first Young & Free spokesperson, Larissa Walkiw.

Kimberly Riggs, South Carolina Federal’s Public Relations Manager, was on 95SX’s 2 Girls & a Guy morning show this morning to launch the credit union’s spokester search. She was on for over half an hour. She sounds appropriately “cool” for a morning show and does a good job.

Presently, there are no plans to bring the Young & Free “Guitar Hero” dueling truck to South Carolina.

When asked about working with South Carolina FCU’s team, McAlpine described the launch process “awesome.” McAlpine said South Carolina Fed executives visited every location in the last two weeks to fully explain the program. The site even went live secretly on Friday to ensure staff had a chance to check it out before the campaign’s official launch.

McAlpine also says there is an aggressive incentive program in place to reward sales for each of the three new Gen-Y accounts.

Currency Marketing’s franchise model for the Young & Free program is in its second year. Only one credit union in each state and province in North America can buy the Y&F program. If you’re credit union covers more than one state or province, you need to buy additional licenses. At Currency’s choosing, banks cannot participate in the Y&F program.

Currency Marketing has launched a master site, Living Young & Free, to help build, manage and coordinate the Young & Free community growing across North America. The site aims to facilitate dialogue and discussion among those participating in the Young & Free program, as well as prospects who are interested.