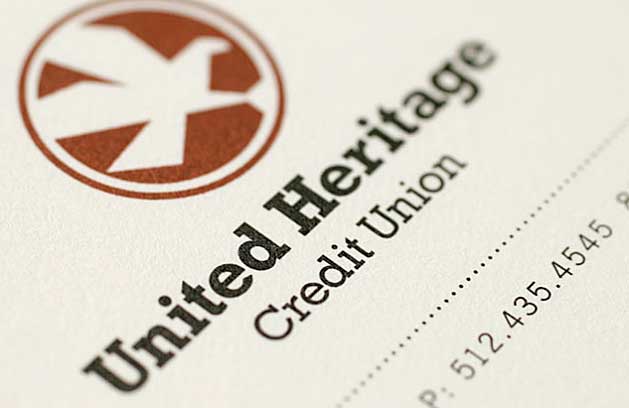 With more than 54,000 members, over $600 million in assets, and 12 branches in the Austin, Texas area, United Heritage Credit Union is one of the largest regional credit unions in Central Texas. Facing intense competitive pressure from banks and large credit unions, United Heritage turned to the Cartis Group for “a strategic and tactical marketing plan” that would be based on both “primary and secondary research.”

“Its brand was disjointed and lacked credibility,” the agency says about the credit union’s image prior to the rebranding.

Cartis says United Heritage also made several operational changes as a result of the firm’s research.

The tagline “Be Smart. Bank Smart.” is part a deliberate effort to position United Heritage as a “banking center” that can compete with other major Central Texas financial institutions.

The Cartis Group’s work for United Heritage has been recognized by CUNA, AIGA, the ADDYs and NCUA. 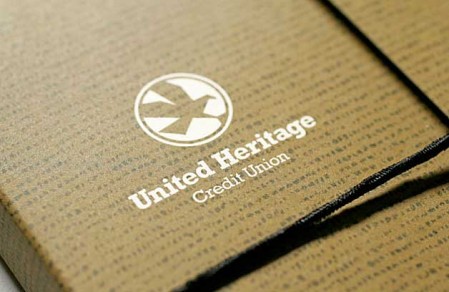 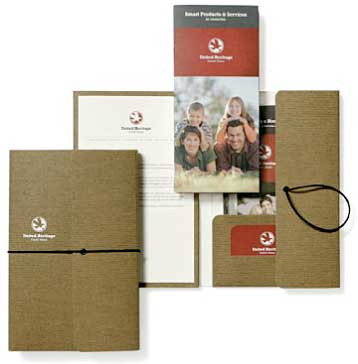 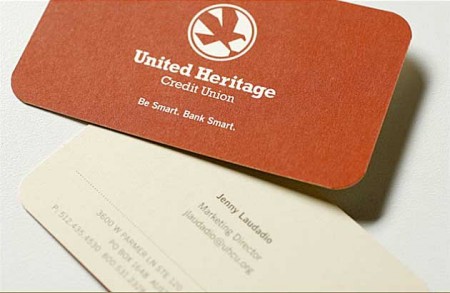 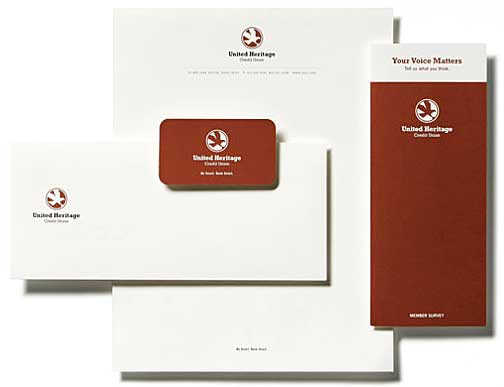 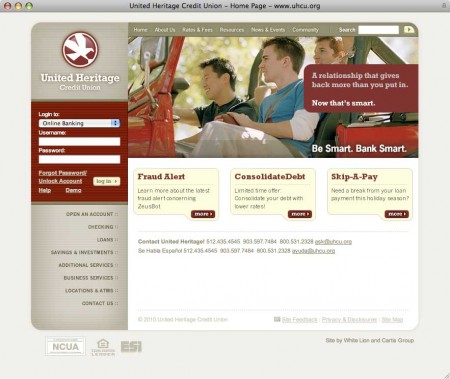 UNITED HERITAGE WEBSITE
Ads in the sidebar rotate as you navigate through the website. Ads are contextually relevant, so if you’re in the “Loans” section, you might be seeing ads for United Heritage’s “Skip-a-Pay” option, or their “Debt Consolidation” loans. 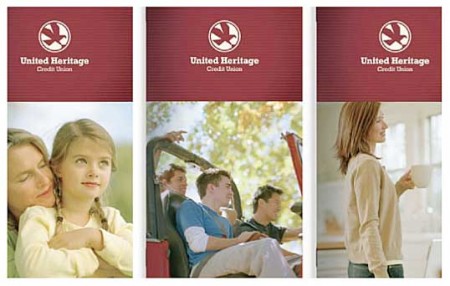 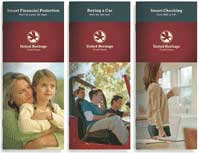 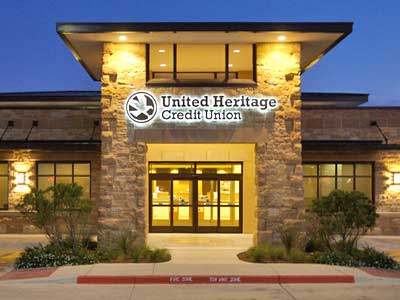 BRANCHES
The credit union’s branch design includes some distinctive architectural statements, such as the tower. They are nice, attractive spaces, but a little light on the branding and merchandising. Architect: Clark Mente Architects. 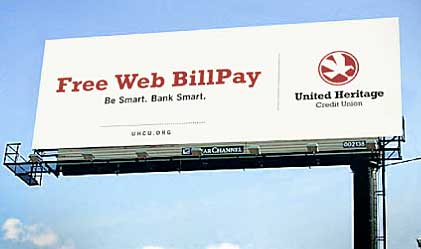 UNITED HERITAGE CENTER
The credit union has secured the naming rights for “The United Heritage Center at the Dell Diamond.” It’s a large, multi-purpose space for meetings, conferences, banquets, weddings and parties. It holds 320 people for dinner, or 500 in theater seating. It is located along the first-base line at The Dell Diamond, home of the local Double A baseball team.