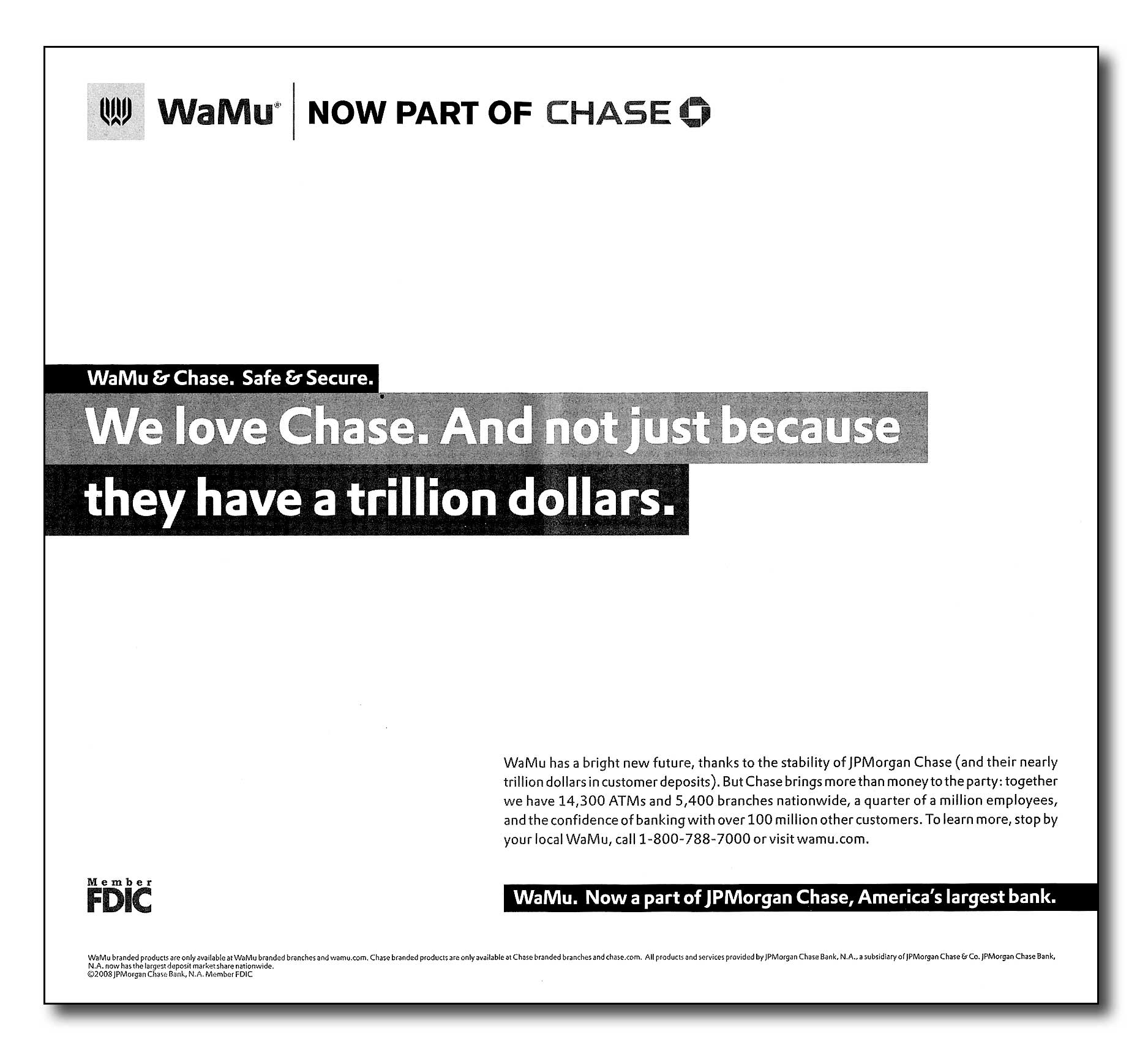 The ad’s copy reads: “WaMu has a bright new future, thanks to the stability of JPMorgan Chase (and their nearly trillion dollars in customer deposits). But Chase brings more than money to the party: together we have 14,300 ATMs and 5,400 branches nationwide, a quarter of a million employees, and the confidence of banking with over 100 million other customers.”

That definitely sounds like a bank that’s “too big to fail.”

Tip of the Hat: To Josh Streufert at Weber Marketing Group for sending the ad along.