Subscribe Now Get The Financial Brand's FREE Email Newsletter
New research quantifies what causes people to open up checking accounts, and what financial institutions need to do to attract them. An unexpected finding: Even among younger consumers, digital and mobile banking is not one of the top-three reasons for selecting a new institution. 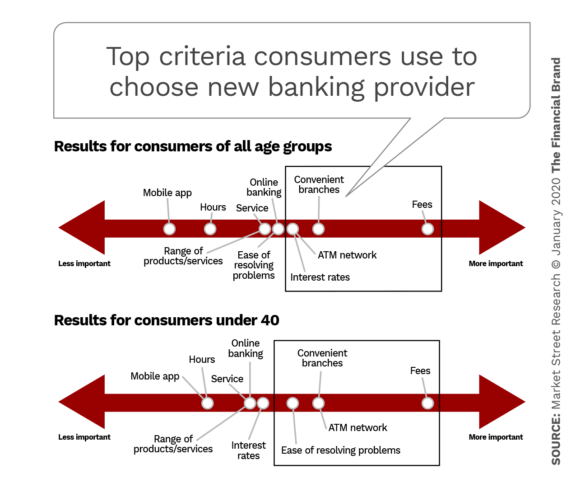