Subscribe Now Get The Financial Brand's FREE Email Newsletter
As a community bank with 60% of its branches in middle- to lower income neighborhoods, Sunrise Banks has relied on innovation to make banking underserved consumers pay off. And it’s taking its message — and its products — nationwide.

Can a bank be a champion for the underdog and still be profitable? Absolutely, believes David Reiling, CEO of Sunrise Banks, a $1 billion institution based in St. Paul, Minnesota.

David’s father, Bill Reiling, grew up as a poor farm kid, but eventually found success as a real estate entrepreneur around St. Paul. In the 1980s, Bill invested in two distressed banks, Franklin Bank and Park Midway Bank. David said his father Bill wanted the banks to be good citizens and to make sure, in Reiling’s words, “that the small guy wouldn’t get screwed.” And under his father’s leadership, David said the banks did okay.

In 1995, Bill added distressed Meridian Bank to the mix, renamed it University Bank, and asked his son David to run it. David’s father told him he must continue doing good in the community, but he was given free rein with respect to how that aim could be accomplished. 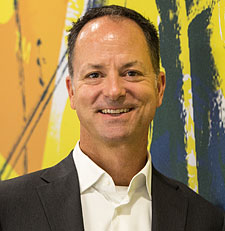 David Reiling’s mission stems from growing up Catholic, volunteering to build homes in Tijuana as a college student, and working in a bank in a distressed area of Los Angeles.

University Bank found a niche among the Hmong, a nomadic people from Southeast Asia who had resettled in (of all places) the Twin Cities area. For generations, the Hmong had lived autonomously in remote and isolated places, but as a stateless group with no ties to — or protection from — the nations they roamed, the Hmong had long been persecuted and driven from their traditional lands. At the time, about 40% of its customers and 30% of its staff were of Hmong descent, so the bank unofficially became known as the Hmong Bank.

“People in immigrant populations are hardworking, good people,” Reiling explains. “They just need access to the right services. They need some solutions that aren’t necessarily in the box,” he said. “You need to invent and create and work with people.”

University Bank took off. But the three banks in the Reiling family’s control continued to co-exist under separate brands. Each had its own identity, yet a similar mission to help lower-income urban communities. With so much overlap between brands, the banks became their own biggest competitors.

Three Brands Unify Under One Brand With One Strategy

In 2004, the elder Reiling asked his son to take over management of all three institutions, which were eventually consolidated and rechristened as Sunrise Banks.

“Banking is definitely changing We have to be more entrepreneurial. We have to keep changing.”
— Dave Reiling, Sunrise Banks

To support the freshly minted moniker, Reiling wanted to develop a cohesive brand strategy, so he hired consultant Karl Speak of Brand Tool Box to put the bank through a full branding project that included extensive interviews with employees and customers. The goal, explains Reiling, was to align 200+ employees with the bank’s culture and values.

“At Sunrise we follow what we call the ’10x Values,'” Reiling explains. “These values help us to achieve our business goals 10x, but also affect the 10x impact the bank is able to have on the lives of the un- and under-banked in America.”

Unfortunately, not every employee was able to make the initial transition into the new brand strategy. “There were a few employees whose values didn’t match the direction,” explains Reiling.

The Sunrise vision is to be “the most innovative bank empowering the underserved to achieve,” it says on the bank’s website. “Compassion is the bank’s motivation. Its mission is to empower. Its spirit is to achieve.”

Today, the majority of the bank’s hiring, performance reviews and firings have been based on whether or not an employee buys into Sunrise Bank’s mission. “We want people who believe what we believe and who fit the organization,” says Reiling. “When you are 100% aligned, you make incredible progress.”

Read More: 5 Things HR Must Do to Build Your Brand

Pay and benefits are competitive but not above market, but Reiling says that employees also get an “emotional paycheck.” The bank’s culture appeals to retirement or near-retirement age Baby Boomers who still need to work, as well as Millennials who value the positive social mission.

“We measure what we treasure.”

“We attract people who want to earn a good living but want to work in a place that aligns with their values,” says Reiling. “We look, sound and smell different than most other banks.”

It’s more than lip service. According to its annual report, Sunrise Banks provides loans and financial services to disadvantaged communities, hosts community events and offers financial products that have social and environment benefits. In fact, Sunrise Banks commits 60% of its lending — more than $96 million in 2016 — to support local small businesses, promoting economic development and affordable housing in communities that have long suffered from the negative impact of poverty.

Sunrise is also certified by the U.S. Treasury as a Community Development Financial Institution (CDFI), a designation earned by approximately 100 banks nationwide, and is one of only 28 banks in the world that belongs to the Global Alliance for Banking on Values, a group of banking leaders that works toward transparency in banking and creating sustainable economic, social and environmental development.

Branding from the Inside Out

For Sunrise, the brand is built from the inside out, according to Chief Brand Officer Becca Hoeft, who joined Sunrise just as the three banks were consolidated.

Hoeft manages marketing for the bank, but her title reflects just how foundational Sunrise’s brand is. The marketing team isn’t called “The Marketing Team.” At Sunrise, it’s referred to as “The Impact Team.”

“It’s all about multiplying our impact with employees, customers and the community,” says Hoeft.

There’s a few Sunrise-sponsored initiatives that help employees live the brand. The bank’s “Pay It Forward” campaign gives every employee $25 they can gift to someone who could use the money. Employees are encouraged to get creative with how they distribute the cash, with some choosing to combine funds to make a bigger impact, such as purchasing winter gear for an organization that services homeless youth or adopting a family for the holidays and purchasing gifts.

Employees also get time off to volunteer in the community, with the average employee volunteering 40 hours per year, all on Sunrise’s dime. The bank has three community ambassadors charged with finding opportunities for employee outreach.

Taking The Mission To The National Stage

Sunrise wanted to expand the reach and impact of its social mission, but in order to continue to make loans in such communities, the bank knew it would need to increase deposits — not an easy prospect since they primarily serve low- and middle income urban communities.

For larger depositors, Reiling looks to other entities that are similarly aligned with the Sunrise mission — faith-based organizations, colleges, universities, and social responsible investing (SRI) funds.

IDF, says Reiling, also helped launch Sunrise Bank’s national branding, and expansion into other products such as student lending and prepaid cards. In 2016, more than $265 million was loaded to almost 5.5 million prepaid cards. The bank has 17 million active cards in circulation.

Sunrise Bank also invested more than $125 million in TrueConnect, its alternative to payday lending. The bank offers TrueConnect to employers who in turn can provide loans up to $3,000 to employees which can be repaid via payroll deductions at a lower cost than predatory lending products.

Another national program is MNVest, a crowdfunding platform that connects investors nationwide with Minnesota-based companies.

“The key is to meet customers where they are at, whether it’s on Facebook or at the local coffee shop. In the end, it’s all about developing a trusted relationship.”
— Dave Reiling, Sunrise Banks

In a highly regulated industry, CEO Reiling says it’s easy to adopt a mindset that marketing has to be done a certain way. But that approach just makes your bank or credit union a commodity.

“Don’t be afraid to do something a little edgy or that makes people uncomfortable,” Reiling explains. “Make marketing exciting. Instead of focusing on debits and credits, we keep telling our story and our customers’ stories,” says Reiling. “It’s in storytelling that transformation occurs.”

Sunrise uses a mix of traditional and non-traditional marketing channels, but skews toward the non-traditional. The budget for each channel, explains Hoeft, varies year to year depending on the bank’s goals.

The bank has a presence on every social media channel you can name, and has an employee dedicated to social media, which isn’t typical for banks with 200± employees. They rely heavily on social to distribute stories about the bank’s customers, including videos that highlight how customers are improving their community. The bank rarely focuses on itself. “Don’t talk so much about yourself,” advises Hoeft.

Sunrise uses standard marketing measures, including Net Promoter Score, customer satisfaction and churn rate. The bank, says Hoeft, is working diligently on improving customer experience, and is still grappling with how to best measure customer experience as it relates to return on investment. “We’re still trying to crack the nut on that,” she says. The bank is also looking to upgrade its current martech stack which right now relies on Salesforce.