Subscribe Now Get The Financial Brand's FREE Email Newsletter
This Canadian financial institution’s bottom line has benefited from a brand built around dogs, revamped branches, a new name and much more.

The story behind Sunova’s brand started six years ago. That’s when leadership at the financial institution first discussed changing their name.

“We had a name and an identity that didn’t really fit with how we wanted to portray ourselves to consumers,” explains Vanessa Foster, Director of Marketing.
But switching from South Interlake Credit Union to Sunova was just the beginning of the brand overhaul. Over the course of the next few years, everything was retooled, reimagined and reinvigorated — the vision, mission, marketing, culture, identity, etc.

Foster and colleague Alexandra Rachey, the credit union’s marketing coordinator, shared some of the keys to Sunova’s success during The Financial Forum 2014 in Las Vegas. Here are five of them. 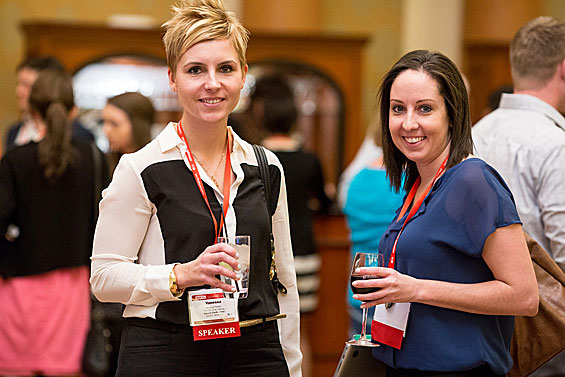 Foster and Rachey shown here at The Financial Brand Forum 2014. Sunova’s three-person marketing team handles all the branding and advertising work in-house — no agencies or consultants are called in to help.

1. Consistency: Stay True to Who You Are

Sunova’s brand success has stemmed from a commitment to their vision. “The things we do and focus on are pretty simple really, with consistency and execution being two of them,” Rachey says.

Sunova built a brand that’s a little bit quirky. They have a “penchant for weirdness,” as Foster puts it. And that takes a certain amount of grit. It would have been easy for Sunova executives to say, “We’ll give it a try for a year or two, but we have to be prepared to change direction if we don’t think it’s working.” That kind of escape clause may feel comfortable, but it undermines the sense of conviction required to build a truly powerful brand.

Sunova hasn’t allowed themselves to get distracted. They’ve stayed true to the course. That means other things, like not changing their brand identity or tagline every couple years.

2. Differentiation: Don’t Be Afraid to Stand Out

As Rachey puts it, “be aware of what makes you different, then make sure everyone knows about it.”

Rachey and Foster can point to a number of examples illustrating the ways in which Sunova has separated themselves from the pack of me-too, look-alike financial brand.

For instance, Sunova’s Director of Greetings (D.O.G) program uses Saint Bernards as four-legged brand ambassadors who greet people in branches. Foster and Rachey say these canine culture-builders have helped Sunova generate “hundreds of thousands of dollars of positive press and word-of-mouth publicity for the organization,” including TV, radio and both local and national newspaper coverage. 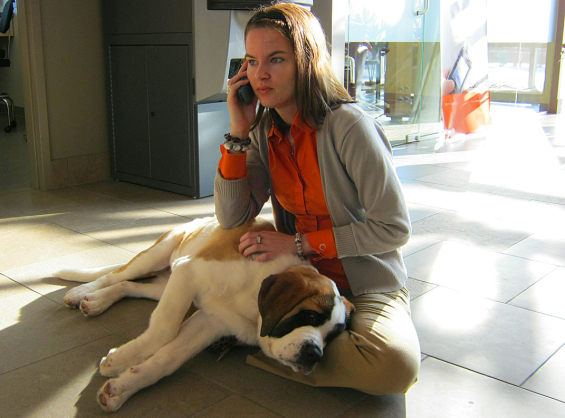 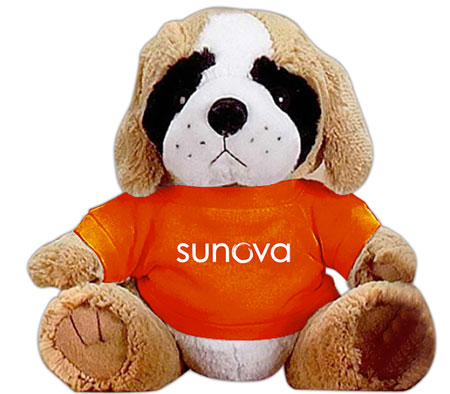 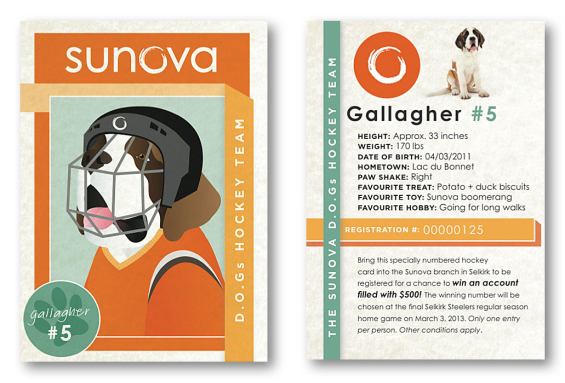 Sunova makes baseball cards for each of the dogs they have at their branches.

Foster says that internal marketing might actually be more important that external marketing. She and her cohorts certainly walk the walk, as the saying goes, in that regard. They try to do everything they can to get Sunova employees to embrace the financial institution’s brand promise and put it into practice.

Foster gets Sunova associates involved in all of the organization’s marketing campaigns. “Our branch ambassadors, as we call them, are involved every step of the way,” Foster says. “While the final message may come from us in marketing, it’s developed based on input we get from the front line and from our lenders and from everyone else who works with our members every single day.”

“Such input is absolutely critical to the success of these projects,” adds Rachey. 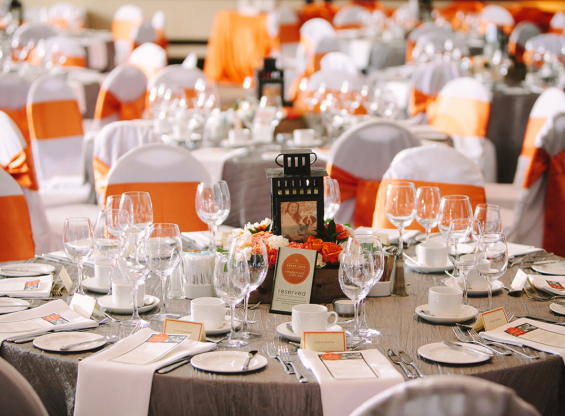 Sunova does a lot of celebrating with staff — branch of the year, employee of the year, and this photo of their big annual dinner and gala.

“Why does banking have to be so boring and predictable?”

That’s one of the big questions Foster says has plagued Sunova’s three-person marketing team since Day 1. So Sunova decided early on to steel themselves to take risks and build a culture that embraces new things, assuming they still support and enhance the organization’s fundamental branding strategy.

For instance, the credit union built a branch model around pod-style banking, where associates work at interchangeable kiosks rather than at traditional teller counters. The locations boast automated, biometric safe deposit box systems, drive-through service (something that’s less common in Canada than it is in the U.S.) and extended hours — seven days a week.

As branding legend Marty Neumeier says, “Great brands are built by zigging when everyone else zags.” 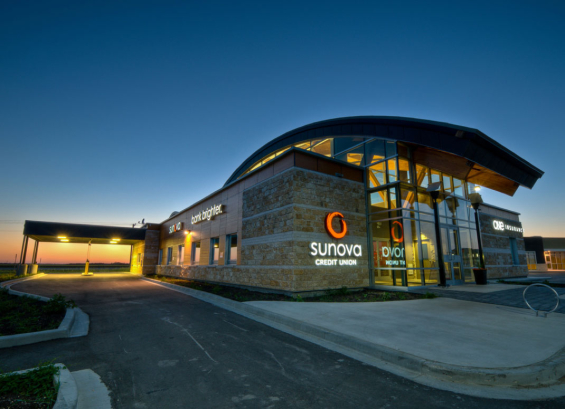 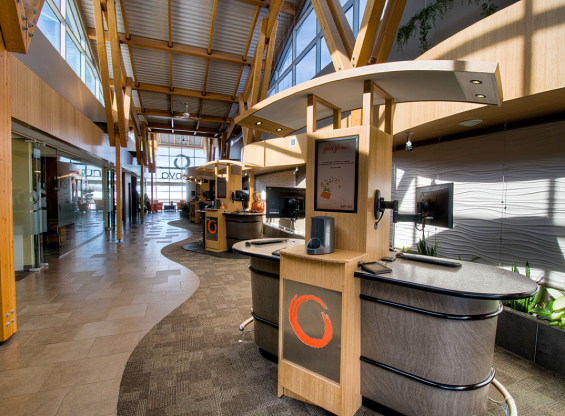 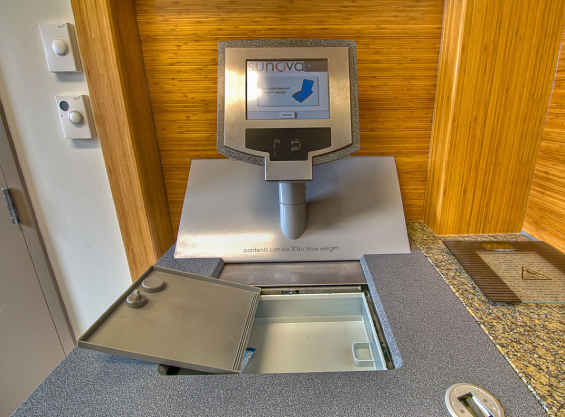 Foster says it’s imperative that brand managers be able to prove the value of their efforts.

“That’s tough, I know,” she says. “But if something you’re working on and planning to deploy isn’t going to provide some sort of value to the organization, why bother doing it?””

Although one of the oft-stated goals of Sunova’s marketing department is to get people to “stop, take notice and talk about our credit union” as a result of its projects, Rachey explains, “those things have to bring value to the organization, too.”

For Sunova, the payoff has been impressive, with tremendous asset and membership growth since the rebrand first got underway back in 2008. In that time, the institution’s assets have doubled, growing from $540 million to over $1.1 billion, while its membership base has blossomed to just over 31,000, up from around 22,600 (an increase of 37.2%).

And Sunova accomplished that growth organically, without any mergers or acquisitions

“All our growth has been attributed to our brand, new business and new branches,” Foster says.