Banks and credit unions have long known women that exhibit a disproportionate level of control over household finances. For at least two or three decades, financial marketers have tried various techniques and tactics to woo women.

NZCU Baywide is the latest financial institution to draw aim at the women’s market. But instead of striking a chord, the ad campaign is drawing fire from critics who deride the credit union’s approach as sexist and insulting.

The focal point of everyone’s outrage is a microsite the credit union launched in September. “Loans for Ladies” encourages women to borrow between $1,000 and $50,000 for “an all-day makeover, a shopping spree, or that second car you’ve always dreamt of …anything goes honey!” Rates on ladies’ loans start at 13.95% — hardly a bargain.

The microsite sports a retro-50s style — aqua and pink, with vintage cartoon depictions of women — with a series of obnoxious captions. “Cinderella is proof a pair of shoes can change your life,” reads one caption on the microsite. “Sometimes you need to put a little extra in your purse to treat, pamper or just make yourself feel like the goddess you are.”

“Money isn’t everything … but it ranks right up there with oxygen,” reads another.

“Money can’t buy happiness, but I’d rather cry in an Audi than on the bus.” 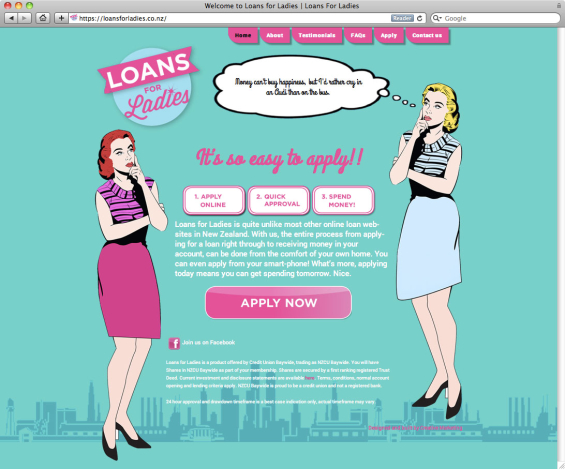 The campaign has backfired with some folks, mostly women — the intended target audience. Comments on social media channels like Twitter and Facebook span a range of criticisms:

What are people so angry about? Perhaps it has to do with perpetuating stereotypes that women are shallow, financially impractical, and only spend money on frivolous luxuries? Or maybe it’s the creative execution, which deliberately makes a nostalgic connection back to a time when women were subjugated and enslaved as homemakers? Or could it be the phony testimonials?

“I got a loan for Loans For Ladies and got nipped and tucked from ear to ear,” said one faux “member,” ostensibly named Frankie Olson. “I feel like a million dollars.”

Ahhh, so “Frankie” borrowed a couple thousand, invested in a massive face lift, and now she feels like a million? That must be, like, the ROI of vanity?

As many faults as critics might find with this campaign, these fake testimonials are by far the most egregious. If there were 10 commandments for financial marketers, one would most certainly read: “Thou shalt never commit testimonial fraud.” It’s a cardinal sin. Banks and credit unions are only able to sell financial products on a foundation of trust. Lying to people is a surefire recipe for undermining trust.

Reality Check: If your financial products and services don’t trigger testimonials organically, you should spend your time improving your offering not making up fake quotes.

Read More: A Great Campaign That Raises a Question of Social Media Ethics

NZCU Baywide claims the testimonials were intended purely to be “indicative” and not “actual” quotes, and says the microsite was supposed to be spoof.

“I appreciate that some will take offence to it, and we certainly do apologize to anyone who does,” Gavin Earle, the credit union’s CEO, said in an interview. “But at the end of the day it’s meant to be light-hearted and a bit of fun.”

Earle said the testimonials were clearly made up and would eventually be replaced with real ones.

Genuine testimonials are going to be hard to come by, even though NZCU Baywide received 76 applications and 150 other inquiries in the first 48 hours after the campaign was launched. The credit union says most women applying for the loans are getting declined, with an approval rate of only 6-7%. Earle blames tighter lending requirements.

Key Question: Why offer a controversial product that no one can qualify for? What’s the upside? 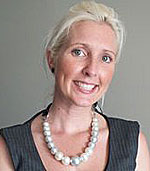 It might be easy to dismiss this campaign as the insensitive by-product of a male-dominated ad industry. “You see, this is what happens when you let men try to market to women.” But that’s not the case. NZCU Baywide’s marketing department — the team that came up with “Loans for Ladies” — is all women (although they did hire a copywriter named Ed for the project).

Kelly Taylor, marketing and communications manager for NZCU Baywide, says the site is “in no way meant to be derogatory.”

Auckland resident Karen Tay isn’t convinced. “Just because something is the product of an all-female marketing team doesn’t mean it can’t be sexist and idiotic,” wrote Tay on Twitter.

Key Questions: When targeting a specific gender (men or women), at what point does a campaign cross the line? What’s the difference between pandering, patronizing and downright sexism? How do you target women with financial services in ways that are relevant yet inoffensive?

NZCU Baywide’s “Loans for Ladies” campaign isn’t the first to target women with the implication that they may want money for expensive plastic surgeries. In 2012, a credit union in the U.S. took a mountain of flack for a direct mailer about boob jobs. 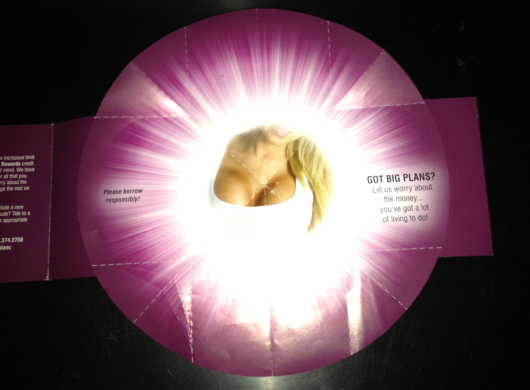