Back in July 2010, Metro Bank opened its doors in the UK to much fanfare. It was the first new bank to grace London’s fabled high street financial market in over 150 years. As a scrappy new contender, Metro was looking to shake things up. Media outlets in the UK heaped coverage on the startup promising to ignite a “banking revolution.”

Metro Bank’s strategy? To “surprise and delight every customer” and “eliminate stupid bank rules.” They promise to stand out from their stuffy competitors by providing “unparalleled service, convenience and value for money.”

Among the many ways in which Metro differentiates itself, the bank hands out free lollipops to kids. There are dog treats, and bowls of water placed out for the four-legged friends Metro welcomes into its branches (what Metro prefers to call “stores”). The bank boasts instant account opening, with debit and credit cards issued on the spot. They have a 24/7 telephone call center where a human voice will always answer, never a machine. The bank only closes four days a year, and is open 76 hours every week: 8 to 8 Monday through Friday, 8 to 6 Saturday, and 11 to 5 Sunday. They also have a free coin counting machine open to the general public, not just customers.

Hill is a man who knows what he’s talking about. He achieved fame with his Metro banking model back in the U.S., where he is originally from. Hill opened his first branch in 1973 at the age of 26, selling the bank 34 years later for $8.5 billion, pocketing a cool $400 million for himself. 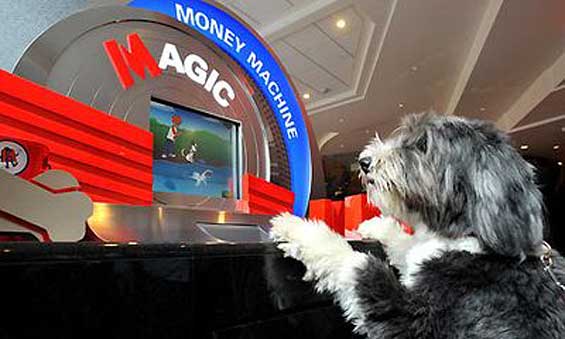 Hill lists Steve Jobs as one of his heroes, and says he’s trying to fashion a brand in Apple’s image — one that people feel passionate about. This sentiment is clearly reflected in Metro Bank’s slogan: “Love Your Bank At Last.”

The bank currently has eight locations, with plans to have 200 branches by 2020. Branches will clearly play a significant role in Metro’s strategy for years to come. “The internet is important, but the branch is the cornerstone of the bank,” says Hill.

“My secret weapon is my wife,” Hill told the UK Marketing Society. “Her architecture and design teams have been responsible for the success of Metro Bank in the US and in the UK.”

Very true. But in Metro’s case, many critics wonder if their image and identity is as sharp as it should be. 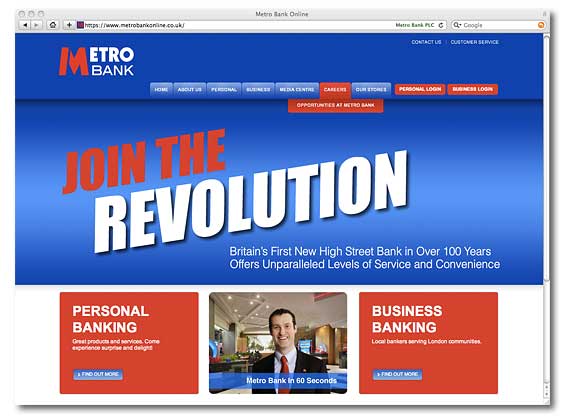 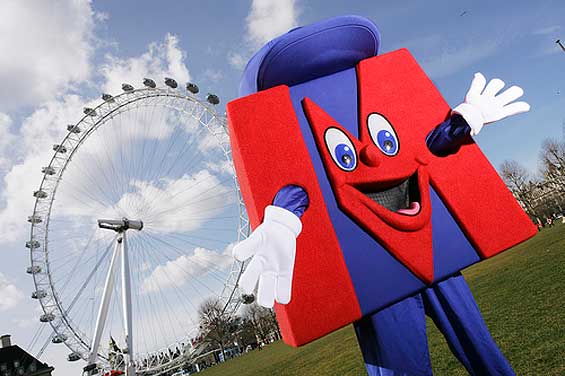 “The blue and red looks a bit dated,” says Chris Skinner, author of The Financial Services Blog. “I would have expected something far more Apple-ish for Metro Bank. Instead, from a branding viewpoint, we have WalMart rather than Apple.”

“The amateurish design doesn’t do much to convey trust in their brand,” wrote Money Watch UK on its website.

“The bright blue and red bank branch feels as if it has been plucked from a cartoon,” notes Simon Watkins, another financial writer in the UK. “The dog biscuits and lollipops on the counter seem a touch gimmicky.”

“It’s far too cluttered, and stylistically a bit all over the place,” adds Geoff Whitehouse, a communications expert in the financial industry. “If they wanted to be seen as different, then a move away from traditional colors and a typeface straight from the 80s might have been a good idea.”

James Wrighton, a bank marketing consultant, feels the brand identity is “a touch clumsy,” and says “their website certainly doesn’t feel like that of an aspiring national bank.”

Another observer summed it up this way: “A customer-centric proposition but a cheesy brochure.”

“Metro had an opportunity to change the approach to banking, but has missed it with this communications approach.” 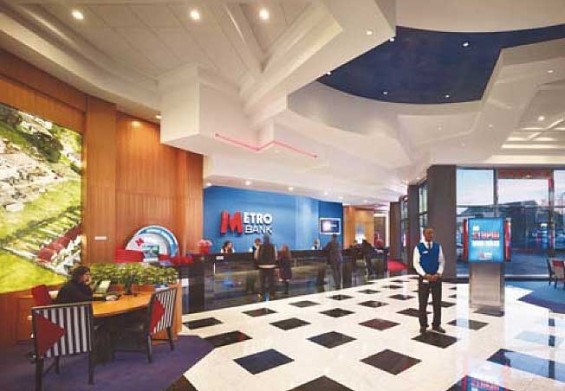 Tom Weaver, a customer experience designer, was not impressed when he toured one of Metro’s branches. “The very first impression I had when walking into the store was that it felt more like a casino than a bank. And not the grand Las Vegas type of casino either, but the small-town, beachfront mega-arcade.”

“This leads me to wonder whether the retail space was designed around the desires of the founder and his interior designer wife as opposed to those of the customers,” he continues.

“Will a bank — aimed at keeping your money safe — that feels like a casino — aimed at taking all your money — give consumers the feeling of safety and security they are looking for in austere times?” he asks skeptically.

“The interior design of a physical environment should always embody your brand, culture and the type of experience you want to create,” advises Weaver.

Key Question: So how does the use of type, color, copy/message, tone, style and imagery complement, support and reflect the bank’s brand strategy? 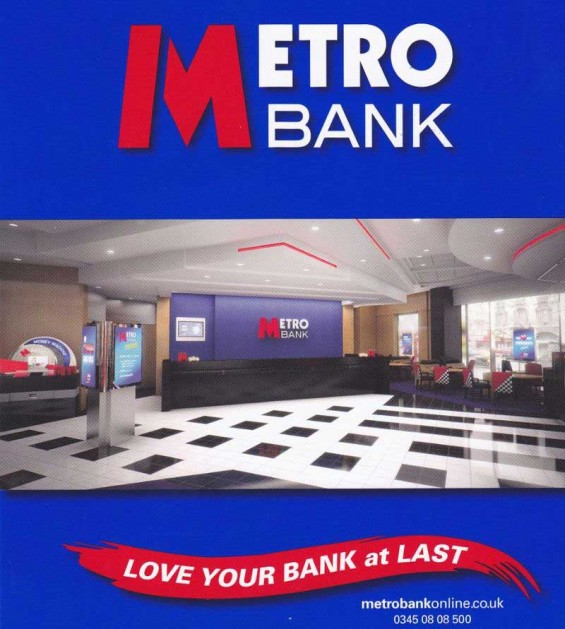 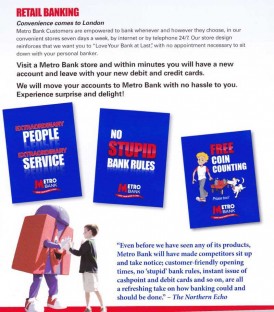 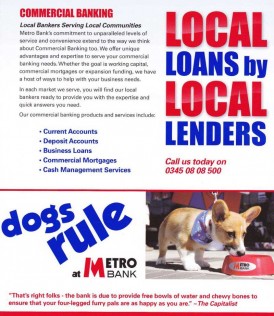