Marginalen Bank was founded in 1979 as a business bank with offices in Sweden, Lithuania, Latvia and the Netherlands. Two years ago, they launched Bank2, an online service offering real estate financing. In 2009, Marginalen eyed Citi’s Swedish private banking operations, which it was hoping it could fold into its own private bank, Lånett.

If the deal went through, Citi told Marginalen they would have only six months in which to rebrand all marketing and communications. Marginalen decided to consolidate its own brands whether or not Citi approved the takeover. At the very least, the bank was going to merge Bank2, Lånett and Marginalen into one.

They hired Johan Ronnestam, a 39-year old consultant, digital media professional, creative director, advertising man and one of Sweden’s foremost branding professionals. His task? Create a strategy that could be executed in one of two ways depending on the outcome of the Citibank deal, bringing either 3 or 4 brands together under one common, shared identity and a single website.

“I found myself 50% giggling like a child about the fact that we had secured the coolest and most complex project I’ve ever worked with while feeling 50% scared to death about the fact that this was a big ass project where you either succeed or you end up in a grave,” Ronnestam said.

“Caroline did a lot of the planning including most of the interviews, and then managed every little piece of the project,” Ronnestam said, allowing him to concentrate on developing the brand identity and visual solution.

“I ran of into the wild and she took care of the tigers,” Ronnestam half joked.

Once the creative platform was established, Ronnestam worked with Marginalen to create a “virtual ad agency,” an amalgam of independent specialists including a copywriter, graphic designer, web copy, web production, TV production company and media-buying firm. 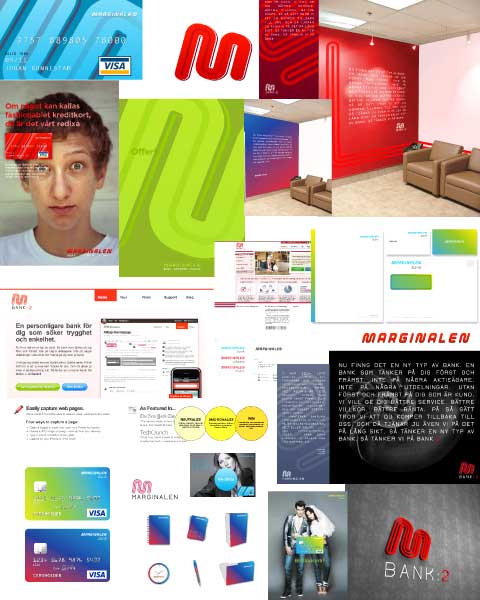 An assortment of images used early in the process to stimulate creative discussions. 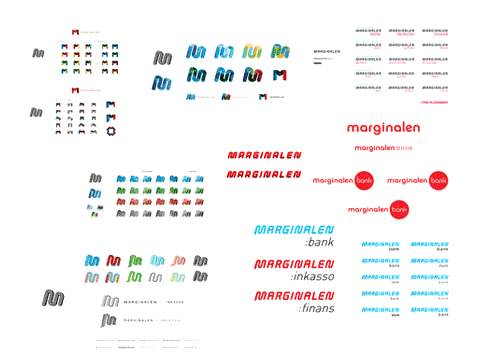 A sampling of logos created during the creative brainstorming process.

A board of financial brands from Sweden and elsewhere around the world that gave Marginalen a feeling for how different typestyles and logo concepts fared against competitors. 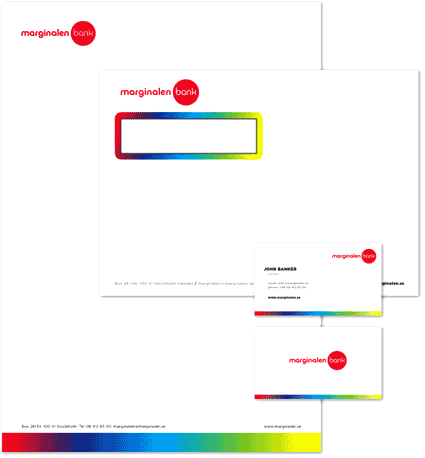 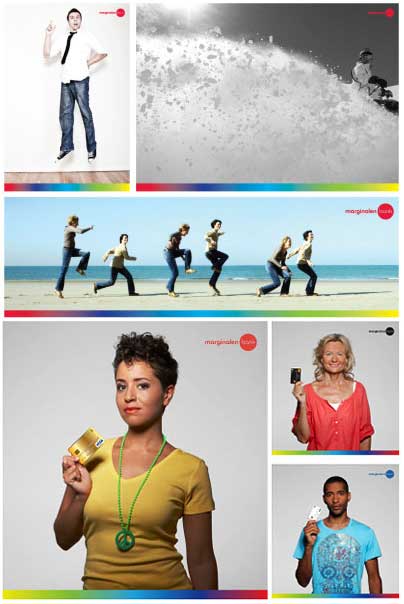 This gradient, introduced early in the creative process, became a signature brand element. Something that we could dress different things in and thereby create strong recognition while keeping it flexible, timeless and modern. 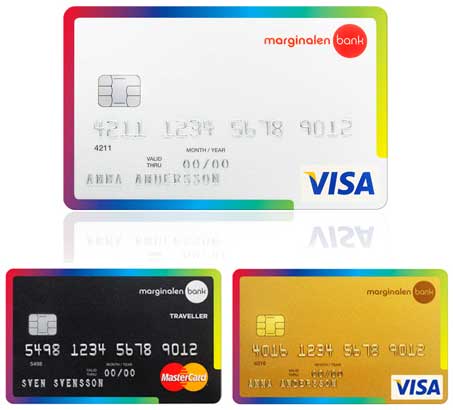 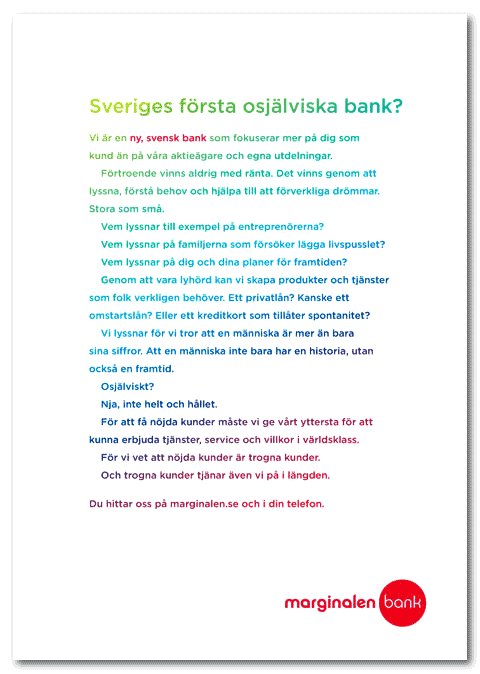 This print ad espouses the bank’s manifesto. It creatively applies the rainbow gradient to the type. 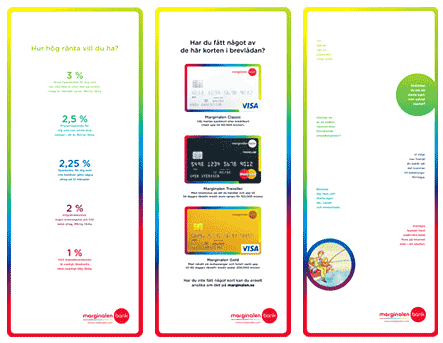 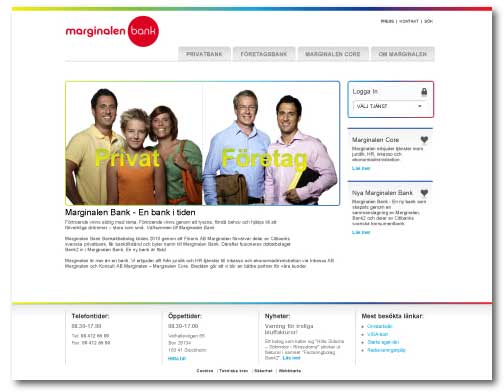 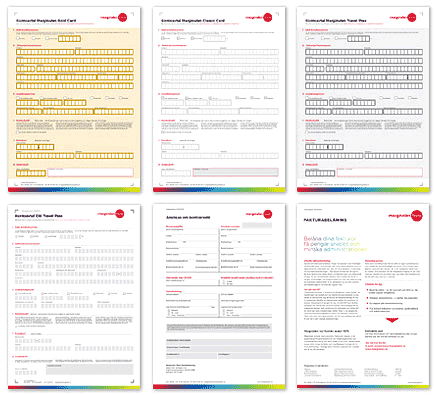 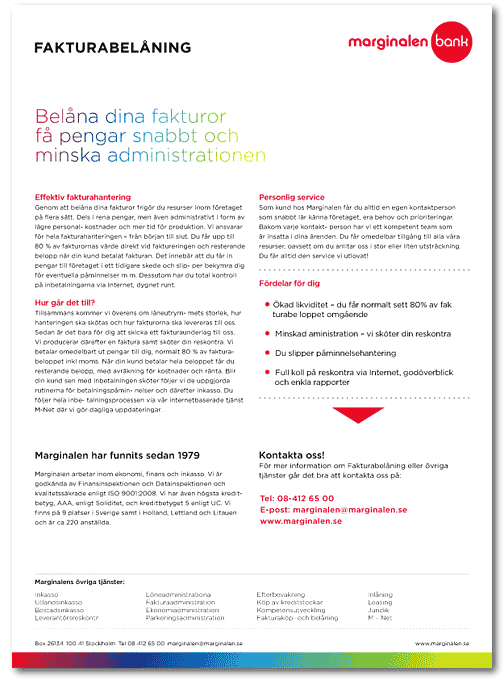 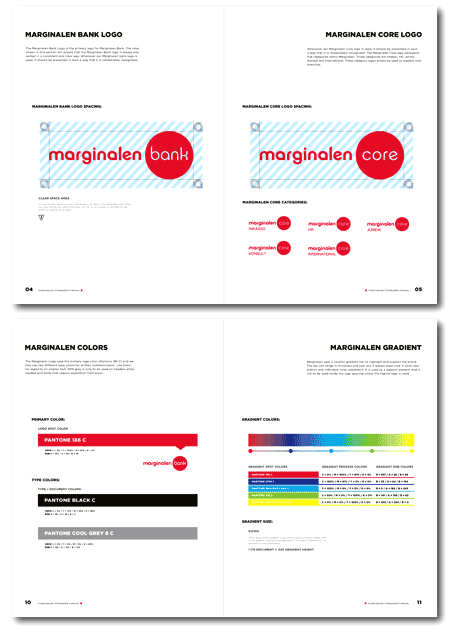 This TV spot, written by Ronnestam and fellow copywriter/creative director Per Robert Öhlin was produced by Anders Freij and illustrated in watercolor by Andreas Westin. Its style is decidedly different (some might say abrasively dissimilar) than the rest of the brand.