Subscribe Now Get The Financial Brand's FREE Email Newsletter
A bandit made off with $26,000 of Idaho First's money following a shootout with cops. A week later, the bank ran one of the funnier ads you'll see from a financial institution.
Subscribe Now! 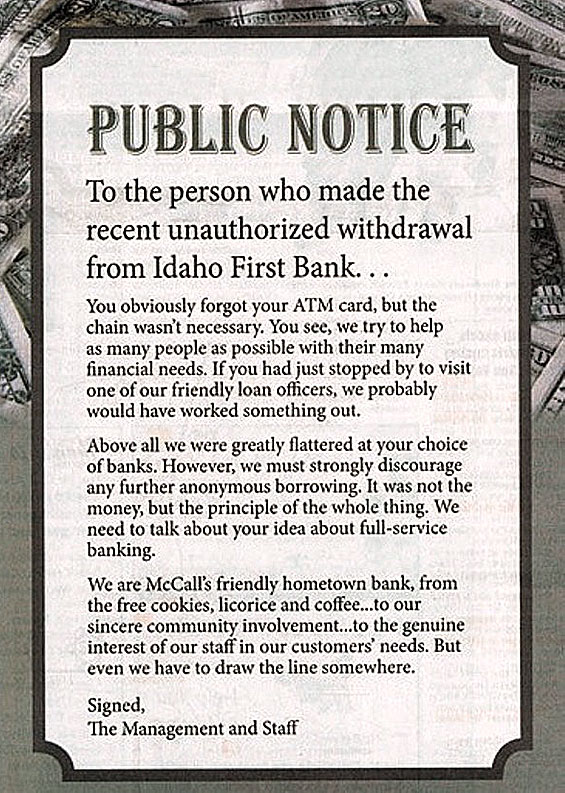