Hampden Bank’s campaign, called “Evolved,” portrays out of town competitors as corporate dinosaurs that adversely affect local prosperity. The ads depict creatures with names like the “VelociMerger,” “Bureaucradon” and the “Bully Mammoth.” 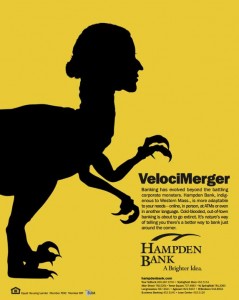 The copy reads “Banking has evolved beyond the battling corporate monsters. Hampden Bank, indigenous to Western Mass., is more adaptable to your needs – online, in person, at ATMs or even in another language. Cold-blooded, out-of-town banking is about to go extinct. It’s nature’s way of telling you there’s a better way to bank just around the corner.” 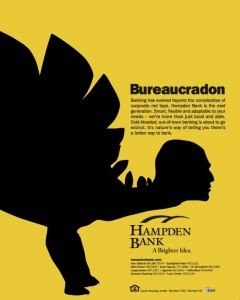 The copy reads: “Banking has evolved beyond the complexities of corporate red tape. Hampden Bank is the next generation. Smart, flexible and adaptable to your needs – we’re more than just local and able. Cold-blooded, out-of-town banking is about to go extinct. It’s nature’s way of telling you there’s a better way to bank.” 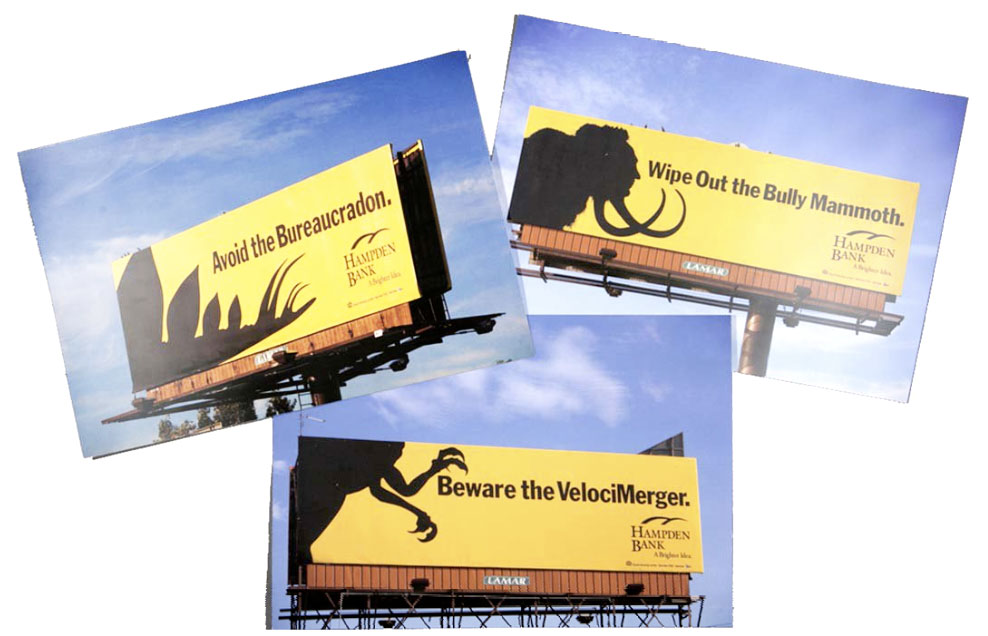 The bank is wrapping the campaign under the slogan “A Brighter Idea.”

In addition to winning three gold regional ADDY Awards, the national campaign was honored by the American Banking Association as one of the country’s best.