As part of the rebranding project, the credit union changed names — if ever so slightly — from GTE Federal Credit Union to GTE Financial. The move signals a continuing trend in credit unions dropping the words “credit union” from their monikers.

GTE deliberately sought to shift away from “federal credit union” to avoid what they describe as a “common misunderstanding that one needs a special affiliation to enjoy the advantages that a credit union offers.”

GTE Financial, with over $1.5 billion in assets and over 187,000 members, now characterizes itself as a “not-for-profit financial cooperative” with “community financial centers” across West Central Florida.

The new slogan: “Going Beyond Money.”

“The major challenge of the rebranding was to honor GTE’s strong commitment to its members and the local communities,” a credit union spokesperson explained. “And at the same time, we needed to breathe new life into the brand and make it more relevant in today’s competitive marketplace.”

GTE also wanted to increase awareness of membership eligibility, promoting the fact that “anyone can join.”

GTE Financial says its revitalized brand symbolizes a new energy and passion for service, reflecting a progressive and proactive approach with a focus on financial returns for members. Product development, service improvements and technology enhancements are also cornerstones of the new strategy.

And it seems to be working. GTE Financial picked up 2,000+ new members in August after unveiling the new brand — an impressive 1.1% monthly gain, and a record for the credit union. GTE Financial says it is continuing to see increases, breaking membership records several times this year, as the credit union is now on the cusp of the 200,000-member mark.

The credit union partnered with Adrenaline, the creative arm of NewGround, for the rebranding project. 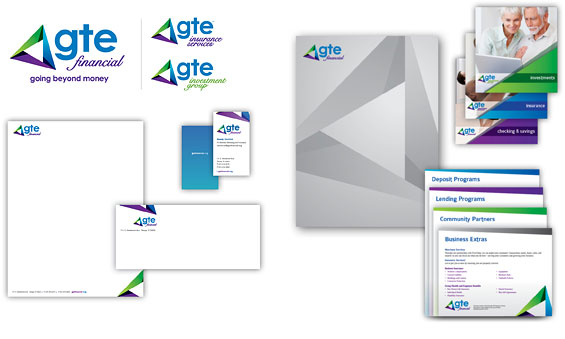 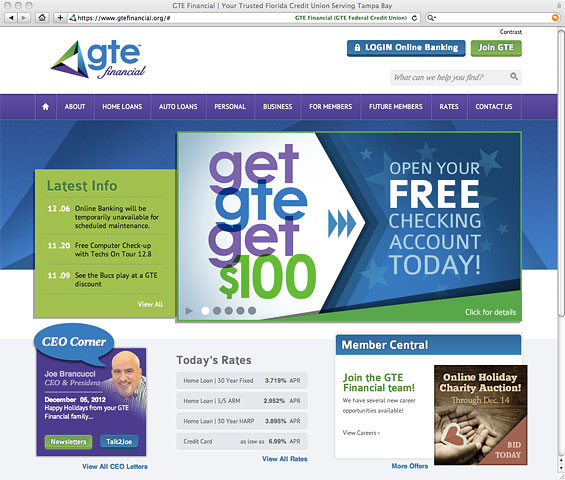 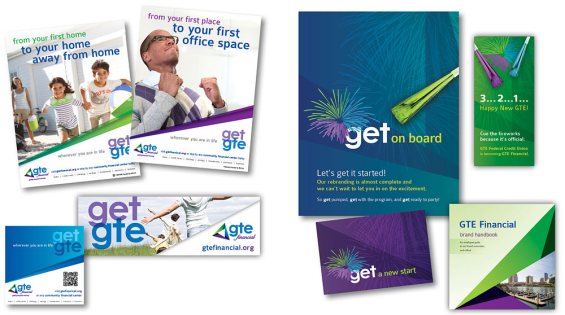 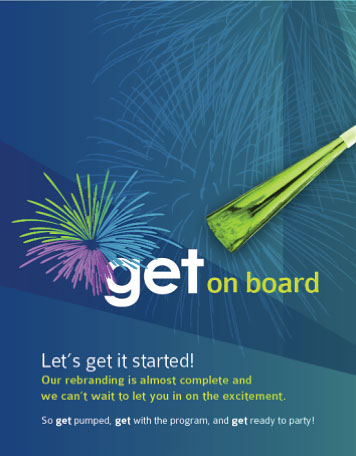 Employee and Member Launch Campaigns – Integrated launch campaigns were conducted to introduce and explain the brand/name change to both employees and members. 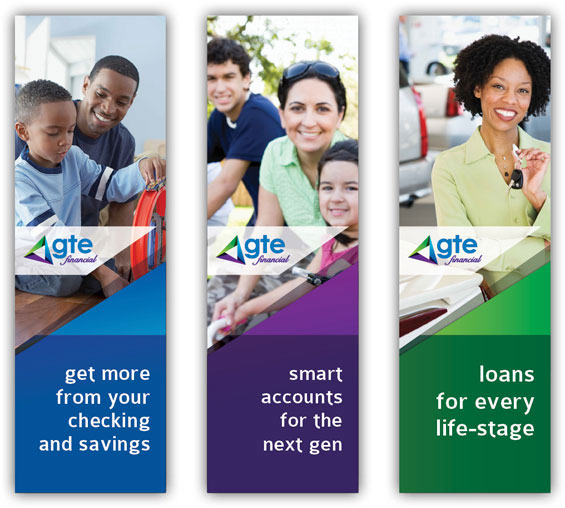 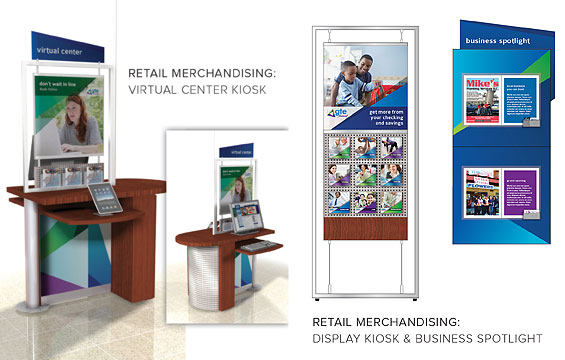