Subscribe Now Get The Financial Brand's FREE Email Newsletter
Soccer’s popularity is growing, and bank marketers who strategize now about how to connect with these enthusiastic sports fans will be best positioned to capitalize when the 2026 World Cup is played in the United States.

By the time the 2026 World Cup arrives, “the popularity of soccer is going to just absolutely skyrocket, and when it does, the smart marketers will be there to take advantage of the attention the sport is getting,” says John Oxford, the chief marketing officer at Renasant Bank.

The next World Cup will take place in the United States, and Oxford expects it will be a marketing bonanza for his $16.5 billion-asset bank in Tupelo, Miss.

Renasant is among the relatively few U.S. financial institutions already active in soccer marketing. The bank has had a partnership with a professional soccer team in Nashville, Tenn., since 2019. That team, the Nashville Soccer Club, had two defenders on the U.S. men’s national soccer team in the 2022 World Cup in Qatar.

“I think sports marketing is a great way to spend your money,” Oxford tells The Financial Brand. “If people are interested in a sport, they look for their bank to support what they support.”

Oxford contends that banks, regardless of size or marketing budget, should look into soccer in particular — especially with the World Cup returning to North America in four years. (Matches will occur in 11 U.S. cities, plus two in Canada and three in Mexico.)

Financial institutions that start planning ahead now will be best positioned to capitalize.

Soccer Is Growing in Popularity with U.S. Sports Fans

The last time the U.S. hosted the FIFA World Cup was in 1994, when the country had only a handful of professional soccer leagues. There wasn’t as much potential for sponsorships, content generation, or tie-ins for marketing campaigns. (The U.S. also hosted the 1996 FIFA Women’s World Cup.)

Today, the largest U.S. soccer league — Major League Soccer, founded in 1996 — has 28 professional teams around the country, with more joining annually. Every four years, 26 players from the MLS and other U.S. soccer leagues become part of the country’s national team, which competes for the World Cup.

“I think sports marketing is a great way to spend your money.”
— John Oxford, Renasant Bank

Millions of children are now active in the sport through leagues and school teams. U.S. Youth Soccer, the largest of the youth leagues, registers about 3 million players ages 5 through 19 annually.

Dipanjan Chatterjee, an analyst at Forrester Research, says the 2026 World Cup could be the next Super Bowl in the U.S. — especially as a sort of “coming-out party for smaller direct-to-consumer brands (like Dollar Shave Club) looking to play in the big leagues.”

There are two key audience advantages to advertising in the World Cup, he says. One is that the tournament has a global reach, if that’s something a financial institution is interested in. Secondly, it is a major opportunity to connect with Spanish-speaking customers.

Advertisers can deploy a niche targeting strategy in the U.S., “where the interest among Hispanic audiences is disproportionately high,” using both English and Spanish marketing, says Chatterjee.

Set the Stage for World Cup Marketing Ahead of Time

Though soccer fever is relatively new in the U.S., the World Cup has long been a global phenomenon and typically only the Summer Olympics commands a larger audience. The 2022 tournament was expected to attract 5 billion viewers worldwide, according to Gianni Infantino, president of FIFA, the international governing body for soccer.

The 2022 World Cup final between Argentina and France was an epic game in which France’s star player, Kylian Mbappe, scored the second hat trick in World Cup final history and Argentina’s beloved soccer legend, Lionel Messi, earned his first World Cup win in what may be his final chance to play in the tournament. The number of people who watched the game worldwide on Sunday, Dec. 18 — a figure that is not yet tallied — is expected to exceed the record 562 million people who watched the 2014 final. 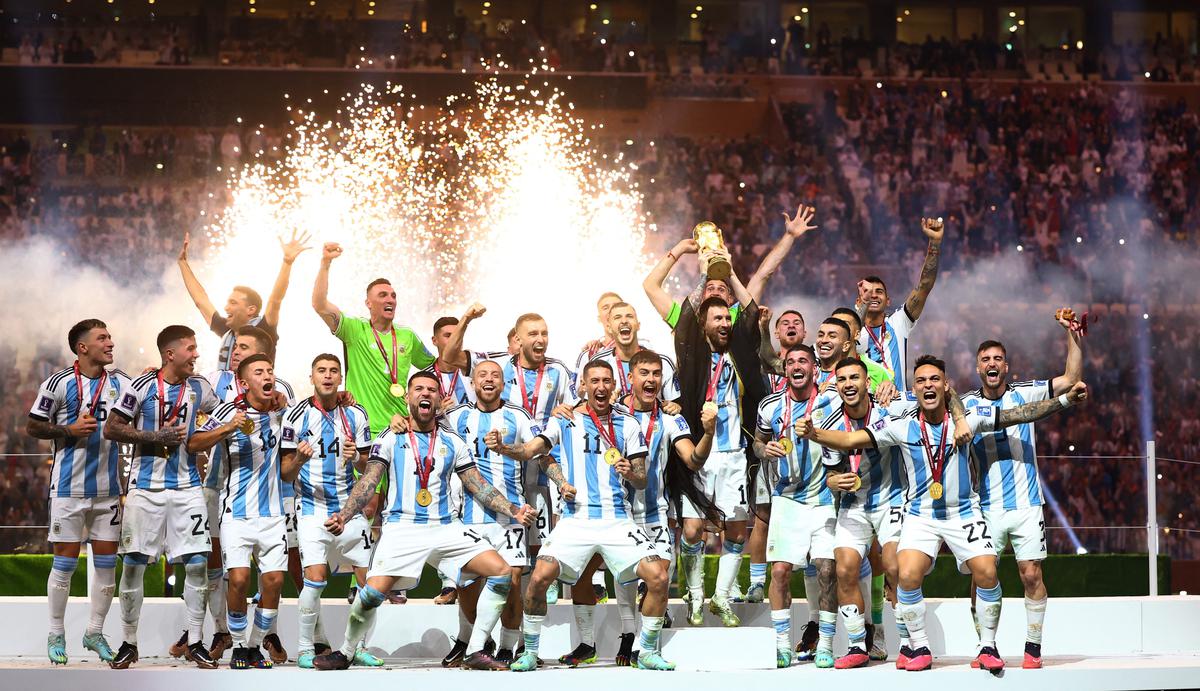 Still, Mark Burns, senior sports business reporter at Morning Consult, points out that soccer attracts a smaller audience in the U.S. than other professional sports do and recommends marketers size any World Cup investments accordingly. Football, baseball, and basketball are more of a draw for Americans.

“While that could change in the years leading up to 2026, marketers still need to keep that in mind,” Burns says. “They also cannot expect to have any type of impact if they execute some type of one-off initiative.”

That’s not to say that bank marketers should throw out the idea altogether, he says. Burns suggests instead that marketers develop a plan that can set the stage for a World Cup campaign. Engage in activity that aligns the bank with the sport ahead of time, he says, and then the World Cup marketing “will resonate more with consumers, especially soccer fans.”

The “American Classic” Super Bowl is frequently compared to the World Cup to measure soccer’s relative popularity. An estimated 208 million viewers tuned in for the 2022 Super Bowl game between the Cincinnati Bengals and the Los Angeles Rams, according to the NFL.

While soccer matches don’t have that level of drawing power in America, a single World Cup game between the U.S. and Wales early on (it happened before the quarter final bracket of the tournament) drew 11.7 million viewers in late November.

The World Cup is also a comparatively cheaper marketing opportunity for those that want to do television advertising. In February 2022, a 30-second Super Bowl spot cost upwards of $5 million. In November, Fox sought $600,000 for 30-second U.S. spots during a premiere game between the U.S. and England, double the rate that some of the other World Cup matches fetched. (However, smaller financial institutions would favor regional or local ads, which cost less.)

Australia’s Commonwealth Bank has made soccer an integral part of its marketing strategy. It is the naming-rights partner of the national women’s soccer team, the CommBank Matildas, and in mid-November, it signed on as the official bank sponsor of the 2023 FIFA Women’s World Cup, which will take place in Australia.

One of the initiatives that is part of CommBank’s sponsorship is a “player escort program,” which will allow 1,500 children ages 6 to 10 to accompany players onto the soccer field at the start of each World Cup match in what the bank called a “money-can’t-buy” experience.

CommBank positions its support of women’s sports as a reflection of its commitment to promoting equality and inclusiveness. 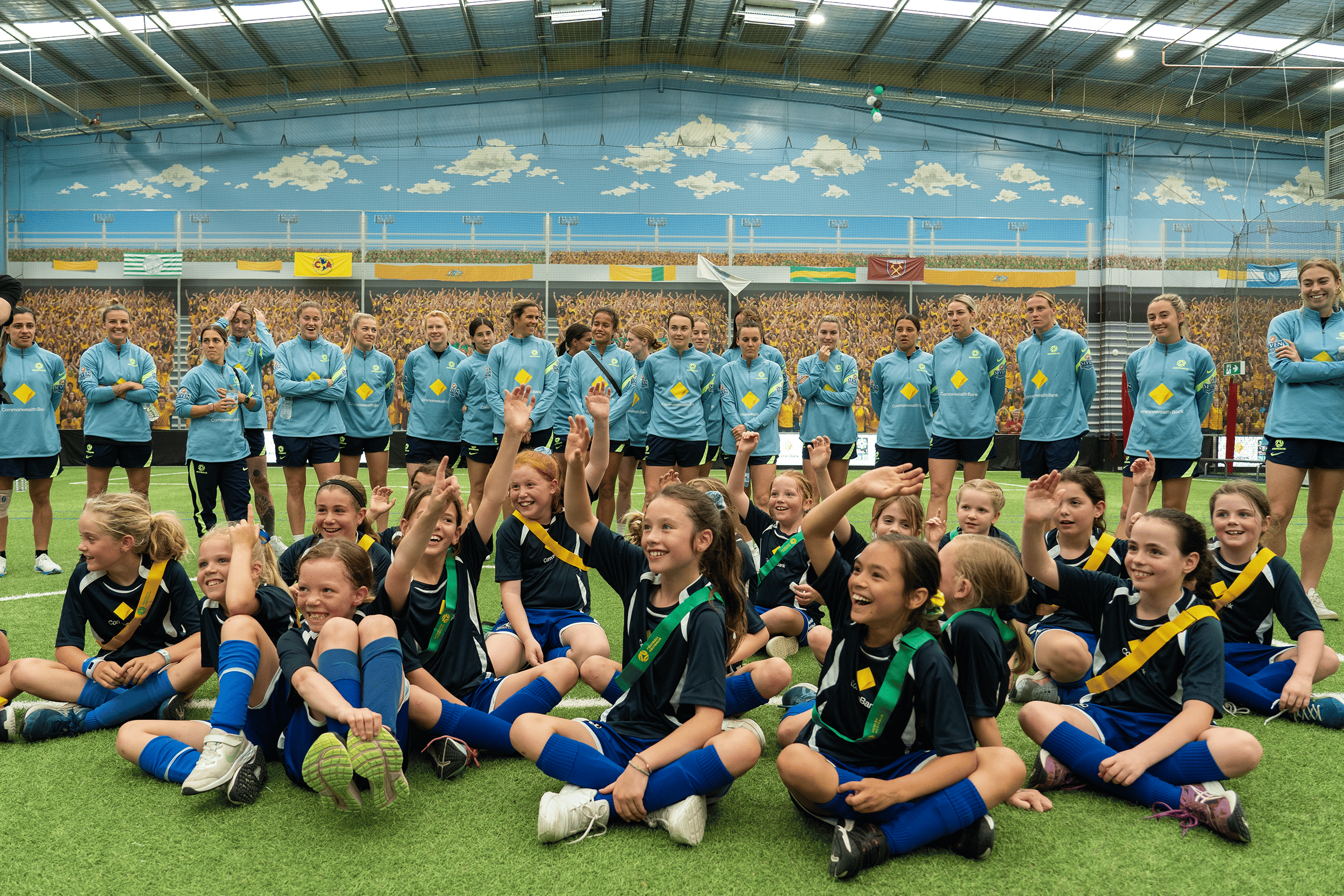 For Renasant Bank, the partnership with the Nashville Soccer Club has been “an incredibly mutually beneficial relationship,” Josh Mabus tells The Financial Brand. Renasant is a client of Mabus Agency, which Mabus leads as the president and chief creative officer.

One of the key benefits for the bank has been exposure. “They’re selling Renasant-branded material in the Nashville International Airport,” Mabus says. “There are national soccer club stores selling jerseys with the Renasant logo.” 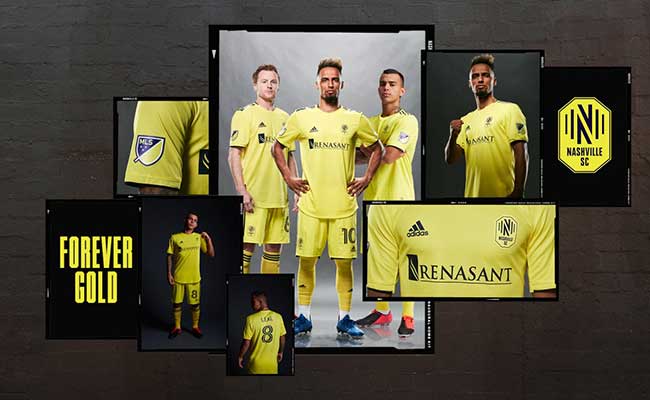 Regardless of the scale of a soccer marketing campaign, Mabus cautions about the need for cultural sensitivity.

Marketers interested in a sponsorship of a professional soccer team should understand the demographics of the fans who support that team.

“The danger is always that balance of celebration versus appropriation,” Mabus says. “If a company — financial or otherwise — plans to use an element of a country’s culture, such as chants, songs or even a team’s colors, it’s imperative they understand the culture itself.”

“Events — like brands and like people — have personalities,” he explains. “The character of Wimbledon’s equity, for example, is vastly different from NASCAR. Often this is true of audience self-selection, as golfing enthusiasts are unlikely to frequent WWE fights.”

Soccer — which Chatterjee calls “football,” just as people in countries around the world do — has a diverse audience, but “may provide disproportionate access to certain segments,” such as Hispanics, he says.

At the same time, a financial institution that has cultural ties to the fan base for a particular team in the World Cup could do well to celebrate this link. Mabus cites Bank of Hope in Los Angeles as an example, with its Korean-American heritage and focus. “If South Korea is playing, Bank of Hope has an opportunity no one else has,” he says.

Marketers interested in the 2026 World Cup should assess whether it feels like a fit from the perspective of what their bank stands for and what its goals are.

To Chatterjee, the branding of a financial institution should reflect traits already associated with soccer.

“If the 2026 U.S. World Cup is perceived to be fun, democratic, energetic and egalitarian, then the kinds of brands that should invest in it are ones that are looking to build or bolster those characteristics within the brand,” he says. If a brand doesn’t embody these attributes, a World Cup investment might not be the way to go.

Burns says he would ask banks that are considering a campaign with a World Cup tie-in to assess their goals first.

In his view, the World Cup is a venue for splashy goals like establishing strong brand awareness, not so much for promoting a product.

“Do you maybe already have a strong brand identity, but you are trying to launch a new product or service and want to communicate that message to a World Cup-sized audience?” Burns asks. In that case, a smaller investment elsewhere in sports marketing may be better suited.

Burns also advocates getting hyper-creative when crafting the marketing plan. He considers strong brand recognition and unorthodox ideas to be the only way to succeed in World Cup advertising.

A brand that fails to tug on a person’s heartstrings or inspire awe will get lost, he says.