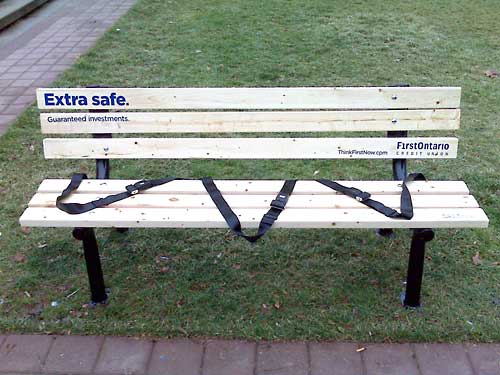 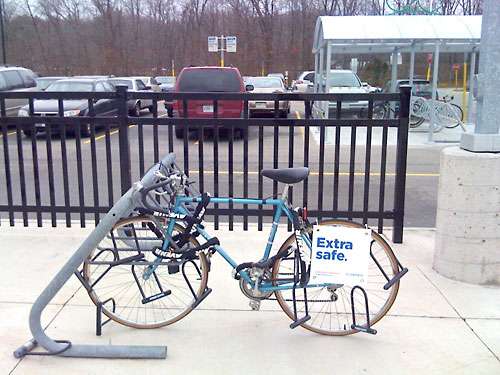 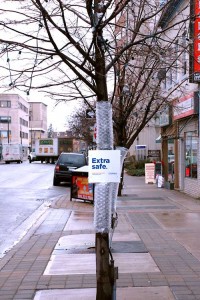 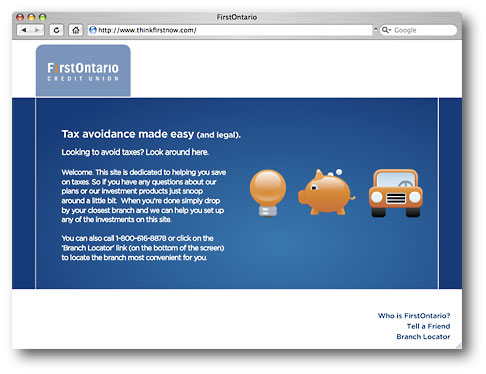 The “Think ‘First’ Now” Website
A simple microsite with advice about how to save money on taxes.

“We anticipated we would
have some push-back
from the city.
We didn’t think
it would be out there
for too long.”
— Mandy MacPhee, FirstOntario

FirstOntario deployed all four displays in three communities, and three of the displays in five others. They also plus extra bike diplays in GO service stations.

In an article about the campaign, Mandy MacPhee, Director, Marketing Communications/FirstOntario, says the campaign was intended to show they are an “extra safe” choice in a time of economic turmoil.

After inquiries from a local reporter, the city investigated and told FirstOntario to remove the items promptly.

“We anticipated that we would have some push-back from the city,” MacPhee said. “We didn’t think it would be out there for too long.”

“Most displays were kept out for approximately one week before city officials contacted us,” Macphee told The Financial Brand.

The credit union went ahead with the campaign without city permission to get their message out “as quickly as possible.”

“We believe in communicating our message in a creative, fun, and interactive way in our communities” said Christine Zalzal, AVP Marketing/FirstOntario. “Since we are a community-based organization, we can reach out in a more interactive and personal way.”

In an interview with The Financial Brand, MacPhee said the main objective for the campaign was “to garner media attention and create buzz in our marketplaces, which in qualitative terms, achieved this successfully.” The credit union plans on conducting brand equity research later.

According to The Spectator, MacPhee says this is the first time her company has tried this form of marketing, but it likely won’t be the last. She says they’ll continue trying different “interactive” ways to get publicity.

The campaign is the work of TBWA\Toronto. They have been FirstOntario’s agency of record since August 2008.

Key Takeaway: This kind of marketing shows how a radical idea can cut through the clutter, clatter and din in today’s marketing-saturated world. Some experts say we see as many as 3,000 marketing messages every day.