To support the launch of its new iPhone app, European insurance giant AXA produced a series of print ads that spring to life when you lay your iPhone on them. Ads in newspapers and magazines show photos of bizarre car accidents, except part of the photo is missing. You have to place your iPhone on the ad to discover what happened. Watch the video below to see how it works. It’s a cool idea.

“The Journey” is Standard Chartered Bank’s quarterly online wealthy management magazine. It is slick, with its 3D revolving interface — very cool. It’s one of the most interesting online publications you’ve seen from a financial institution. 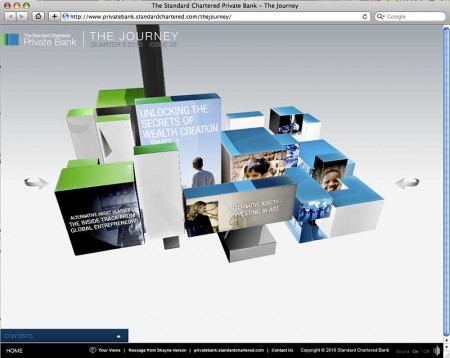 Barclays is following up the success of their Barclaycard Waterslide Extreme game (which was downloaded some 12 million times) with Rollercoaster Extreme, available free for both iPhones and iPads. In Rollercoaster Extreme, the character rides through four New York environments, avoiding the obstacles and racing against the clock. The four all time top scorers will be sent on a trip to Las Vegas for the Rollercoaster Extreme game playoffs in January 2011 for the chance to win £50,000. This is at least the third really cool game Barclays has released recently, clearly indicating the bank’s strategy to target young, tech savvy consumers through interactive video games. Have you seen 53 Sage Street? 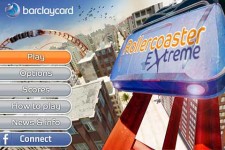 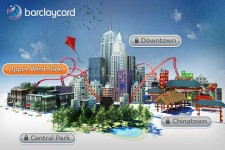 This makeshift series of billboards on the side of the road in a farmer’s field is exactly what great outdoor advertising is all about: environmental context. 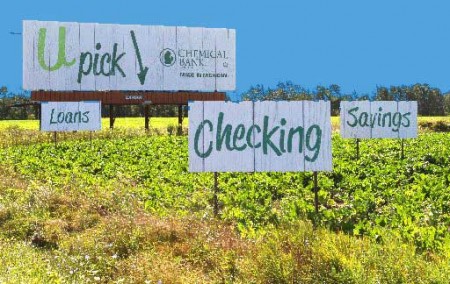 If you want to make a unique ad in the financial space, you have to dump actors and all those images of people. They used a watermelon as a metaphor for a “big bank” that’s about to crush the “little guy,” a puny grape. Credit unions should take note: This is how you sell “the CU difference,” not by telling people about abstract concepts like “people helping people” — you show them.

Central 1 – What Is a Credit Union

A series of one-minute videos from Central 1, a trade group for credit unions in British Columbia, explain what credit unions are, what a credit union can do for you, and what credit unions do for the community. The stop-motion cinematography is both distinctive and visually engaging. It’s somewhere between the style of Rudolph’s Christmas story and the zaniness of MTV’s Celebrity Deathmatch. Views: 1,394.

While the Goldman may not have the foggiest idea how to improve its brand reputation with ads, the investment behemoth definitely knows how to put together a killer recruitment campaign. The bank knows the only way it’s going to stay on top is by attracting the brightest minds in finance, and manages its brand with job seekers and college grads accordingly. Agency: Clark Moss. 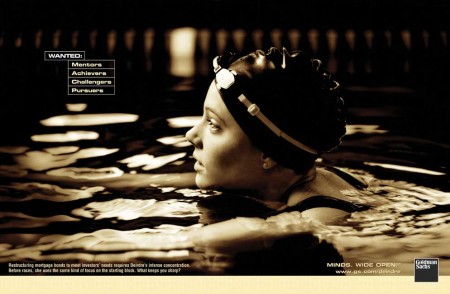 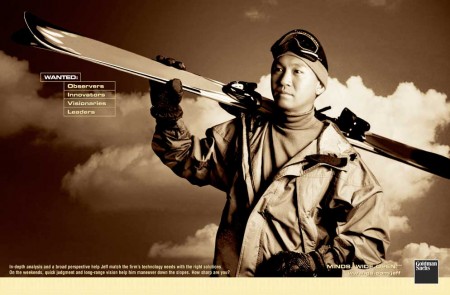 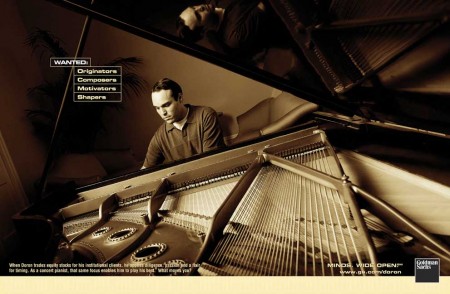 The Financial Brand continues to be impressed with the number of credit unions who are able to professionally execute TV spots with a stream-of-consciousness collage.

If you’re a fan of the Cincinnati Bengals, you’ll probably like this spot. If you don’t like looking at fat, shirtless guys, you might not. The ad promotes “Bengals Checking.” The account features a debit card with a badass Bengals design. Agency: Olson.

ING DIRECT’s signature orange corporate “ball” comes to life in a series of fictional interventions. The ball becomes a metaphorical financial elixir, as one person hands the ball to someone else who desperately needs to make their financial life easier. “Here…touch the ball.” 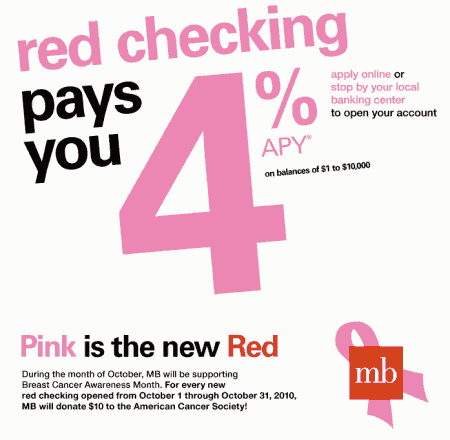 The body copy in these attractive ads make a sharp right turn to support the clichéd headline. Between the type size and typesetting, they aren’t the easiest to read, but they are pretty and different. The copy reads: “It’s important to remain upbeat in a downturn. It’s a chance to re-evaluate, reinvigorate and even thrive. At Barclays Corporate, we’re helping thousands of businesses prepare for a brighter future.” Agency: BBH London. 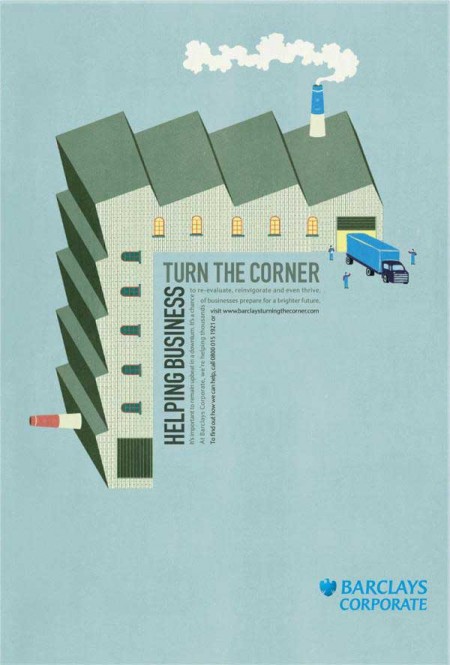 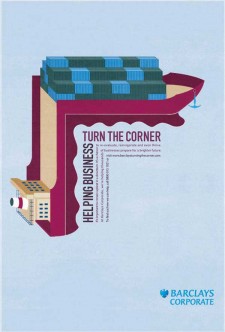 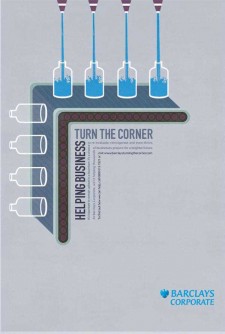 An uplifting and empowering TV spot with a limerick about going places — a triumphant celebration of doing what you want.

The announcer withstands attacks from a sumo wrestler, a charging elephant and a wrecking ball while telling viewers how strong the bank is. He cites the bank’s AA+ rating from Standard & Poor’s. But hey, wait a second… Aren’t those the same bozos that rated mortgage-backed turds AAA+?

“After all the financial world has faced, we still earned a AA+ rating from Standard & Poor’s.” Great…so that makes them a little less safe than a credit default swap?

Recently, it seemed home equity promotions were nearing extinction. This beast was once commonly found in the pages of newspapers across the country… You know, back when there were newspapers and people actually had equity in their homes? Very rare these days. 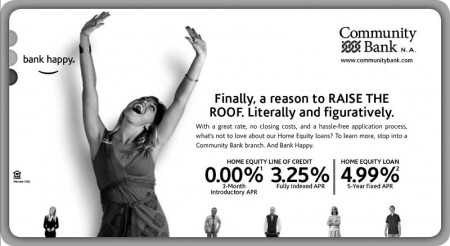 The bank says the new logo reflects its core values. “Same colors but a more direct statement. It says who we are and reflects our core values in the tag line,” a spokeswoman told the Albany Democrat Herald. “We’re a neighbor-to-neighbor operation. And we’re invested in all our communities.”