Subscribe Now Get The Financial Brand's FREE Email Newsletter
In the post-Lehman climate, banks have focused their attention on regaining consumer trust, and they’re leveraging the power of moving images to get there.
Subscribe Now!

Video as a Medium to Build Trust 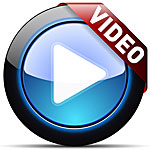 The traditional approach to video — television advertising — focused on a broadcasting a “we are great” message. This model is quickly becoming irrelevant in the banking industry. In an increasingly savvy and financially empowered marketplace, consumers have the need to feel involved, empowered and engaged with the brands they buy.

“The measure most people closely associate with making a purchase is trust,” points out Barclay’s managing director for marketing, Sara Bennison, in an interview with Marketing Magazine “That is very different from the old model, namely that awareness drives purchase.”

In the old days, the general consensus was, “Run more ads, get more customers.” It seems so simple, it’s almost quaint. But it doesn’t work anymore (or at least not as well as it once did).

Barclays’ Life Skills campaign is a prime example of a bank adapting its marketing to move away from this “awareness-for-awareness sake” mindset. They have evolved towards a more socially engaged strategy that favors two-way dialogue over one-directional monologues. Video is a key pillar of Barclays’ Life Skills project, a public-service campaign focused on improving the basic financial knowledge of young people. At launch, they rolled out seven half-minute videos showcasing the personal and authentic stories of young people. 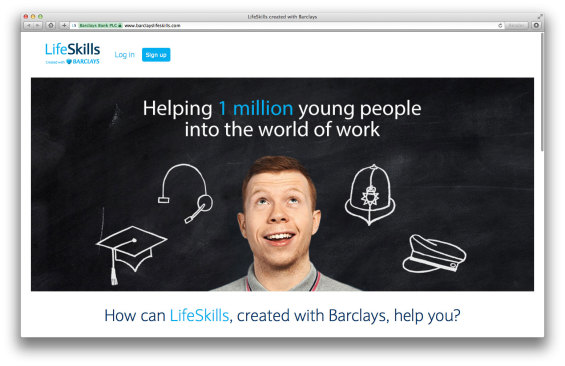 This strategy of shifting focus from a company or product to an outcome or benefit has long been accepted in marketing circles, as it puts consumers front and center in the marketing conversation. It’s something the medium of video lends itself well to, and pairs beautifully with social media for content distribution and promotion. Through the power of testimonials and interviews, banks can create a sense of genuine authenticity. And in an age of rehashed promises and a cynical consumer base, this kind of customer driven marketing can be of inestimable value as more and more big banks attempt to use it to rebuild trust and repair damaged reputations (something Barclays earned themselves after the Libor scandal of 2012).

Video Distribution: Getting People to Tune In

The commonality among practically all of the most successful video marketing campaigns is in how the message was pushed out, amplifying those campaigns to ensure the videos reached the widest audience possible.

Banks can have the best content in the world, but unless it’s actually seen by the right audience at the right time, then the greater the chances that their campaigns fall flat. In other words, you will never have a shot at “going viral” without having the fundamentals of effective distribution in place first, and even then it still requires that your content stands out from the crowd. Get these both right — quality content and effective distribution — and your odds of success skyrocket.

Take this video from TD Canada showing customers receiving surprise gifts from their ATM. This production went viral faster than any other banking promotion. The “Automated Thanking Machine” video has now been viewed over 12 million times. The video certainly cost TD a fraction of the budget of a typical TV ad campaign, and arguably did more to humanize it the bank than a scripted television production ever would.

By distributing “guerrilla-style” marketing videos such as this across social media channels, banks could maximize exposure to the point that campaigns essentially become organically self-sustaining.

One of the easiest ways banks (and many other financial institutions) have begun to increase their exposure online is through paid online media. YouTube allows marketers to target audiences based on search terms and interests, and — much like Google’s AdWords campaign — they have seen huge interest from advertisers looking to tap into the huge volumes of search traffic flowing through these platforms (fact: YouTube is the second largest search engine after Google). The simplicity and measurability of these pay-per-click campaigns make them an attractive option but they can’t be the whole package.

Banks have long understood the power of social media. BofA was one of the first companies on Twitter, and Chase was one of the first companies to successfully leverage Facebook. Today, all the big financial institutions including Navy Federal, Bank of America and NatWest have invested significantly in YouTube to showcase their video content — from self-hosted channels to paid advertising.

But what about those financial institutions that aren’t big enough to have a millions of dollars or a massive fan base? That’s where “earned media” comes into play. “Owned media” is defined as communication channels that are within your control, such as websites, blogs, or email. “Paid media” refers mostly to traditional advertising. “Earned media,” on the other hand, is generated when content gains traction without traditional paid advertising, typically through communication channels like social media and word-of-mouth.

Effective video distribution when shooting for earned media can’t be an afterthought; it must be at the forefront of planning, and inform every decision concerning content. For your audience share your videos — brand advocates willing to do your distribution work for you — marketers need to understand these people like never before. Who are they likely to be? How old are they? Are they more likely to be male or female? What social media platforms do they tend to share content on? What time are they most active on social media? All these questions should be considered when planning a video campaign. Most of all, your campaign should be about them and not about the bank.

The chief content officer of CU Grow, Jonathan Lay, talks of the importance of always creating a compelling narrative. “If you don’t have a compelling story to tell, choose a different medium,” he says. “And don’t make the [financial institution] the central character. If the story is about a [consumer] buying a house or a car, make them the focus, with the [institution] as a secondary character.”

Ultimately earning trust boils down to this fact: people connect with other people. To truly engender consumers’ trust, financial institutions must continue to leverage and seek to understand how the video medium can be used to tell and share human stories.

About the Author: Jon Mowat is Managing Director of Hurricane Media, a video marketing and production company based in Bristol, England. He has created video campaigns for many financial institutions, including the Barclaycard #Paywag viral video.